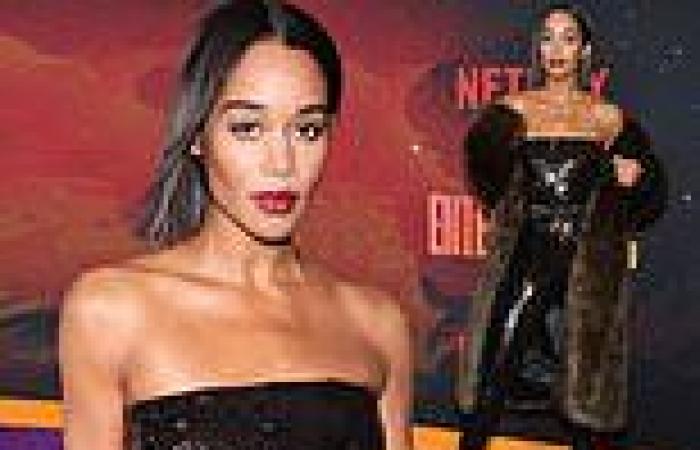 Kid Cudi's eighth studio album, Entergalactic, serves as the musical component to his new adult animated television special of the same name that premieres on Netflix on September 30.

Ahead of the double drop, many of the star-studded cast who voiced their roles in the animation attended the premiere event held at The Paris Theater in New York City on Wednesday, which included Laura Harrier.

In the special, Kid Cudi (born Scott Ramon Seguro Mescudi), voices Jabari, a charming, streetwear-clad artist on the cusp of real success who has to figure out whether he can make space for love in his life after meeting his cool new neighbor, Meadow (Jessica Williams). 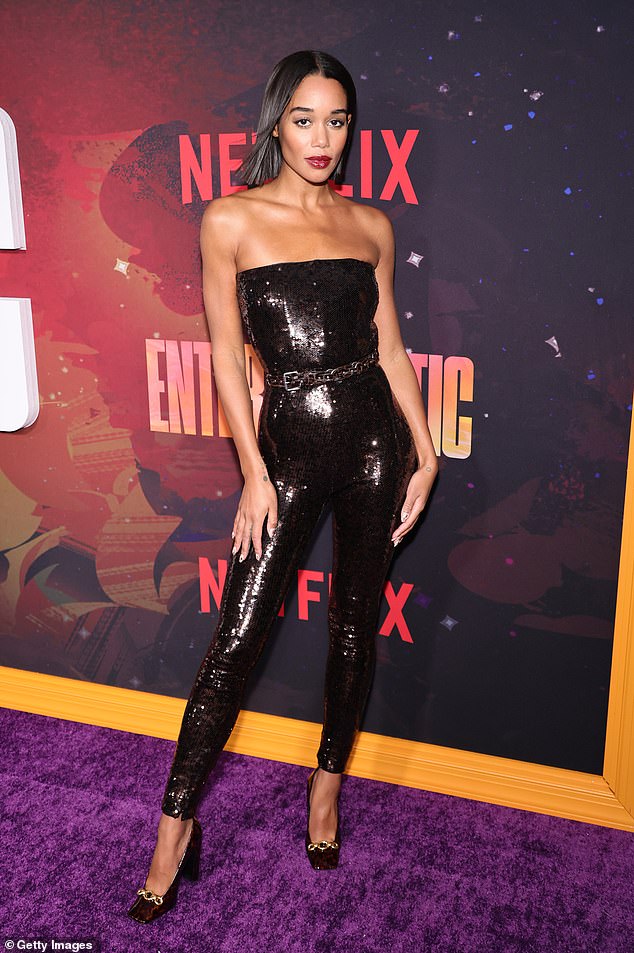 Harrier, who plays Carmen, Jabari's ex-girlfriend, hit the red carpet portion of the event decked out in a skin-tight black-patterned jumpsuit.

The shiny off-the-shoulder number hugged her statuesque 5ft9in figure from top to bottom.

At a certain points the newly engaged actress and model, 32, added a brown furry coat to her ensemble, which she wore hanging off her shoulder for the most part, along with matching heels.

On this night, Harrier had her raven tresses styled straight and sleek, about shoulder-length, with a part in the middle. 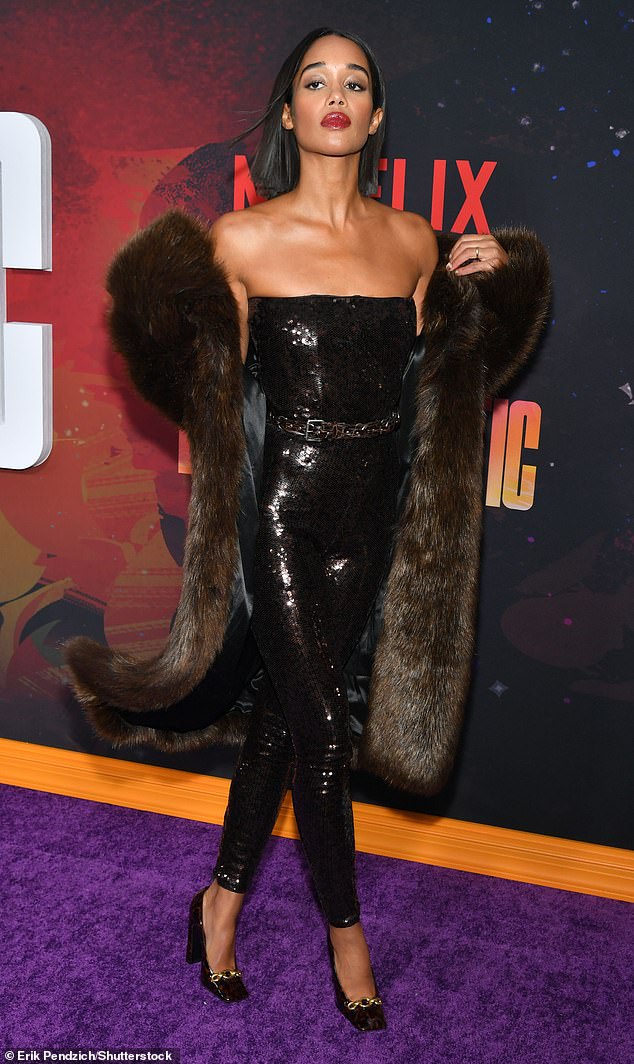 Originally intended be a television series, the format for Entergalactic would eventually be changed to a television 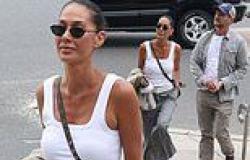 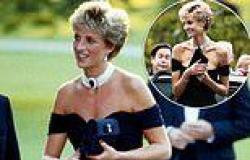 Madewell’s Entire Site Is Half Off, This Black Friday Weekend Only fashion 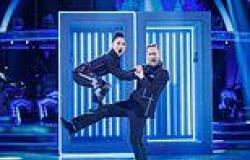