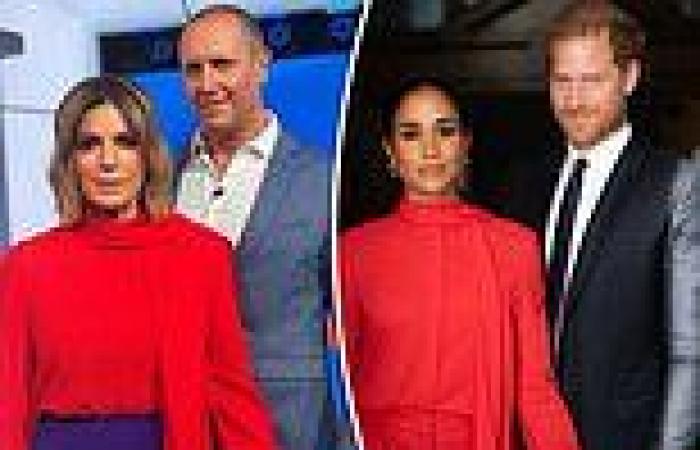 Two Australian TV presenters have parodied Prince Harry and Meghan Markle's new 'power portraits' which were released to the media this week.

The images, taken before the Queen's death last month, show the Duke and Duchess of Sussex backstage at the One Young World summit in England.

Kylie Gillies and Larry Emdur, co-hosts of Channel Seven's The Morning Show, mimicked the couple's unique pose, which saw Meghan standing in front of her husband as she held his index finger.

They decided to take the photo because Gillies had shown up to work wearing a red blouse with a long scarf similar to the one Meghan had worn in her portrait.

Gilles, 55, banded the royal pair 'the Duke and Duchess of BS' in her brutal caption.

'The Duke and Duchess of BS. That's my caption,' she wrote.

The original picture shows Meghan in a red blouse and matching trousers with a chunky gold ring and earrings. 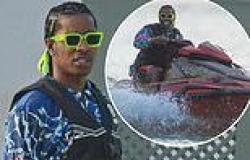 Tuesday 29 November 2022 01:51 AM ASAP Rocky cruises around on a Jet Ski while vacationing with Rihanna in ... trends now 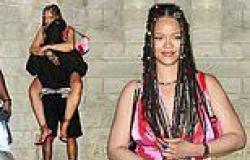 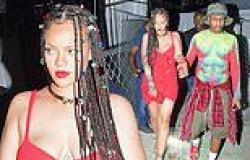 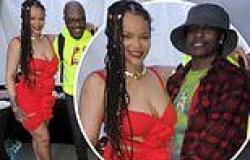 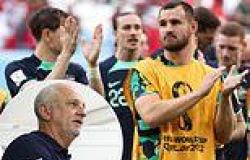 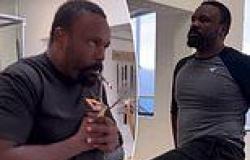