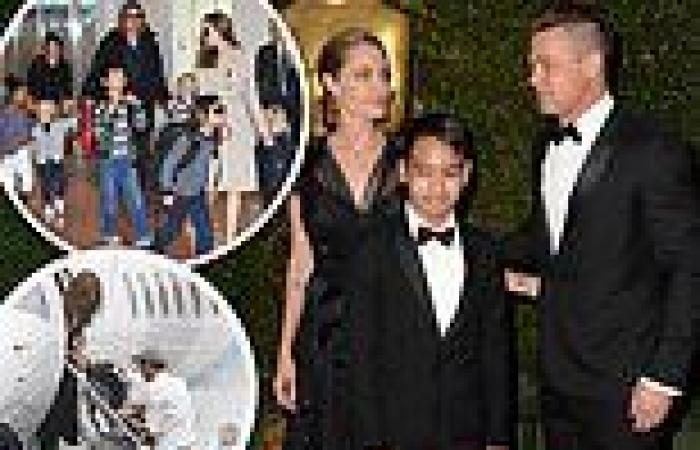 The journey started with an argument on the way to the airport — and ended 6,000 miles away with a family torn apart.

Or, as lawyers for one of the world's most famous actresses now bluntly put it: 'On September 14, 2016, [Angelina] Jolie's marriage came to an end.'

That was the day when Jolie and her then-husband Brad Pitt boarded a private jet with their six young children in the South of France, planning to return to Los Angeles after a two-week holiday at their vineyard in Provence.

Exactly what took place on that overnight flight has long been contested. What no one disputes is that the glittering 'Brangelina' roadshow — which had kept the world awed and entertained since 2005 — had ground to a halt by the time the plane touched down.

Upon arrival in LA, Jolie shepherded the children to a hotel, later telling authorities that Pitt, now 58, had behaved 'like a monster'.

The resulting divorce has proved acrimonious even by Tinseltown standards. 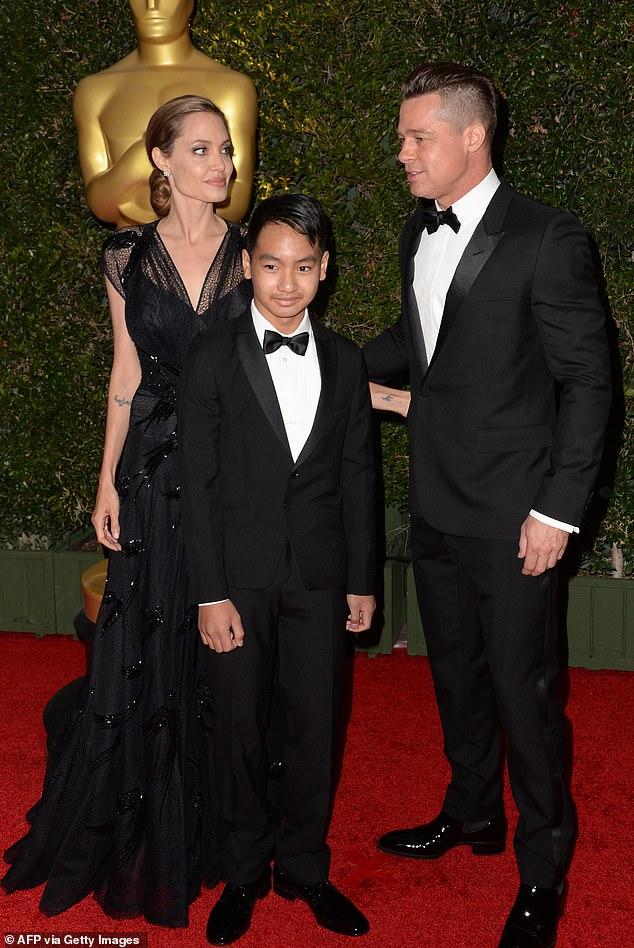 The latest court filing provides startling new allegations, in particular Jolie's accusation that her ex-husband, pictured with her in 2013,  who had reportedly been drinking heavily, punched and choked their children as well as assaulting her

The latest court filing provides startling new allegations, in particular Jolie's accusation that her ex-husband — who had reportedly been drinking heavily — punched and choked their children as well as assaulting her. Left unchallenged, in the post-MeToo landscape, such claims could torpedo the career of Pitt, Oscar-winning star of Ocean's Eleven, Fight Club and Once Upon A Time In Hollywood.

Despite an FBI investigation into the incident, Pitt has never faced any charges over his behaviour that night. However, Jolie's lawyers now claim that the FBI agent who investigated the allegations had 'probable cause to charge Pitt with a federal crime for his conduct that day'.

Pitt has always denied wrongdoing and his representatives have rejected Jolie's latest claims as 'completely untrue'.

When the plane took off, the whole family — including the couple's three biological offspring, Shiloh, Knox and Vivienne, and their older adopted children, Maddox, Pax and Zahara — were on it. The children were then aged between eight and 15.

According to court documents: 'Throughout the long, overnight flight, Pitt was physically and emotionally abusive to Jolie and their children… after that flight, for her family's wellbeing, Jolie decided to file for divorce.'

She says that Pitt's 'aggressive behaviour' started even before the family got to the airport, when he had a 'confrontation' with one of the children.

After the flight took off, Jolie says she went up to her husband and asked him what was wrong. He 'accused her of being too deferential to the children and verbally attacked her', it's claimed. An hour-and-a-half later, Pitt is said to have 'abruptly' walked over to Jolie, demanding, 'Come here,' and directing her to the back of the plane. The court filing continues: 'He pulled her into the bathroom and began yelling at her. Pitt grabbed Jolie by the head and shook her, and then grabbed her shoulders and shook her again before pushing her into the bathroom wall.'

He then punched the ceiling of the plane 'numerous times', prompting Jolie to leave the bathroom, it's alleged. As she left, one of their children asked, 'Are you OK, Mommy?' to which Pitt reportedly shouted back, 'No, Mommy's not OK' and started raining insults on Jolie.

When one of the children spoke out to defend her, Pitt allegedly lunged at the child, whereupon Jolie grabbed him from behind to stop him.

To get his wife off him, her lawyers claim, Pitt threw himself backwards into the airplane's seats, injuring her back and elbow. 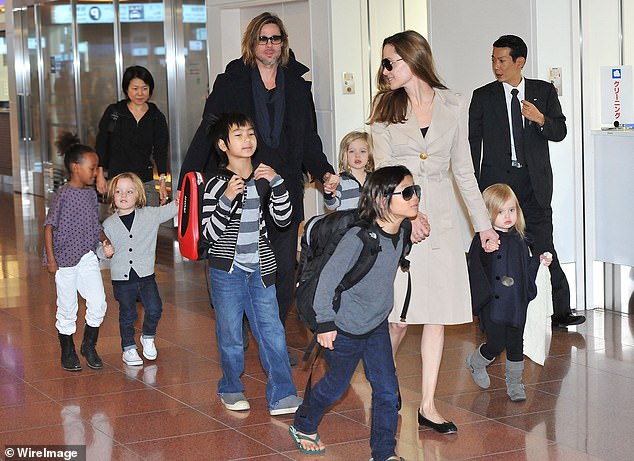 Flying high: Couple in 2011 with their family at an airport in Japan

They continue: 'The children rushed in and all bravely tried to protect each other. Before it was over, Pitt choked one of the children and struck another in the face.'

The court filing doesn't identify which children were allegedly targeted, although sources long ago indicated it was 15-year-old Maddox, whom Jolie had adopted as a baby from Cambodia before she began her relationship with Pitt.

While some of the children pleaded with Pitt to stop, they were all frightened and many were crying, it's claimed.

'With nowhere to go to avoid Pitt's wrath, Jolie and the children sat still and silent under blankets. Nobody dared to go to the bathroom. Pitt periodically emerged from the back of the plane to yell and swear at them,' claim Jolie's lawyers.

At one point, it's claimed, he poured beer on his wife, while he also poured beer and red wine on the children. 'After many tense hours, Pitt finally fell asleep,' the court filing alleges.

Jolie then arranged for separate cars to pick them up in LA. After they landed,

PREV Zoe Saldana, Kate Winslet and Sigourney Weaver stuns at the Avatar 2 photo call ... trends now
NEXT Emails from Dua Lipa's father show he DID try to get his singer daughter to ... trends now 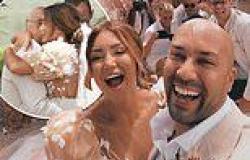 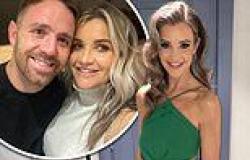 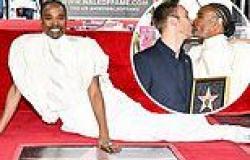 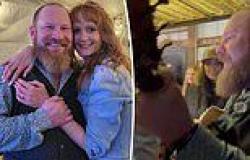