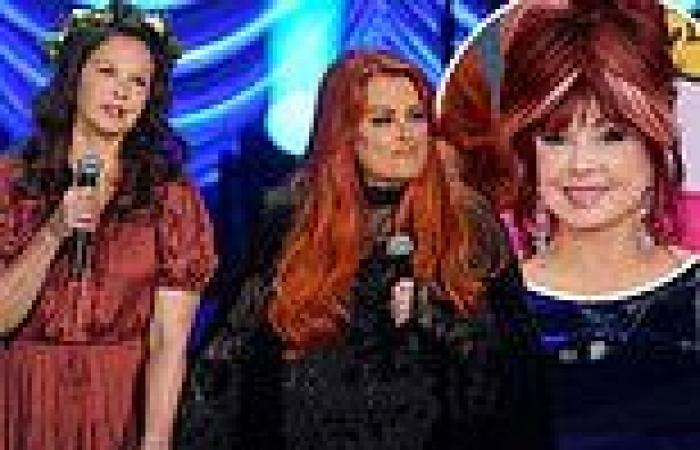 Wynonna Judd broke her silence and addressed rumors that she and her sister Ashley Judd are feuding over their late mother's estate in the wake of her death by suicide at age 76 this past April.

In the cover story of this week's People, Wynonna revealed she first learned of the rumor while chatting with someone at Ashley's house.

The country music star, 58, made it clear 'there is no argument' between herself and Ashley, 54, over their mother Naomi Judd's will. 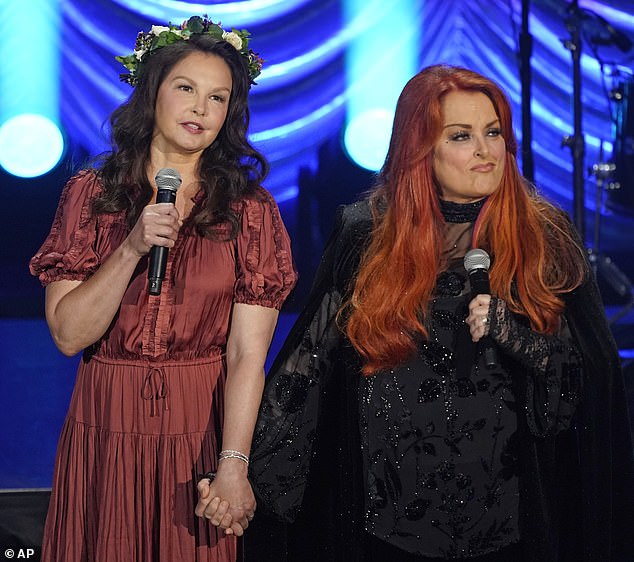 Denial: Wynonna Judd addressed rumors that she and her sister Ashley Judd are feuding over their late mother's estate following her death by suicide at age 76 in April; Wynonna is pictured on right with Ashley at the tribute to their mother on May 15 in Nashville

In fact, Wynonna would go on to confess that her relationship with her younger sister has gotten stronger since their mother's death, and that the tragedy has brought them closer.

'I feel like we're connected in a way that is so different because I'm an orphan,' she said, in a reference to having lost both her father and now her mother.

'Both my parents are gone, and I'm relying on Ashley. She's relying on me in a different way that's about compassion. It's not about being successful and smart and capable. It's about, "I love you. I love you, too." We're vulnerable with each other, and we're tender.'

Wynonna's father, Charles Jordan, passed away back in August 2000, while Ashely's dad, Michael Charles Ciminella, a businessman and marketing consultant, is still alive and well.

According to Wynonna, her mother named her second husband, Larry Strickland, as the executor of her estate that's said to be worth around $25 million dollars, as reported by RadarOnline. They were married more than 33 years at the time of her death. 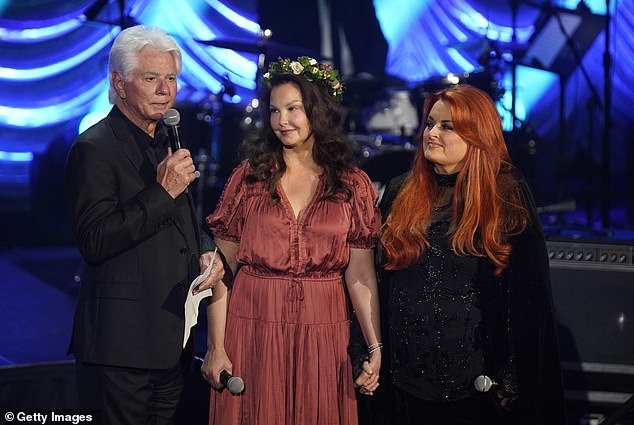 Family grieving: Wynonna said her mother named her husband of 33 years, Larry Strickland, executor of her estate; Strickland and the Judd sisters are seen at the tribute show for theor mother in Nashville on May 15 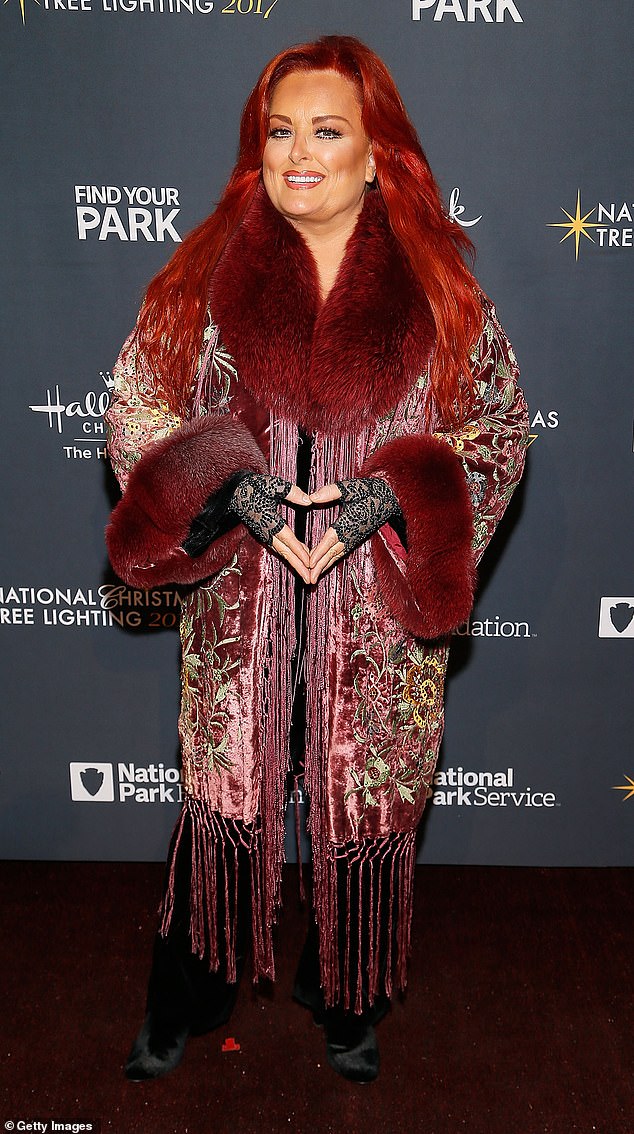 Not contesting: Wynonna maintains she has no intention of contesting her mother's will

The sisters will eventually take over their mother's 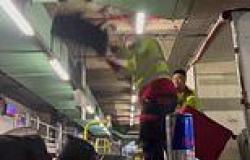 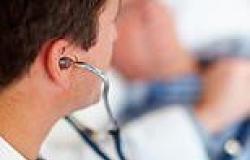 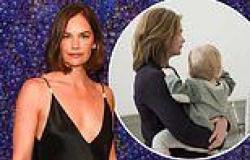 Ruth Wilson, 40, admits she 'thinks about having a baby every day' trends now 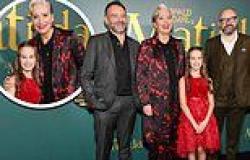 Emma Thompson turns heads in red at the Matilda the Musical screening in New ... trends now