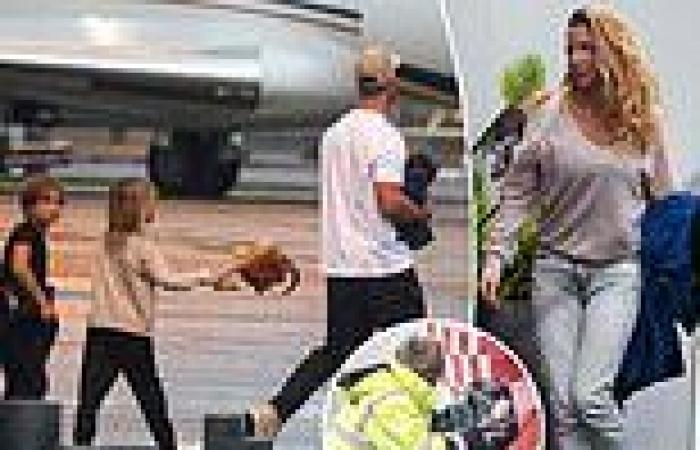 Chris Hemsworth's eight-year-old son Tristan quite literally followed in his father's footsteps in Thor: Love and Thunder, appearing as a young version of the Norse god.

And it seems that he and his twin brother Sasha are big fans of their famous dad's work as they carried a replica of Thor's hammer while boarding the clan's private jet in Sydney on Thursday.

The Australian actor, 39, his wife Elsa Pataky, 46, the twin boys and their 10-year-old daughter India were travelling from the Harbour City back to their home near Byron Bay. 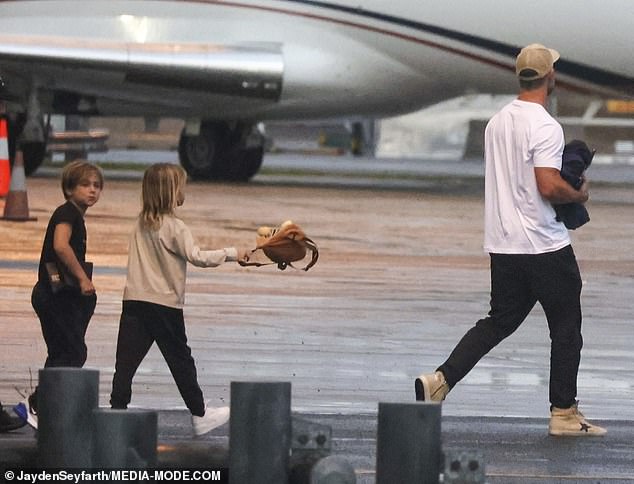 Chris Hemsworth, his wife Elsa Pataky and their children -  eight-year-old twins Tristan and Sasha and daughter India flew to Byron Bay via private jet from Sydney this week 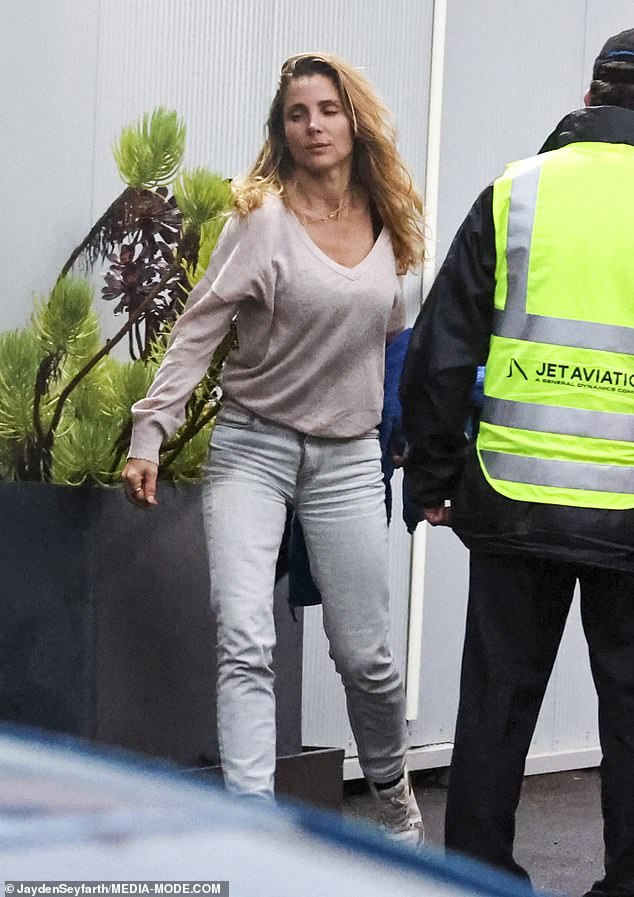 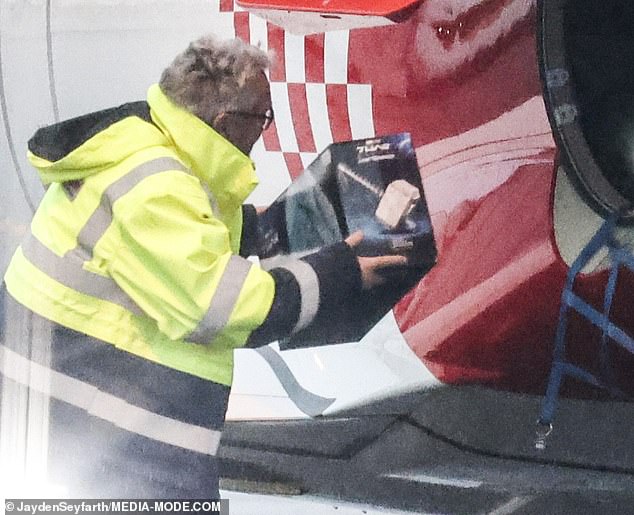 As the family boarded the plane, a ground worker rushed over to make sure they had the toy Legends series Mjonir, which retails at $270

Chris, who recently launched his own production company, paired a black tracksuit pants with white high top sneakers and crisp white T-shirt as he boarded the jet.

Topping off the look with an off-white baseball cap, the father-of-three clutched a black jacket. 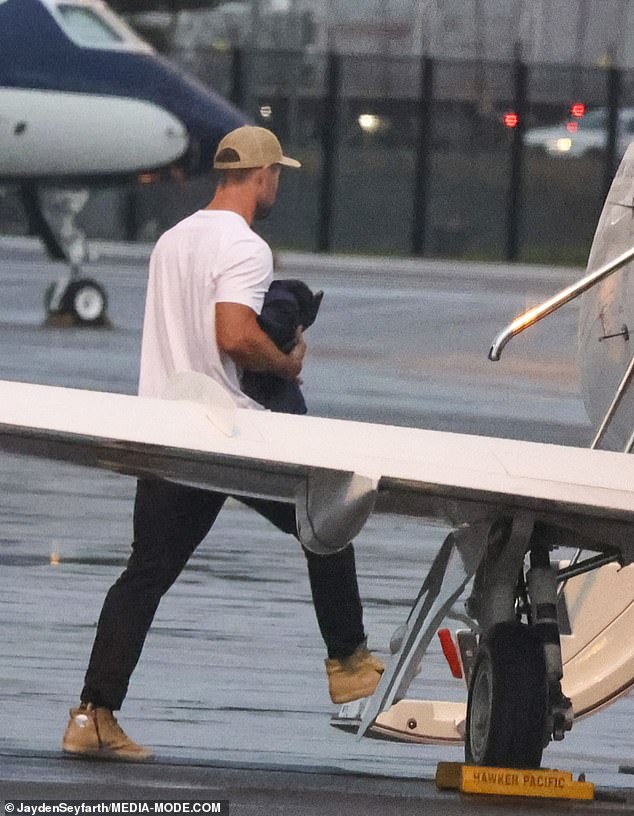 Chris, who recently launched his own production company, paired a black tracksuit pants with white high top sneakers and crisp white T-shirt as he boarded the jet 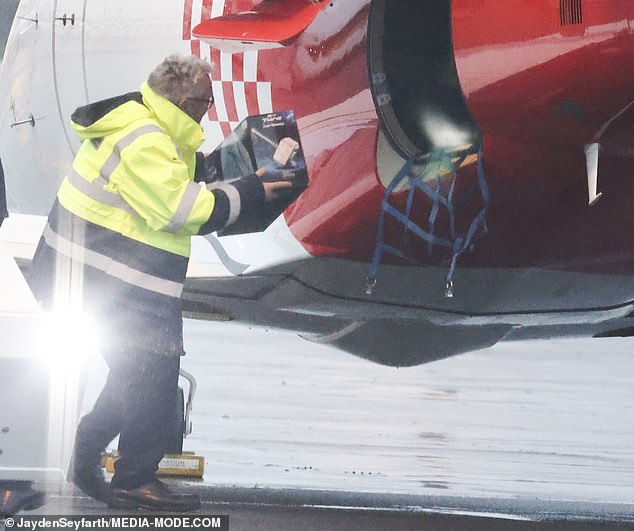 The replica shows the hammer broken up and pieced together, meaning it's actually a replica of Mighty Thor's hammer - which is used by Natalie Portman's character Jane Foster in the hit Marvel film 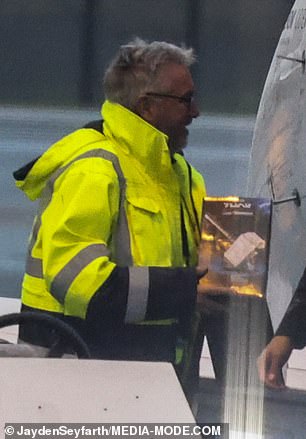 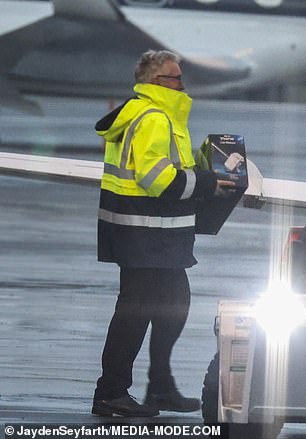 An airport worker was sure to deliver the toy