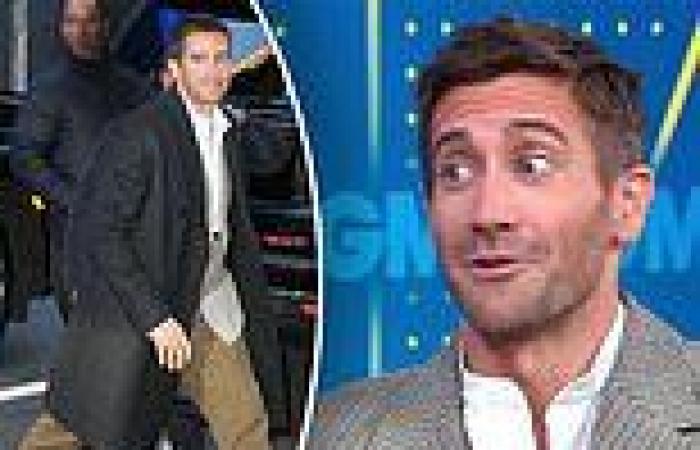 'He was always so lovely to me': Jake Gyllenhaal talks Donnie Darko co-star Patrick Swayze as he dishes on remaking the late icon's classic Road House

By Sharon Mai For Dailymail.Com

The film star wore a charcoal pea coat over a hounds tooth blazer and a simple white button-up.

The film star, 41, was joined by his Strange World co-star Gabrielle Union to talk about voicing the upcoming animated adventure film. And he also touched on starring in a remake of Patrick Swayze's film Road House. 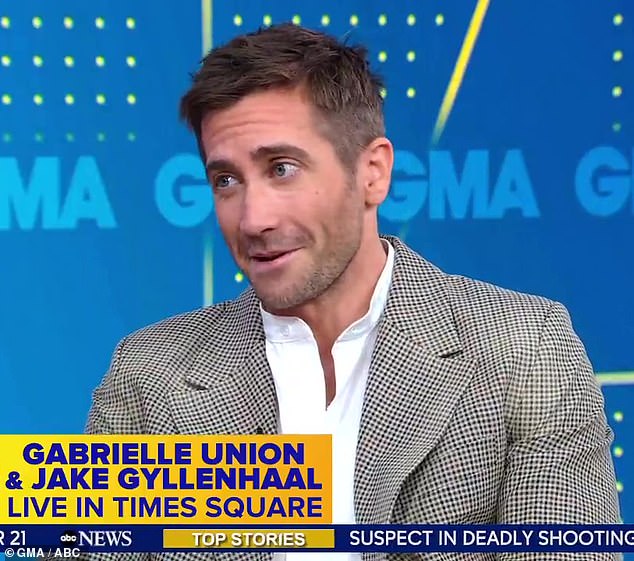 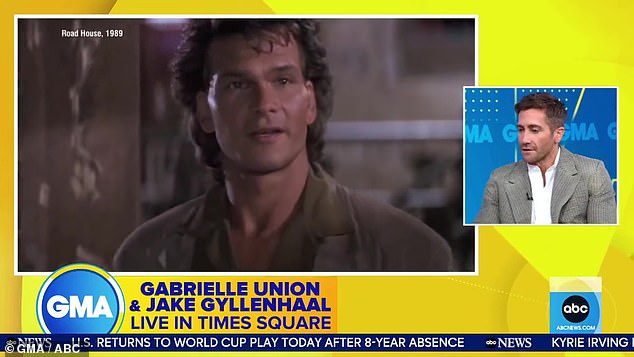 New but old: Although the film is a reimagining of the original project, he said there are still elements from Swayze's version

He paired the look with chestnut-colored trousers and white sneakers.

On his Monday appearance, the star talked about just finishing filming on the remake of the late Patrick Swayze's 1989 action film Road House.

Although the film is a reimagining of the original project, he said there are still elements from Swayze's version. 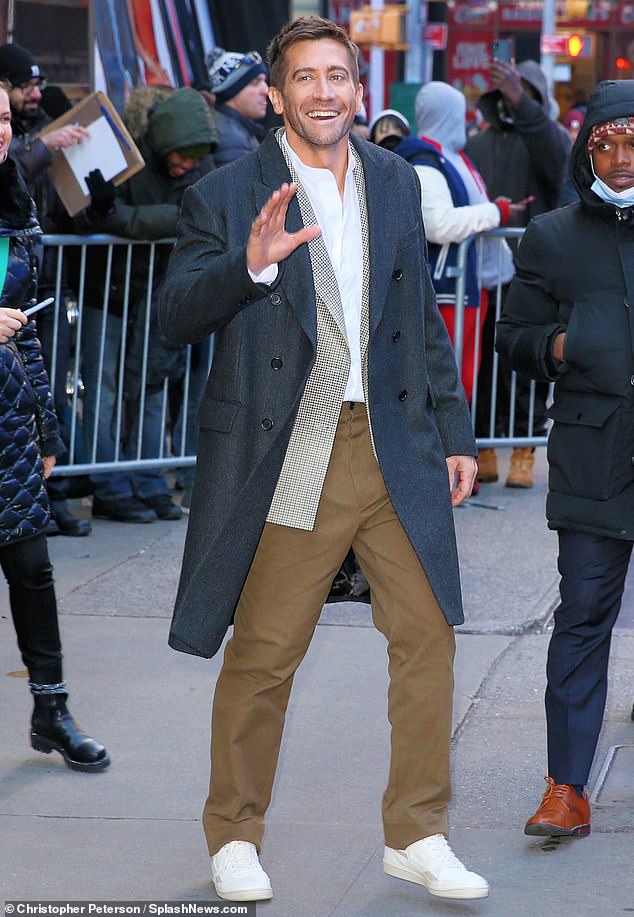 Say cheese! The Strange World star was all smiles as he finished the taping and left ABC Studios in New York City 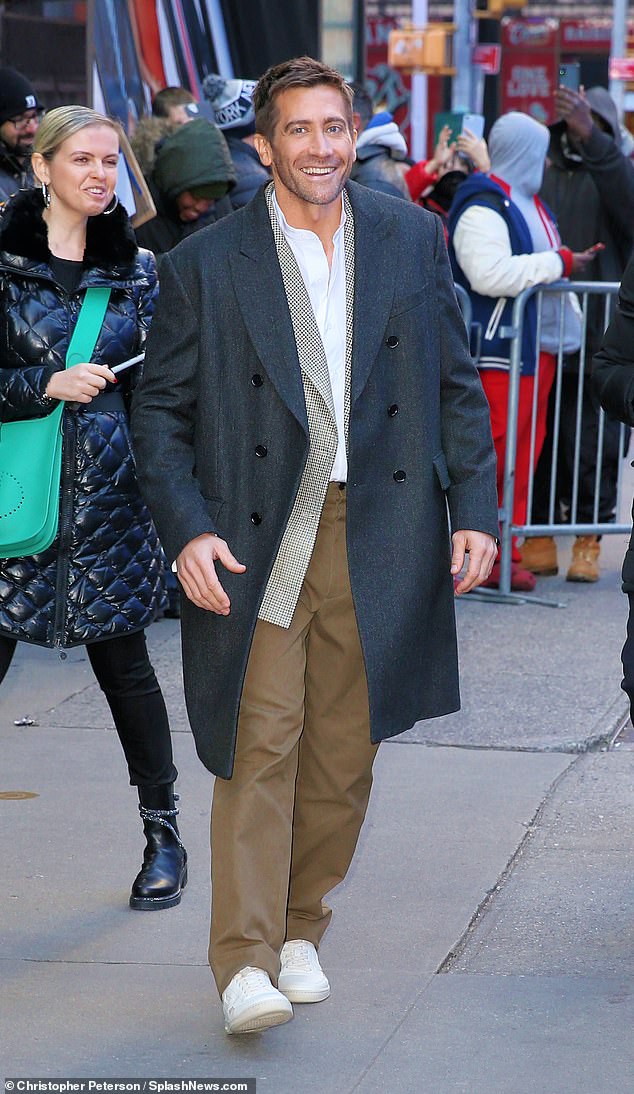 Bundled up: The Oscar nominee wore a charcoal pea coat over his blazer in the New York City morning chill

'They're big shoes to 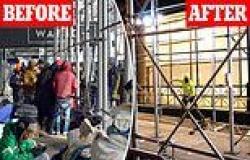 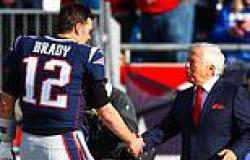 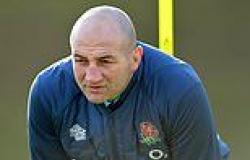 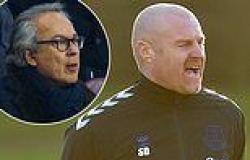