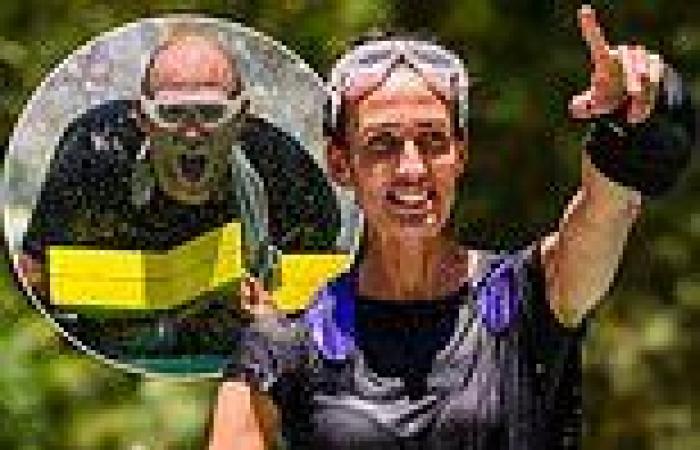 It's I'm A Celebrity... Get Me Out Of Here!'s longest running Bushtucker trial and a firm fan favourite.

And on Saturday, Matt Hancock, Jill Scott, Owen Warner and Mike Tindall managed to bag four out of four stars while taking on the iconic Cyclone trial in Australia, with Lioness Jill dubbing the challenge 'the most fun I've ever had'.

The celebrities then returned to camp to enjoy a treat of ice cream and got a glimpse back into the real world as they learned England's scores so far during the Qatar World Cup. 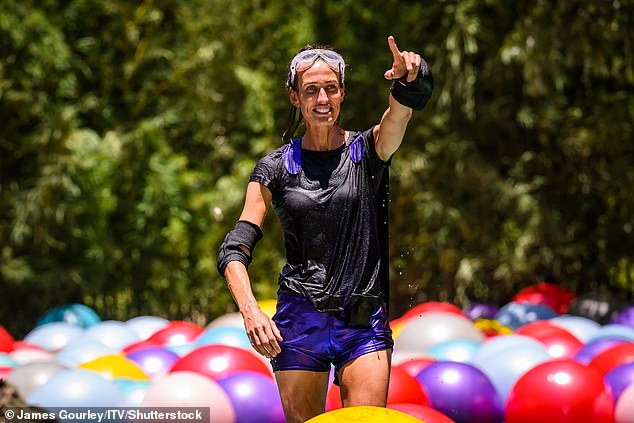 'It's the most fun I've ever had': Matt Hancock, Jill Scott, Owen Warner and Mike Tindall won FOUR stars during the ICONIC Cyclone trial in Saturday evening's episode

As they received a letter to camp, an excited Mike revealed to his fellow stars: 'Celebrities, today you will all be taking part in today's Trial - Celebrity Cyclone.'

'I never thought I'd make it to the Cyclone. It's going to be absolutely brilliant, I can't wait,' said Matt.

And the celebrities were certainly dressed for the occasion, clad in tight metallic hot pants and matching capes. 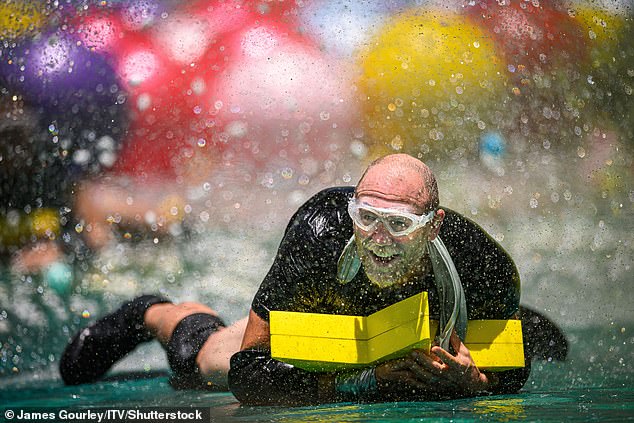 It's back! The iconic trial returned to Australia after two years in Wales, and has been a staple in the show since 2006 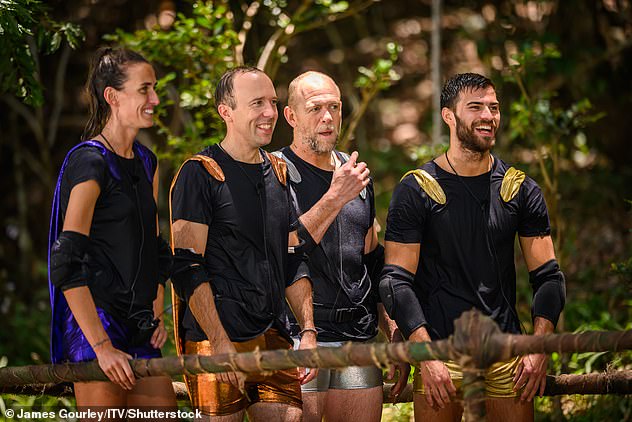 Dressed to impress: The celebrities were certainly dressed for the occasion, clad in tight metallic hotpants and matching capes

The quartet then came up with superhero names for themselves, with Mike going for Quicksilver, Owen dubbing himself Goldic*cks, Matt as Bronze Bronco and Jill going for Purple Reign.

After getting pumped up for the trial, they made their way down to the grounds to be greeted by Ant and Dec, as the latter said: 'Goodness gracious me, you all look marvellous.' 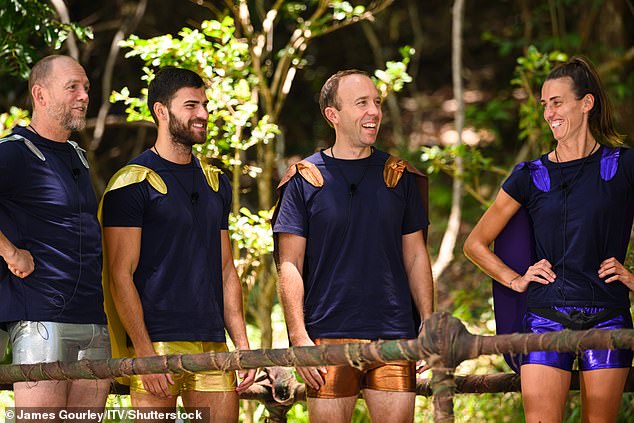 What a team: The quartet came up with superhero names for themselves, with Mike going for Quicksilver, Owen dubbing himself Goldic*cks, Matt as Bronze Bronco and Jill going for Purple Reign 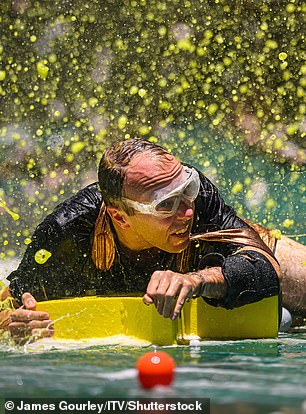 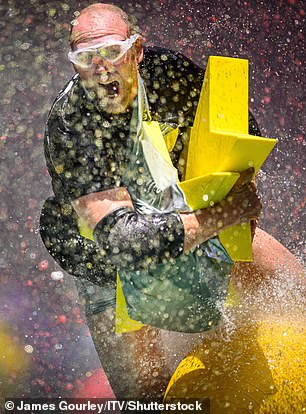 Show time: Taking on the trial, the order was Jill, Matt, Mike and then Owen - as they all opted for different tactics for the trial, with Matt taking a massive dive into the course while Owen attempted to walk through the assualt course, unsuccessfully 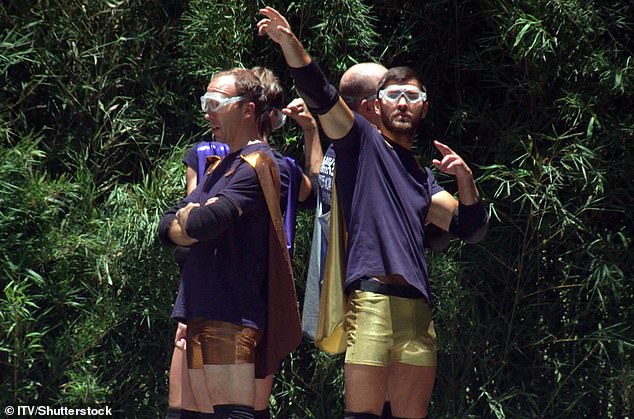 Before the trial began, Matt made the comment: 'This is like the best waterpark ride in history!' 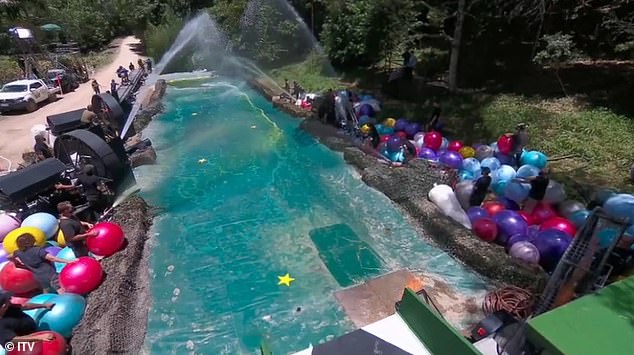 Iconic: In a preview for tonight's episode at 9:15pm on ITV , the four remaining stars prepare to fight through powerful wind and jet streams as huge balls are launched at them

The reality show returned to the Australian jungle for the first time in three years after it was held in Gwrych Castle in North Wales due to travel restrictions caused by the pandemic.

Last year, the challenge was taken on in Wales by Danny Miller, Frankie Bridge, David Ginola and Simon Gregson who came away with all four meals.

And chatting before it began, Owen admitted: 'This has been on my bucket list since a little kid. I

PREV Louise Thompson reveals she can't fly to St Lucia due to being hospitalised trends now
NEXT Cheryl looks chic as she's mobbed at 2:22 A Ghost Story trends now 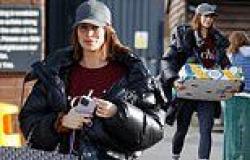 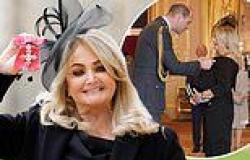 Bonnie Tyler, 71, is awarded an MBE for services to music trends now 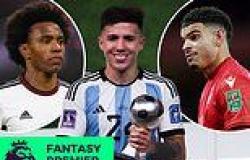 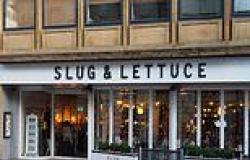