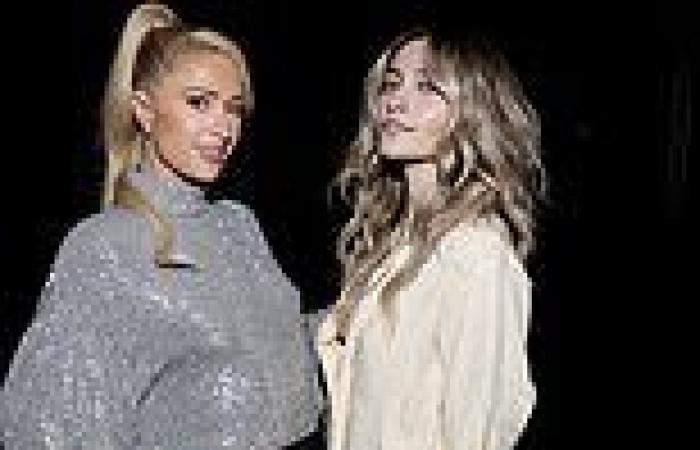 The two cover girls were seen hanging out side by side at the Celine fashion show in Los Angeles on Thursday.

Their parents Kathy Hilton and Michael Jackson were friends during their school days in Los Angeles in the 1970s and both agreed to name their daughters Paris. 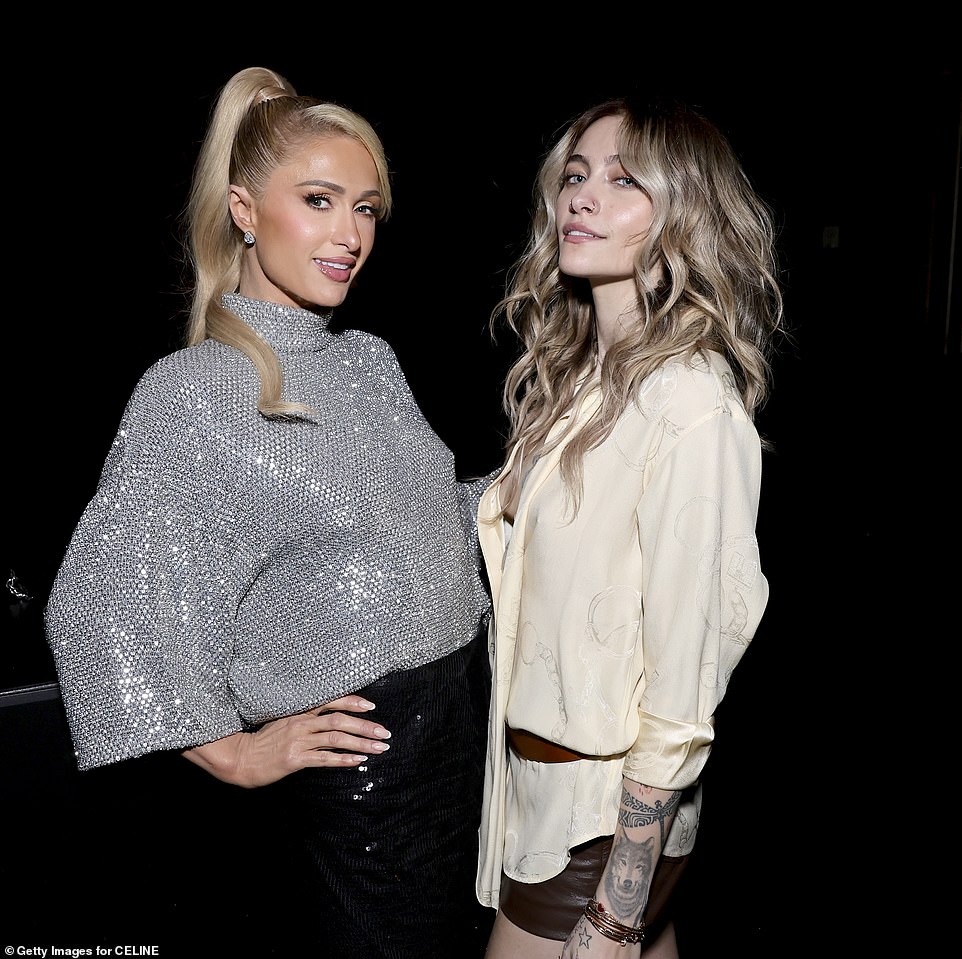 Close: Blonde bombshells Paris Hilton , 41, and Paris Jackson , 24, [roved they are still close friends. They were seen hanging out side by side at the Celine fashion show in Los Angeles on Thursday 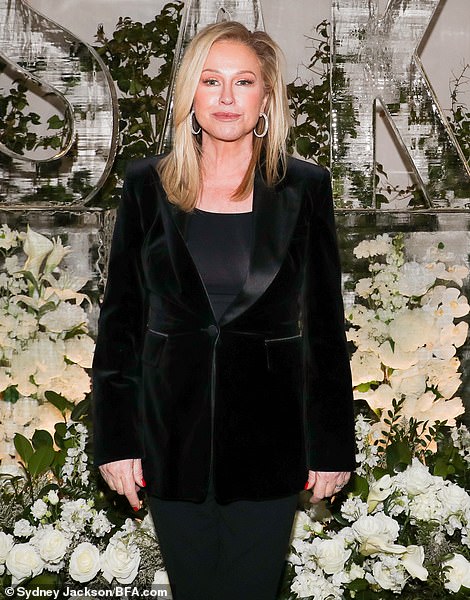 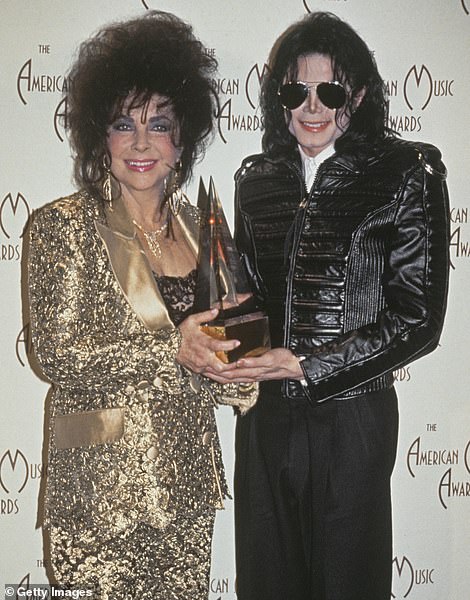 Hilton, who recently celebrated her first wedding anniversary with the dashing businessman Carter Reum, brought a flash of old-school showbiz glitz from the knees up.

She concealed her chiseled frame in a flowing sequined silver top that featured flared sleeves, complementing the blouse with a black sequined skirt under a matching see-through sheath.

The DJ had her blonde hair styled with bangs parted to the side in front and a long ponytail that fell over her shoulder.

She advertised the brand of the hour by accessorizing with a quilted black leather Celine clutch.

Ms Jackson was also all done up for the night in a cream colored top she wore open to showcase her tattooed cleavage. 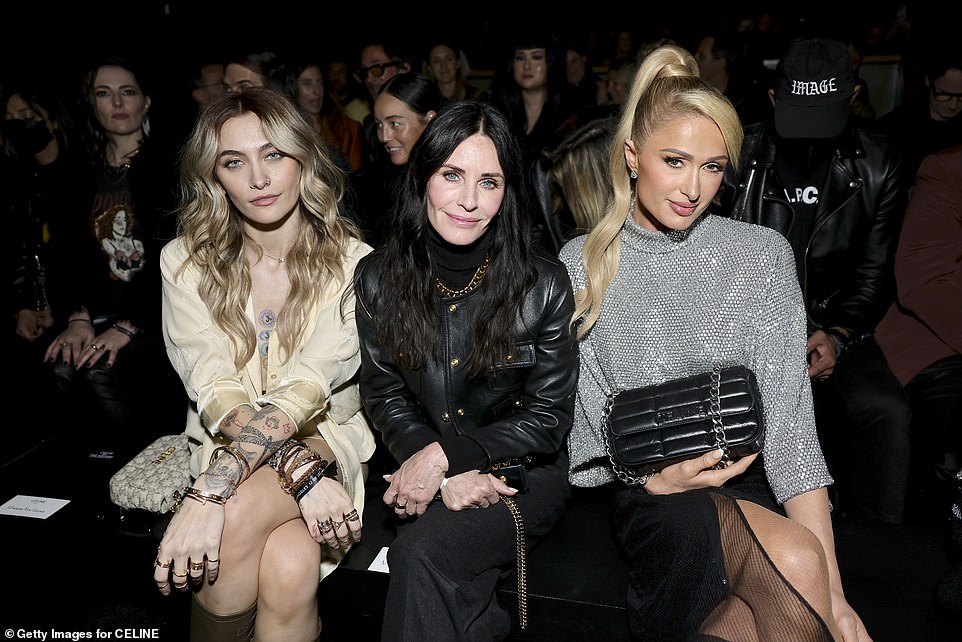 Front row: Courteney Cox sat between Jackson and Hilton in the front row of the fashion show 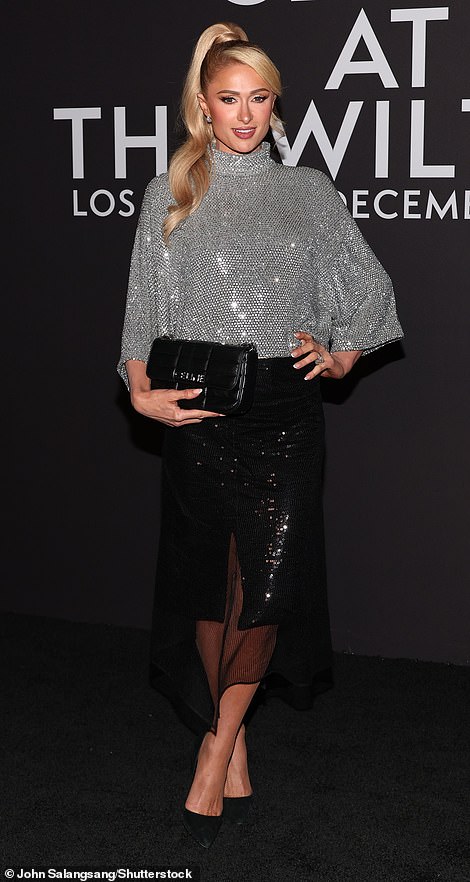 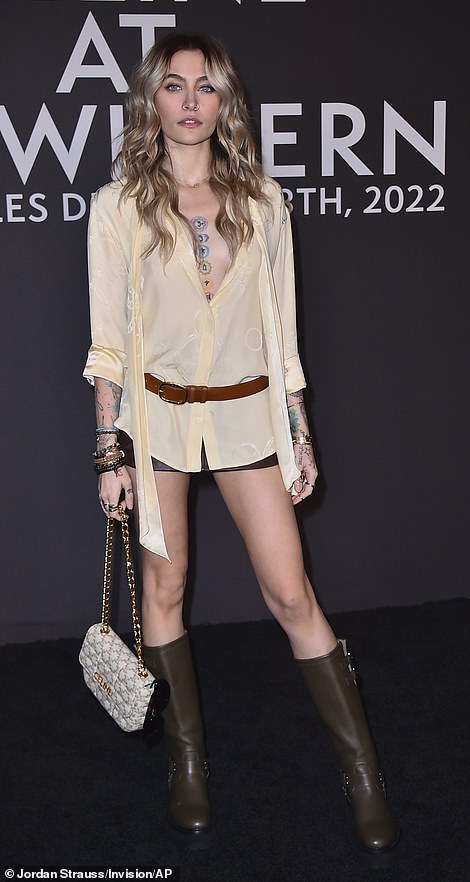 Paris x 2: Both ladies looked spectacular in their fall outfits as they hit the high profile event 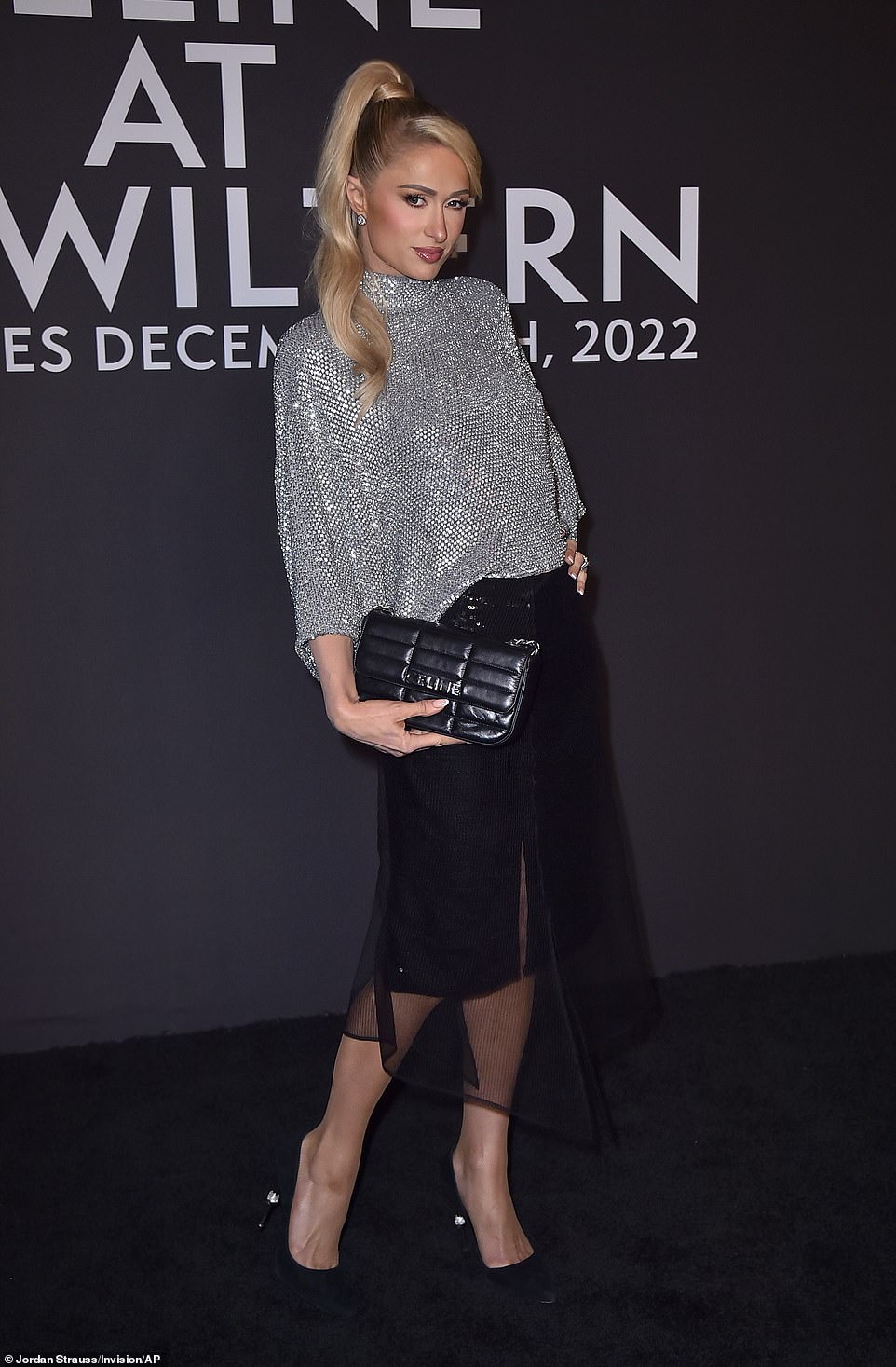 Glamour queen: Hilton concealed her chiseled frame in a flowing sequined silver top that featured flared sleeves, complementing the blouse with a black sequined skirt under a matching see-through sheath 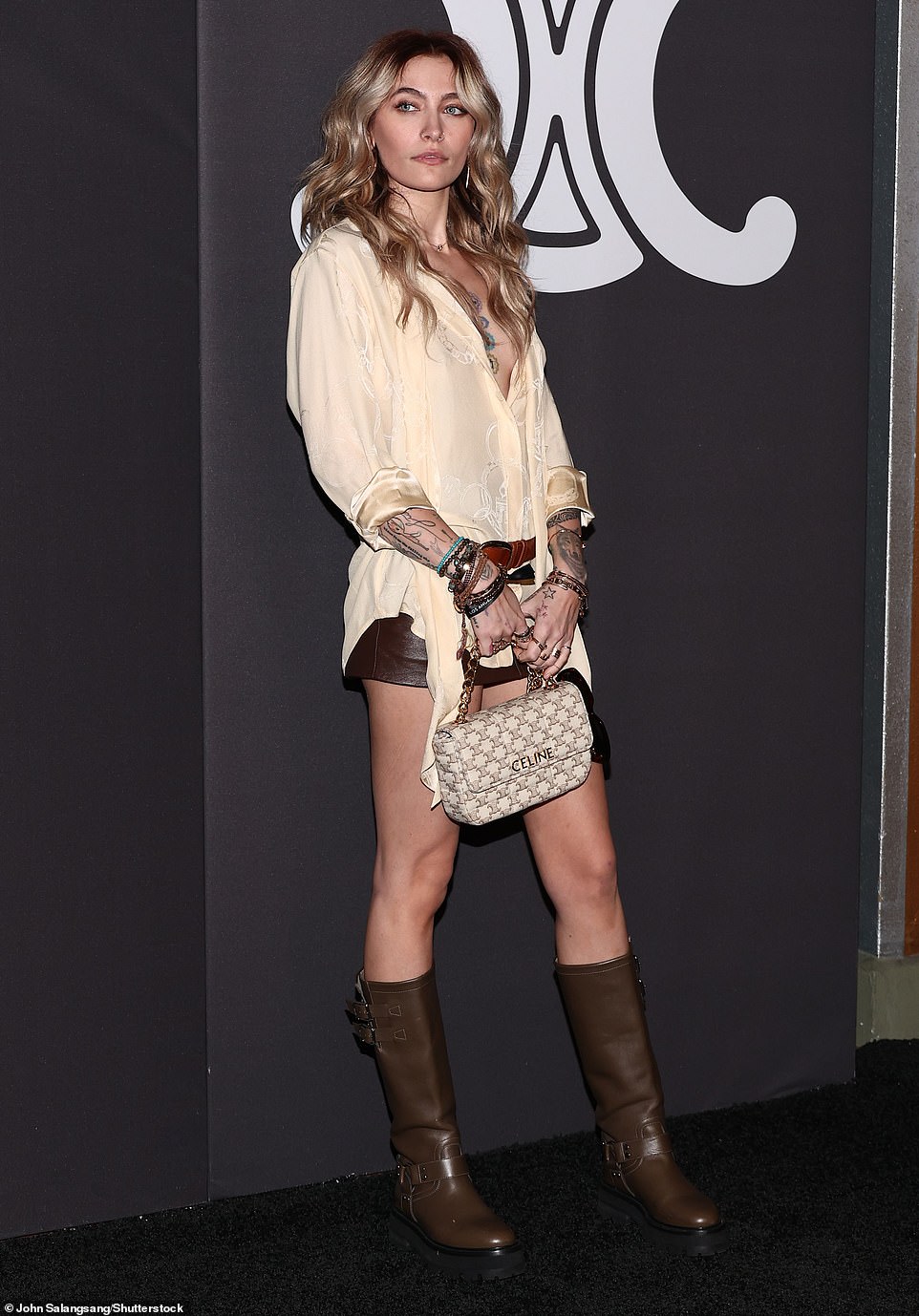 The daughter of late pop superstar Michael wore her wavy blonde hair down over her shoulders with a golden makeup hue and an array of bracelets as she held onto a cream and gold Celine handbag.

She completed her stylish outfit with a dark brown leather skirt and matching knee-high boots.

Her father Michael died in June 2009 in Los Angeles of an accidental overdose of propofol administered by his private doctor while the singer was preparing for his comeback concerts.

In addition to modeling, Jackson has also released her own music and portrayed Maya in three episodes of American Horror Stories in 2021.

She released the single Lighthouse and its music video in June and another single titled Just You in October.

The two Parises have been close for years as their parents, Kathy and Michael were friends at school.

They had a pact to each name their first daughters Paris.

The two blonde beauties teamed up at the event and posed for a photo together.

They also posed for a photo with Friends star Courteney Cox, 58. 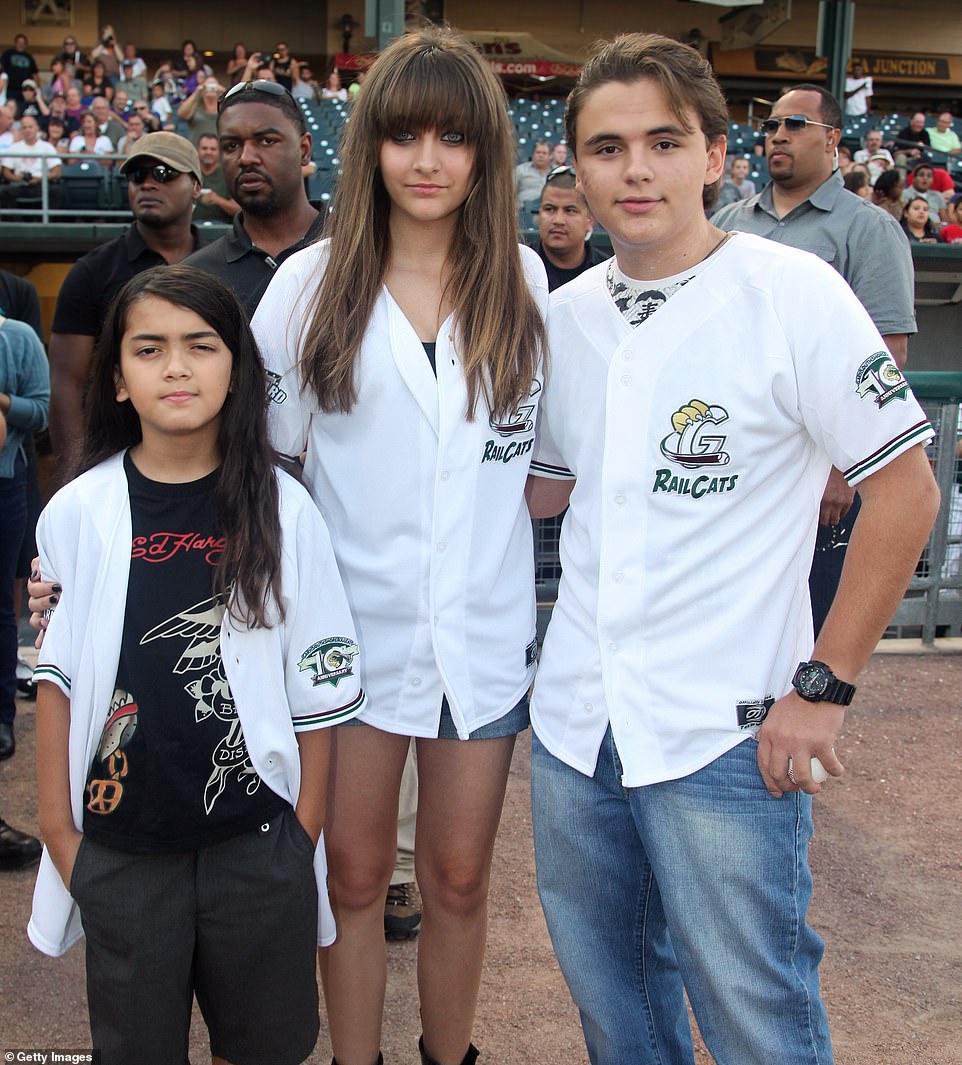 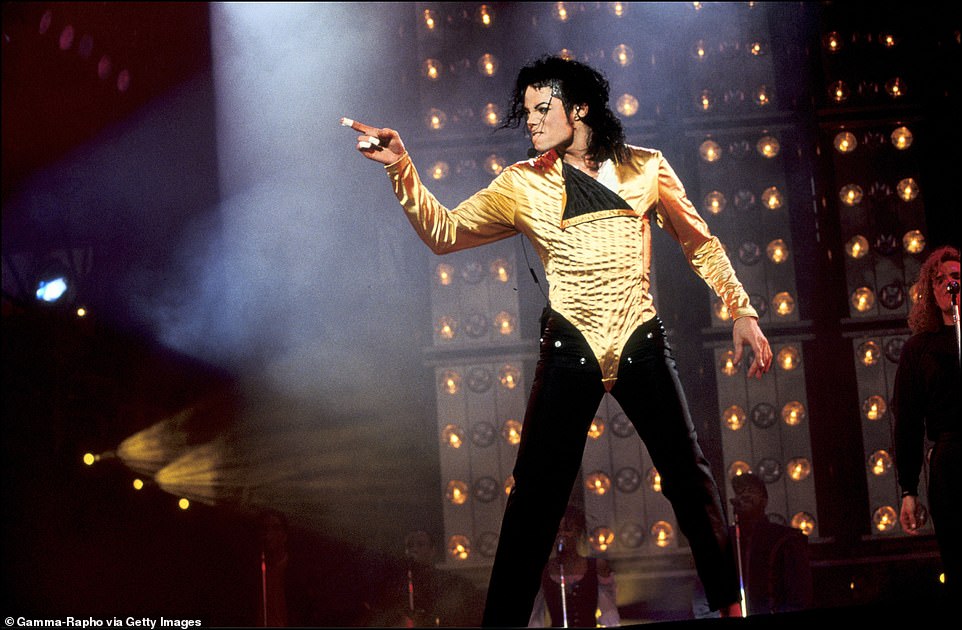 Other celebrity names at the event included Brie Larson, who took the plunge in a slinky black cocktail dress that not only offered up a generous dose of cleavage but also let her hint at her impressively taut midriff.

Cindy Crawford brought back the flapper era in a loose-fitted dress dripping with fringe as she posed between her dashing husband Rande Gerber and their son Presley.

The trio were on hand to watch proudly as Kaia Gerber - Cindy and Rande's daughter and Presley's sister - joined the fleet of models flashing the flesh on the runway. 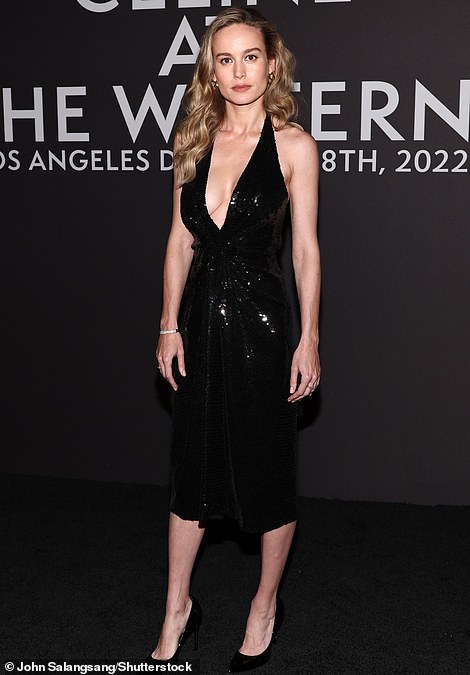 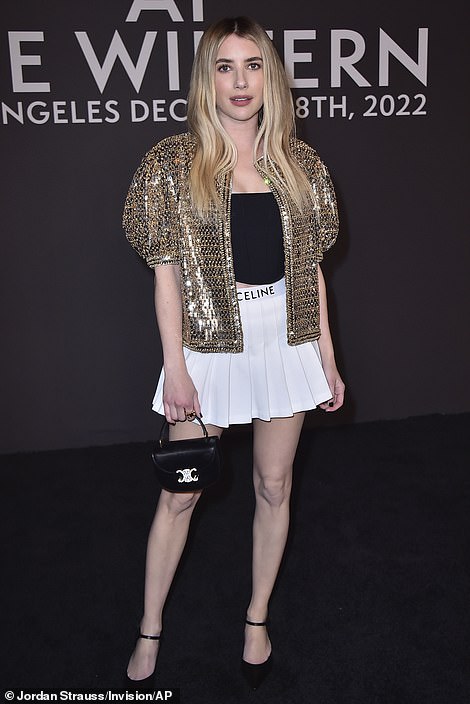 Jeremy Scott made a splash in a fashion forward kilt, while Oscar-winner Mahershala Ali opted for a kinky combination of leather and netting and Maggie Rogers draped a long black overcoat over a t-shirt and jeans.