She filmed a sizzling onscreen romp for period drama Tulip Fever a whole three years ago - and finally Cara Delevingne's fans can now see the saucy scenes unfold on the big screen.

The supermodel initially shot Tulip Fever back in 2014 but it's only just hitting cinema screens now after a series of delays, although judging from these raunchy preview images, it was worth the wait.

With her head thrust back in the throes of passion and glistening all over with sweat, the stunning star can be seen getting hot and heavy during steamy scenes with her handsome male co-star. 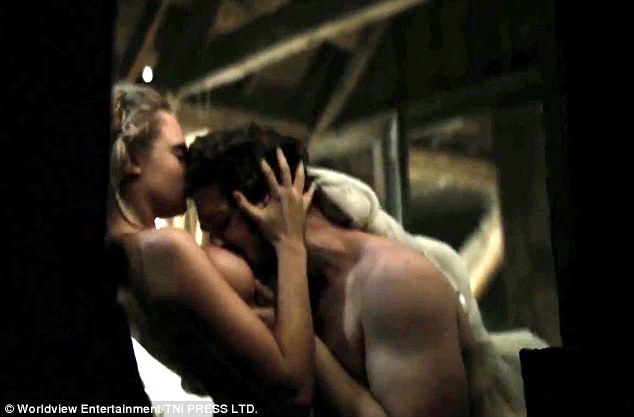 Unable to keep their hands off each other, the two characters in the historical drama are seen discarding their clothes in a hurry before a passionate romp under the rafters.

With her long legs wrapped around her colleague's waist, blonde Beauty Cara is seen cupping her co-star's face intimately with her hands while enjoying a lingering kiss.

Further scenes show the star straddling her fellow actor as he bends down to lavish kisses upon her breasts as Cara assumes a look of utter bliss.

In the throes of passion: the stunning star glistens with sweat as she wraps her legs around her co-star in the steamy scenes for the historical romance 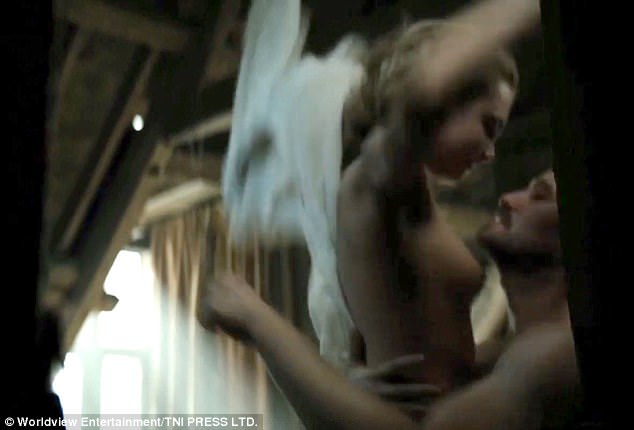 In a hurry: the star is seen stripping naked as she romps under the rafters in her role as a prostitute in the movie based on Deborah Moggach's book 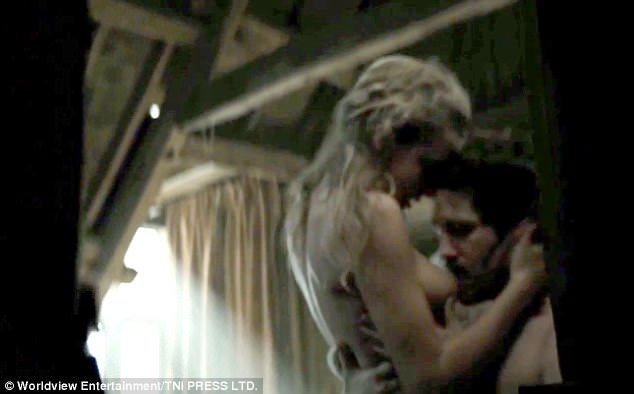 Intimate: the former catwalk queen tenderly cradles her co-star's face as he kisses her nipples in the raunchy bedroom encounter

Matthew Morrison, best known for playing Mr Schue in the hit musical series Glee, said on Loose Women earlier this year that he'd filmed a sex scene with Cara for