The actress donned a knee-length fur coat over a pink-and-black checkered dress on the New York City set of her TV Land comedy series Younger.

The 30-year-old was glowing as she donned black tights and stiletto booties embellished with diamond-shaped cutouts. 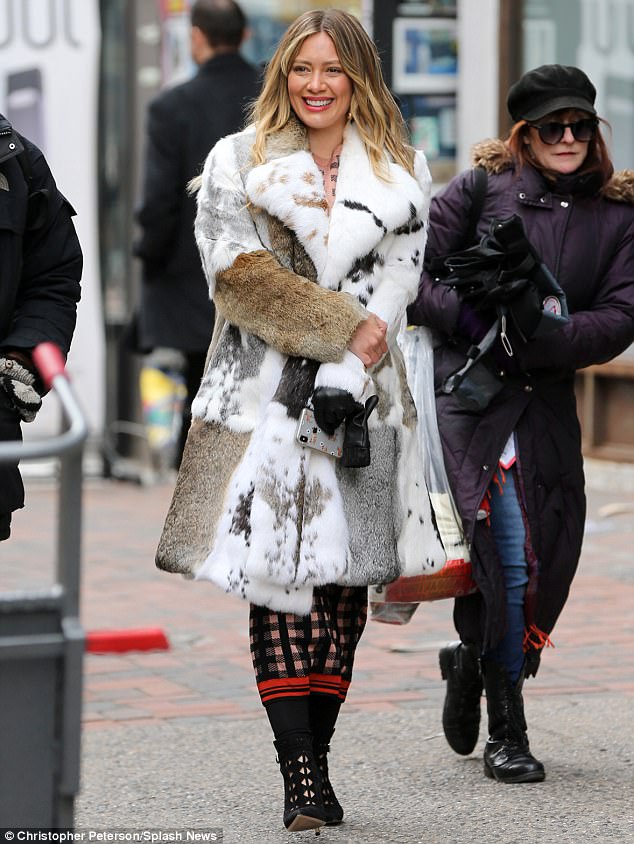 Fierce fashion: Hilary Duff stepped out in a knee-length fur coat in New York City on Tuesday as she filmed scenes for her comedy series Younger

All smiles: The actress kept warm with black leather gloves and put her best foot forward in stiletto boots with nude embellishments

The mother-of-one's standout dress featured a red-and-black striped hem line that hit just above her ankles.

The former Disney star kept warm with a pair of black leather gloves and a beige sweater underneath her showstopping coat.

Holding on to her phone protected in a dog-printed clear case, Hilary was all smiles as she stepped in to a white SUV. 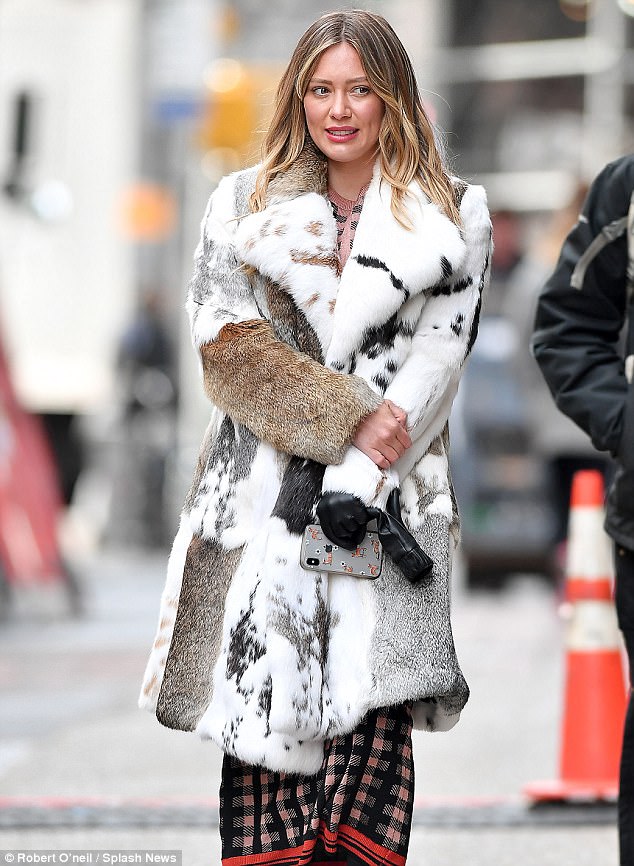 Returning to TV: The blonde Beauty has been starring in Younger since its first season, which aired in 2015 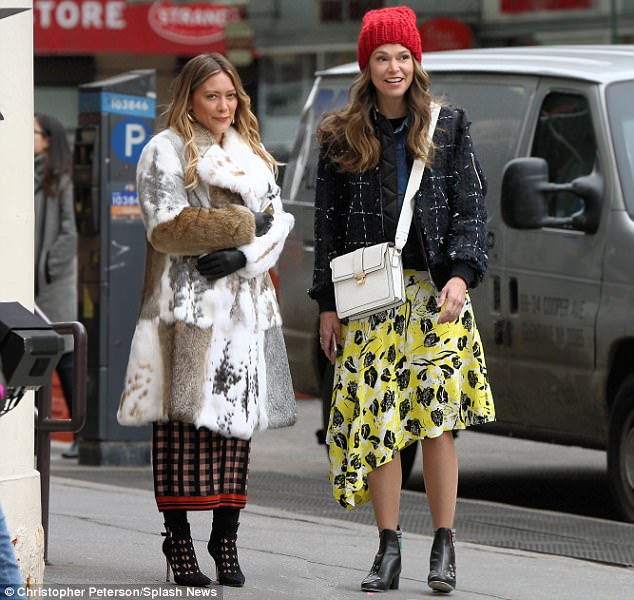 Side by side: The Lizzie McGuire actress stars alongside Sutton Foster on the TV land series as Kelsey Peters

The slar accessorized with gold hoop earring and a black leather handbag adorned with different sizes of white pearls.

She has been starring on Younger, which stars Sutton Foster and was created by Darren Starr of Sex And The City fame, since its first season in 2015.

The TV Land sitcom, in which Sutton plays a middle-aged woman masquerading as someone in her 20s, has its fifth season in the

Hours after reportedly trying to save Dean Jones', Brett Lee paid tribute on ...

On your bike — if you can find one: Nationwide bicycle shortage prompts ...