Pioneering blood test can detect if breast cancer will return almost a YEAR before secondary tumours appear on hospital scans The pioneering 'liquid biopsy' is almost 80 per cent accurate, tests have found It analyses a patient's blood for DNA fragments released by their own tumours  Charities have praised the 'extremely exciting' results of the liquid biopsy

A personalised blood test can detect whether breast cancer will return almost a year quicker than hospital scans, research has found.

The pioneering 'liquid biopsy' – almost 80 per cent accurate – works by analysing a patient's blood for DNA fragments released by their own tumours.

Tests showed it could spot the disease's return in women 10.7 months before they developed symptoms or secondary tumours became visible on scans, on average.

Charities have praised the 'extremely exciting' results, which could allow doctors to treat patients whose breast cancer has relapsed more effectively. 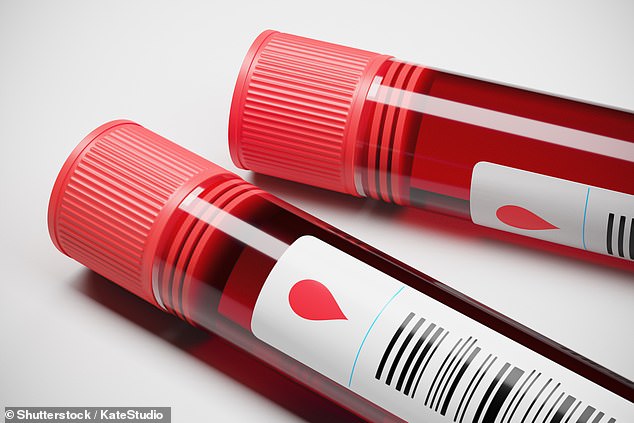 The test, developed by scientists at The Institute of Cancer Research and The Royal Marsden NHS Foundation Trust, worked for all types of breast cancer.

The researchers looked at the potential of personalised blood tests tailored to the DNA make-up of each tumour in just over 100 women in five UK hospitals.

They found 165 trackable mutations and collected blood from participants every three months during the first year and then biannually for up to five years.

Combining the data with a previous study to form a bigger cohort of 144 patients, they found that the cancer had returned in 29 patients three years on.

The test detected cancer DNA in the blood of 23 of these women prior to relapse – at an average of 10.7 months before symptoms.

WHAT IS SECONDARY BREAST CANCER?

The secondary cancer can take years to return, and does not always reappear in the breast.

Some 35,000 people are thought to be living with the disease –  some 35 per cent of women who get breast cancer will be diagnosed with secondary cancer within 10 years.

While primary breast cancer can usually be operated on or cured with drugs or radiation, secondary cancer is incurable.

Because secondary cancer has already started spreading around the body you can never be completely cured of it.

But chemotherapy, hormone drugs and other treatments can slow down the growth and spread of tumours and improve patients' lives.

Life expectancy varies depending on how advanced the cancer is, but many women live for years with the condition under control.

However, cancer that had spread to the brain was less commonly detected, according to the results in the Journal of the American Medical Association Oncology.

Once the disease returns and spreads – known as secondary or metastatic breast cancer – it cannot be cured, charities warn.

Almost all of the around 11,500 women and 80 men that lose their lives to breast cancer each year in the UK will have seen their cancer spread.

He added: 'These new blood tests can work out which patients are at risk of relapse much more accurately than we have done before.

'We hope by identifying relapse much earlier we will be able to treat it much more effectively than we can do now, perhaps even prevent some people from relapsing.'