A man who was once so overweight that he had to stand at the foot of the Great Wall of China because he couldn't get up the steps to walk it, has lost an incredible 15st 8lbs.

Ben Muscroft, 42, from Sheffield, had struggled with his weight since childhood and weighed 27st 8½lbs when he was at his heaviest.

It was during a holiday to see his brother in 2015 when he realised that he had to take drastic action to overhaul his lifestyle, and he embarked on a weight loss journey that saw him lose 15st 8lbs in four years, with the help of a healthy diet and exercise.

He now weighs 12st ½lb and even found love as part of his local weight loss group. 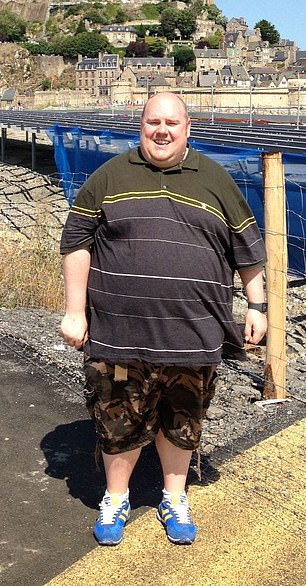 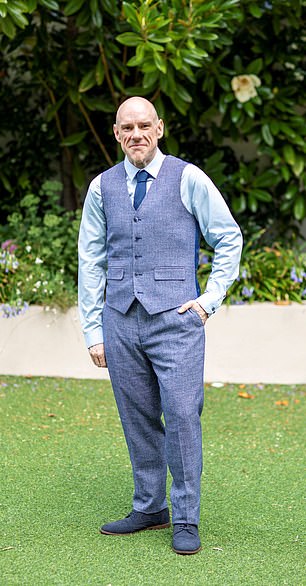 Ben Muscroft, 42, from Sheffield, struggled with his weight throughout his life and weighed 27st 8lbs at his heaviest (left). He has now lost an incredible 15st 8lbs in just four years (right, now) 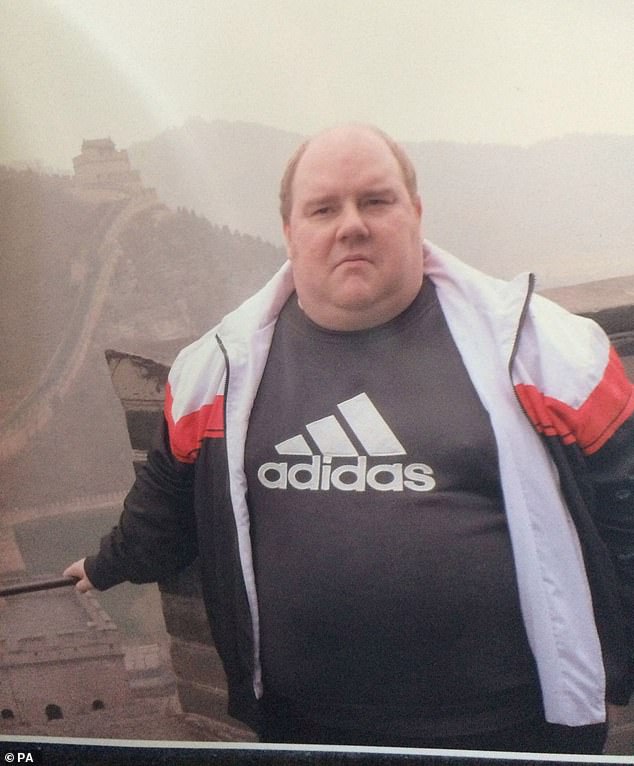 He was inspired to make a change after visiting his brother in China and struggling to walk along the Great Wall of China, something which he calls a huge regret (pictured in China in 2015)

Ben revealed: 'Before I lost weight life was just hard. I couldn't walk for more than five minutes, I always felt out of breath and I just had no get-up-and-go.'

He continued: 'I had knee problems which made me scared to walk long distances because I worried it would just completely give out under the strain of my weight.'

'I couldn't even roll over in bed. It's such an everyday thing for most people but if I wanted to change position to get more comfortable, I actually had to get up and move to the other side of the bed.'

A trip to China to visit his brother showed Ben, a care worker, just how serious his weight problem had become. 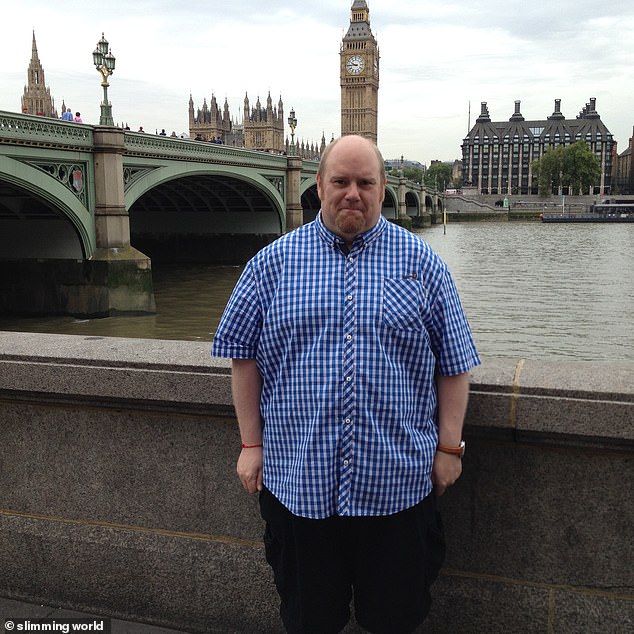 He said: 'Just getting to China was a bit of a battle. I had to ask for a seatbelt extension in front of the entire plane which wasn't the greatest of starts.

'Then the tray table wouldn't lie flat so I had to eat my meals at a strange angle. It wasn't a pleasant way to spend 20 hours.'

He continued: 'Then when we got to China, my size meant I missed out of certain activities.

'We visited the Great Wall of China, but I was too unfit to walk any of it, which I really regret. 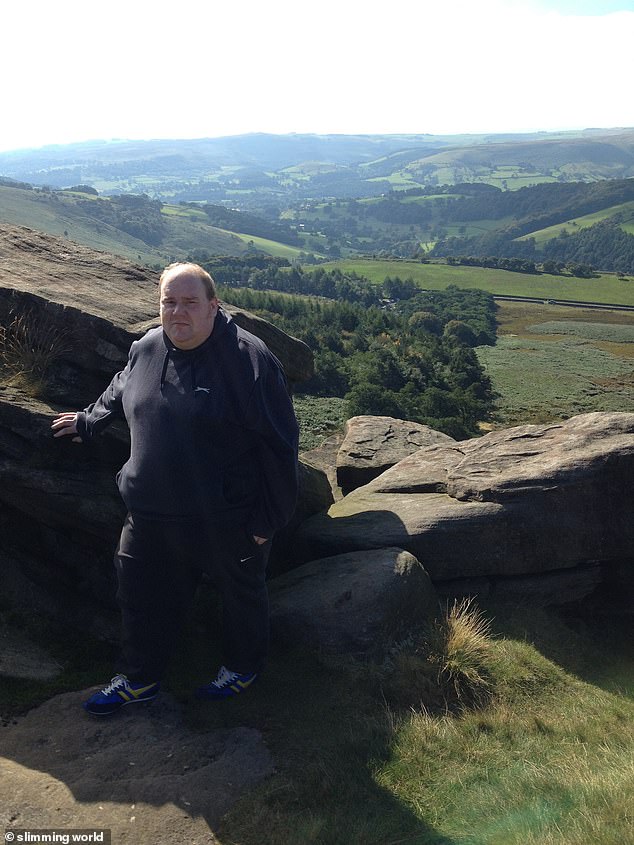 'I also became something of a talking point because many people had never seen anyone my size before – so the looks and stares were plentiful.'

Determined to change, Ben signed up to Slimming World with his father and sister, and reluctantly went along.