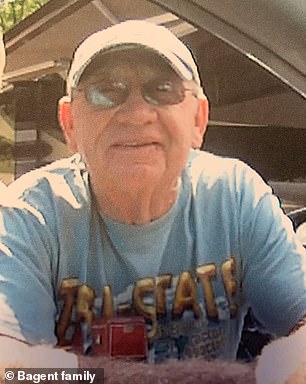 The victim is 79-year-old Stan Zalner of Battle Creek, who died on Wednesday, reported WMMT.

According to his family, he contracted the virus in early September, and was eventually hospitalized with flu-like symptoms.

Zalner fell into a coma and his family decided to take him off of life support after doctors told his family that he had suffered irreversible brain damage.

He was rushed to the hospital, where his health rapidly declined. He was soon in a coma and placed on a ventilator.

'I can't even comprehend that just one little bite from one little mosquito could be this devastating,' Bagent said.

Zalner's family said he loved social gatherings and would cook dinner for his family every Sunday night.

'He's just a really inspiring person,' his grandson, Kevin Bagent, told the station. 'He taught me a lot of stuff that no one else has taught me - how to be a hard worker and care about others. He's a pretty amazing man.'

Zalner's death marks the fourth in Michigan out of nine confirmed cases in six counties, according to a release from the state's Department of Health and Human Services.

There have additionally been three deaths in Connecticut, three in Massachusetts and one in Rhode Island.

Michigan is experiencing its worst outbreak in more than a decade while the outbreak in Massachusetts is the worst since 1956, reported USA TODAY.