Nausea, body pain and exhaustion. Hot and cold flushes. Agonising digestive discomfort. Just a few of the migraine symptoms that make attacks so much more than simply a headache. And, for thousands of sufferers, standard treatment may – at best – offer only intermittent relief.

So there was understandable excitement last year at a new injectable drug that was described as ‘life-changing’ by the patients who used it.

Aimovig – also known as erenumab – is the first treatment to target the process that leads to migraine symptoms.

The drug contains cloned immune cells that block a mechanism that causes blood vessels in the brain to swell, leading to an attack.

Clinicians claimed it was ‘one of the most important advances in migraine therapy in decades’. Yet, earlier this month, patients were dealt a huge blow when the National Institute for Health and Care Excellence (NICE) – the NHS’s spending watchdog for England and Wales – refused to fund it, even though health chiefs in Scotland have already given it the green light. 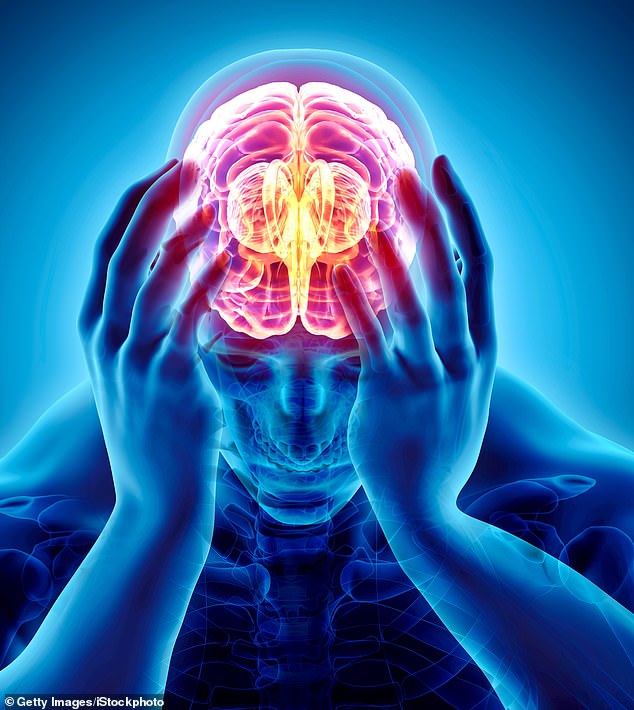 NICE said there was not enough proof the drug was clinically more effective than existing treatments, such as regular injections of muscle-relaxing Botox.

The decision means NHS doctors have effectively been barred from using it until NICE reconsiders whether it is worth it or not.

In the meantime, hundreds of desperate patients have been paying around £5,000 a year to private clinics for monthly injections of Aimovig in the stomach, thigh or arm.

Those numbers are expected to rise further in the wake of NICE’s rejection.

One such patient is dad-of-one and former tax accountant Phil Walsh, 69, from North Tyneside. He was forced to take early retirement at 54 due to severe migraines that struck almost daily.

But since starting on Aimovig last November, Phil says his life has been transformed.

‘I’ve missed weddings and funerals because of migraines. No other treatments worked for long.

‘But now my attacks are down to around one a week and my life has changed completely. I can’t believe anyone could say it’s not cost-effective.’

Phil first took the drug as part of a trial but is now forced to pay for it privately. ‘I’m lucky I can afford it, but it’s terrible to think other people are being denied the chance at a normal life,’ he added.

Migraine affects around one in ten of the UK population. Over-the-counter painkilling tablets such as paracetamol and ibuprofen can help mild attacks. But more severe cases need drugs called triptans – as pills or nasal spray – that stimulate receptors in the brain disrupted by the attacks. Botox, epilepsy drugs and even some types of antidepressants are also used.

The NHS bill for prescription medicines to treat migraines is thought to be in excess of £250 million a year.

Aimovig is the first in a new class of drugs called CGRP inhibitors. 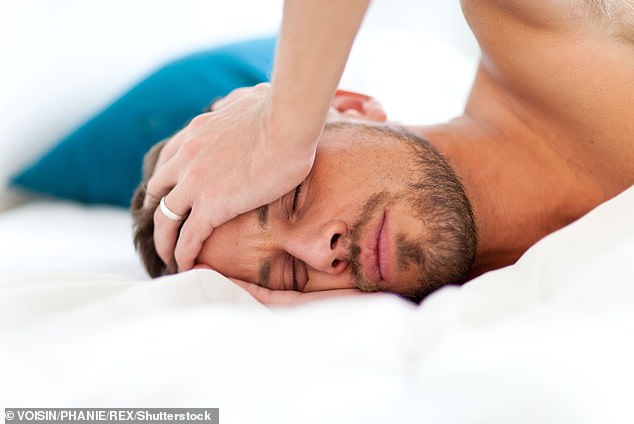 The drug contains cloned immune cells that block a