A toddler with a large facial tumor had the growth removed after traveling with her family from her native Kuwait to New York.

When one-year-old Noor Nunez was born, she had what looked like a small scratch between her eyebrows, so her parents didn't think anything of it.

However, over the next several months, it began to darken and grow until the mass was partially covering her left eye.

Noor was diagnosed with a hemangioma, a benign tumor that forms in infants, but no treatments or medications seemed to help.

Her parents turned to a birth mark website, where they connected with a head and neck surgeon in New York, who told the family he could remove the tumor via surgery. 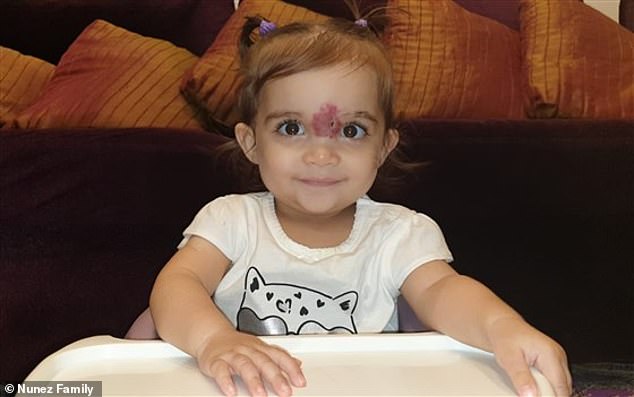 Noor Nunez, one (pictured), from Kuwait, was born with a hemangioma, a benign tumor made up of blood vessels that gather under the skin 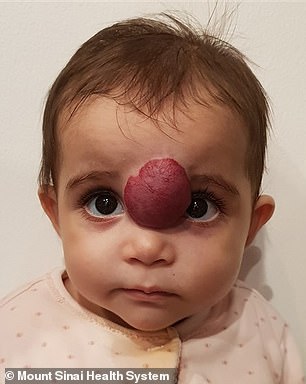 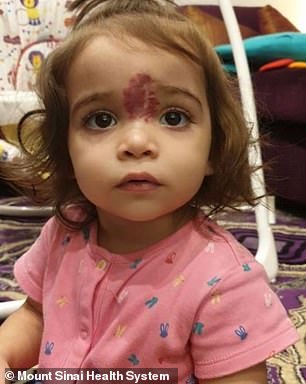 The tumor started as a scratch but eventually grew to where it was partially covering her left eye. No medication prescribed by doctors in Kuwait helped the tumor shrink. Pictured: Noor before the surgery, left, and after the surgery, right

Noor's mother, Ranya Al-Mutairi, said that when her daughter was born, the birthmark was barely visible.

'When she was born, it was only a simple scratch,' Al-Mutairi, 37, told the New York Daily News.

Noor was diagnosed with a hemangioma, which is a collection of blood vessels that gather underneath the skin to form a bump.

It starts as a small red mark anywhere on the body, most commonly on the face, but can grow into a lump that sticks out from the skin.

Hemangiomas are the most common childhood tumor and occur in about 10 percent of infants, according to Cincinnati Children's Hospital.

Many of these tumors are gone by the time a child is age five and most disappear by age 10.

If not, a doctor may prescribe beta blocker drugs or corticosteroid medications, or even recommend surgery.

Doctors in Kuwait told Noor's parents that the tumor would resolve on its own, but it continued to grow.

By the time she was six months told, the tumor started covering her left eye, and no drugs helped, reported the Daily News.

Al-Mutairi told the newspaper she was afraid that the hemangioma would bleed if Noor bruised herself, so she made sure her daughter was very careful. 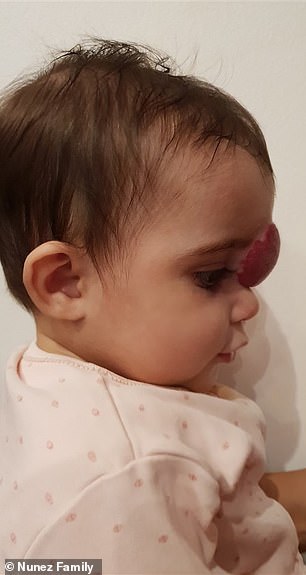 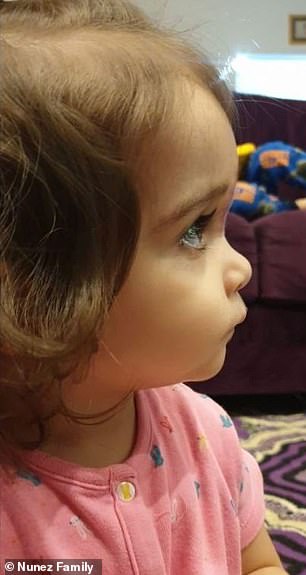 UK weather: Snow and ice batters Britain as 35 flood alerts issued - are YOU ...

#TheLighthouse streaming: Can I watch FULL movie online? Is it legal?