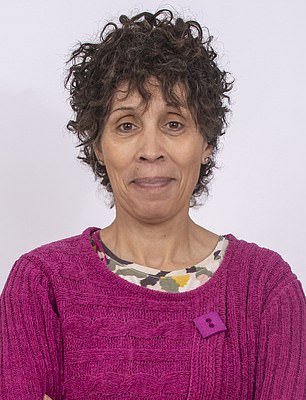 Carolyn Mitchell developed heart failure after a bout of influenza

Just a few weeks into a new job, Carolyn Mitchell came down with a nasty bout of influenza — but soldiered on, not wanting to let anyone down at work.

'It was early in the year and I felt severely fatigued and had a chesty cough,' recalls Carolyn, 58, two years on. 'It felt similar to flu I'd had in the past and so I thought it would soon pass.'

But her symptoms didn't go away. In fact, within a week, 'I found walking just a few steps would leave me out of breath,' recalls Carolyn, a nurse and mother-of-three from Edinburgh, who lives with husband, Thomas, 62, a mental health consultant.

'This wasn't normal for me — the previous year I'd climbed Ben Nevis, so I wasn't unfit by any means.'

Carolyn's GP said her chest sounded crackly and diagnosed possible pneumonia (inflammation in the lungs, usually due to a viral or bacterial infection). He urged her to take time off, rest, take paracetamol and drink plenty of fluids to flush the virus out.

But, within days, the breathlessness worsened. 'By this stage my breathing was so bad I could hardly walk the few metres to the surgery from the car park,' Carolyn says. 'I saw another doctor and she prescribed antibiotics [in case it was pneumonia caused by a bacterial infection] and ibuprofen.'

However, days later, she woke up at 3am in pain and unable to breathe — Thomas rushed her to the local hospital.

'When I got there, I began to dry-heave and felt all the energy drain out of me,' she says. 'I had my blood pressure checked; an ECG, which measures electrical activity of the heart; and an echocardiogram, to look at the heart's structure and check it is normal. 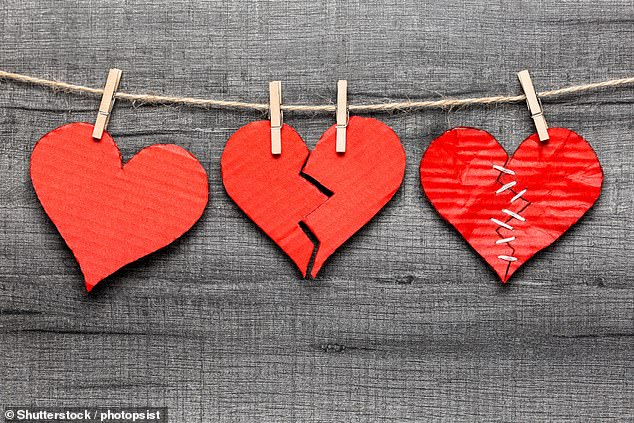 In 60 per cent of people with heart damage after an infection, their symptoms are not initially recognised by doctors

'The doctor said I had high blood pressure, tachycardia — a racing pulse — and to my horror, an enlarged heart that suggested I had developed heart failure, which meant my heart wasn't pumping blood around the body properly, causing my breathlessness.'

The enlarged heart was the result of damage and inflammation triggered by flu.

'I was shocked to discover I had heart failure,' Carolyn says. 'As a nurse, I knew that viruses can cause heart damage, but I didn't connect my symptoms.'

In fact, a new survey by the charity Cardiomyopathy UK found that in 60 per cent of people with heart damage after an infection — like Carolyn — their symptoms are not initially recognised by doctors and, for 17 per cent of sufferers, it took more than a year for a diagnosis to be made.

Inflammation of the heart muscle wall, also called myocarditis, can be triggered by any viral, fungal or bacterial infection, including colds, flu and gastroenteritis.

About 2,000 people are hospitalised every year as a result of myocarditis — and one person a week dies because of it.

'It's easy to dismiss symptoms of this type of heart damage as a lengthy cold or bout of flu,' says Dr Sanjay Prasad, a consultant cardiologist at the Royal Brompton Hospital in London. 'Yet diagnosing myocarditis is critical, because, if treated early, we can minimise damage to the heart.'

WARNING: What to watch for

Could your lingering flu be a sign of a killer heart complaint?

Red flag symptoms for myocarditis [heart damage] after a viral infection include:

Heart palpitations Severe chest pain that lingers for weeks Fluid build-up that causes the feet and legs to swell Breathlessness, including when lying down

It can be diagnosed quickly with tests such as an ECG, echocardiogram and blood tests for proteins BNP and NT-proBNP, which are higher when the heart is damaged.

Warning signs that myocarditis has ensued include tightness in the chest, shortness of breath, palpitations and flu-like symptoms such as a high temperature and fatigue. While some of these symptoms can feel similar to those associated with flu and other chest infections, there are some stand-out signs, says Dr Prasad.

'These include heart palpitations, severe chest pain that lingers for weeks, fluid build-up that causes the feet and legs to swell; and breathlessness when lying down,' he says. 'The best way to protect yourself is to have the flu vaccine and if you have a family history of heart problems you may want to consider being screened for genes that may put you at higher risk of this type of heart damage.'

Myocarditis occurs when the body's immune system overreacts to an infection and starts attacking the heart muscle.

'Quite why this happens in some people and not others is a matter of intense research, but the theory is that some people have a genetic predisposition,' says Dr