Wheel of Fortune host Pat Sajak and his daughter are speaking out about the terrifying moment she found him curled up in unbearable pain before he was rushed to the hospital for emergency surgery.

Sajak, 73, has been recovering at home after having an operation to fix a blocked intestine in November.

His 25-year-old daughter, Maggie, was with him when the incident occurred and had to help the game show host get to the hospital.

'It was definitely really scary. I'd like to say I was a trooper at the beginning. I wasn't,' she told ABC News in an exclusive that aired on Good Morning America.

'But I pulled myself together and I'm just so happy he's back in action and doing what he does.' 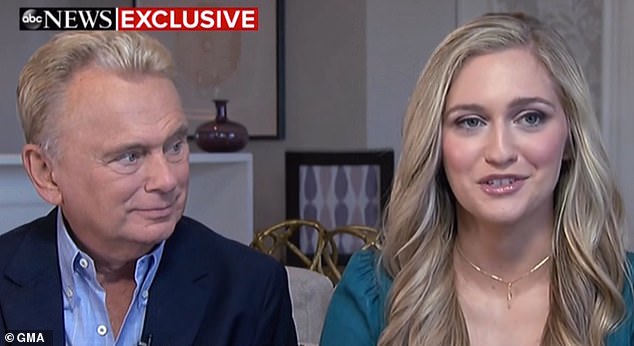 Wheel of Fortune host Pat Sajak, 73 (left), and his daughter, Maggie, 25 (right), had gone on a morning walk the day of his emergency surgery 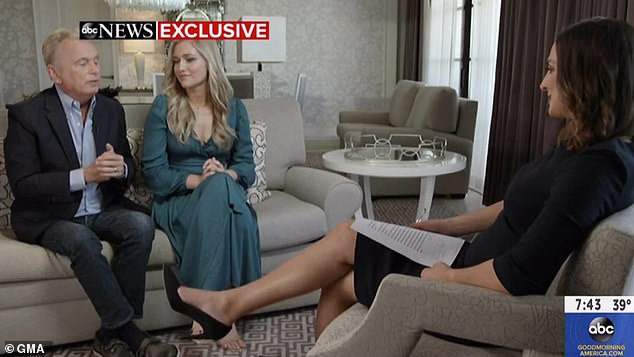 On the day of the surgery, Sajak and Maggie had gone on a walk early in the morning as they usually do.

When they got back so the host could get ready to go to work, he suddenly felt 'horrific pains' in his stomach and doubled over on his bed.

Maggie said she has never seen her dad complain of aches or discomfort before.

'He's not a big complainer,' she told ABC News.

'I could tell he was taking it seriously. We don't usually, you know, go into the emergency room for little things.'

Her father joked: 'I think the fetal position is what gave it away.'

Previously, Sajak said that he was rushed to the hospital with doctors telling him they had to operate immediately or he could risk dying.

He didn't reveal what caused his intestinal blockage but some of the most common reasons including scarring, hernias or volvulus, which is