Heartwarming footage shows a deaf baby's reaction to hearing his mother's voice for the first time after being fitted with a hearing aid.

Arlo Clark, a 10-month-old boy who is partially deaf in both ears, lets out a giggle and cracks a sweet smile when his mother Sara says 'hello'.

Mrs Clark revealed the sweet moment left her with tears in her eyes, saying she and her husband Adrian now feel like Arlo is 'properly' in their lives.

The couple admitted it has been difficult, given they have struggled to share 'special moments' with their son, such as singing to him.

But now, doctors at Worcestershire Royal Hospital have fitted Arlo with a behind-the-ear hearing aid on his left ear. He will soon receive one for his right ear.

His parents noticed something was wrong with his hearing when he was a newborn because he didn't respond to sounds.

Arlo has already learnt some sign language to cope with his deafness. He was fitted with the hearing aid on December 10.

Mrs Clark filmed the moment she first spoke to him because Arlo's father wasn't able to get the time off from his job as a train ticket inspector. 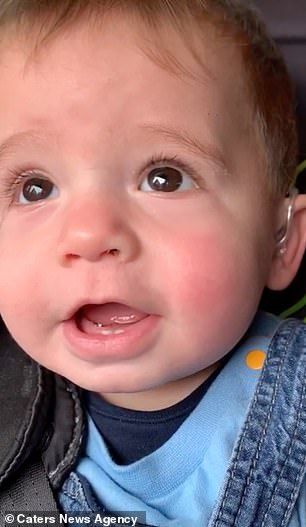 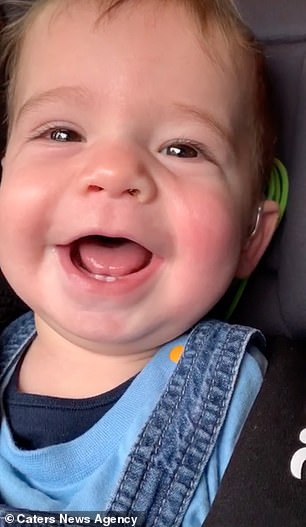 Heartwarming footage has captured the moment Arlo Clark, who is deaf, hears his mother's voice for the first time after being fitted with a hearing aid 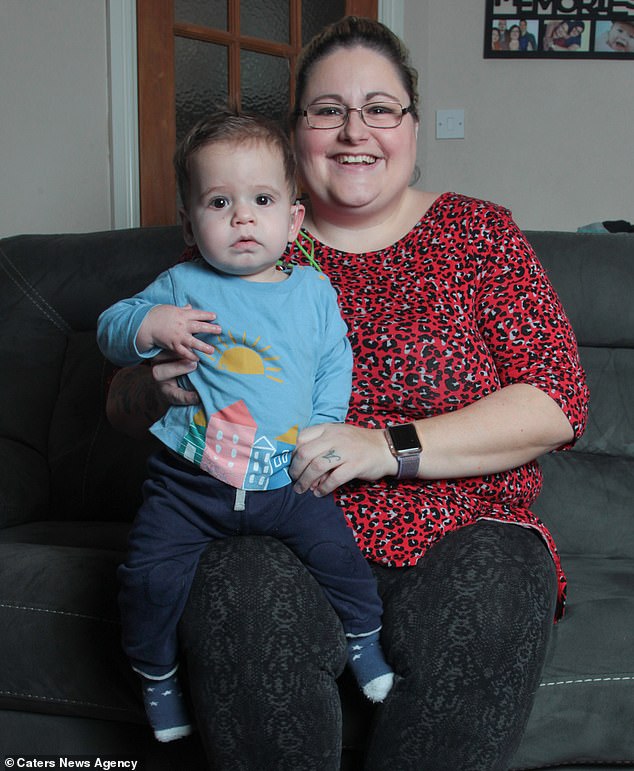 Mother-of-two Ms Clark, from St Peter's, Worcestershire, said: 'The moment I saw that he [Arlo] could hear my voice I had tears in my eyes' 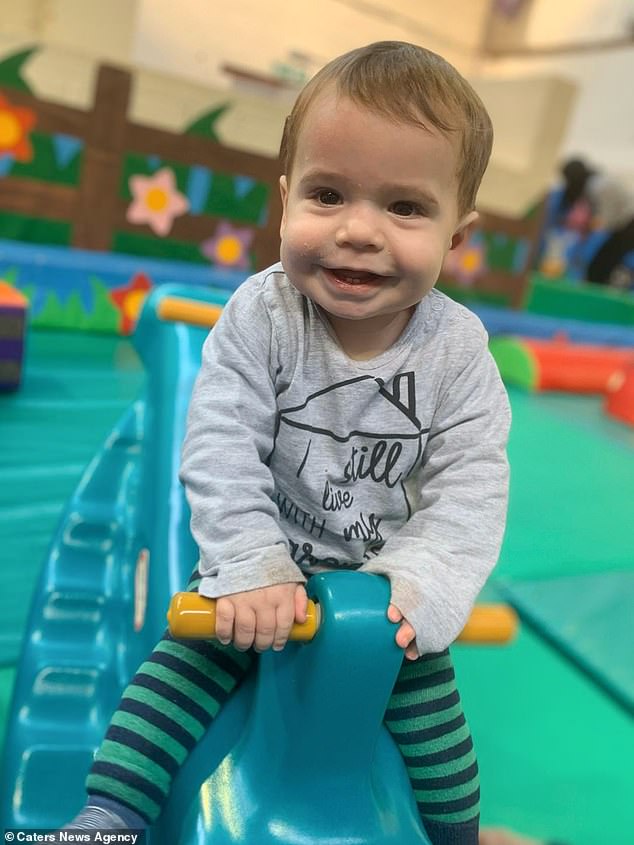 Mother-of-two Mrs Clark, from St Peter's, Worcestershire, said: 'The moment I saw that he could hear my voice I had tears in my eyes.

'I wasn't expecting him to be able to hear me at all. I couldn't believe that at last he could hear me.

'At first he looked completely shocked and then once I started talking to him he started to giggle and to smile.

'Adrian and I haven't been able to sing to him or have any of those special moments that you typically have with newborns. '

Mrs Clark, 31, added: 'Now that he can hear we feel like we finally have him properly in our lives.'

Mrs Clark and Mr Clark, 39, realised that something wasn't quite right with Arlo when he was only a few weeks old.

Recalling her son's struggle, Mrs Clark said: 'I noticed pretty much straight away that something was wrong.

'If you sneezed around our eldest Corey even when he was small he would notice it but Arlo didn't appear to notice sounds around him at all and would sleep through anything.

PREV Less than 0.1 per cent of meals in American restaurants are good for you
NEXT Woman, 37, has vertigo for four days after standing near a cannon at a Civil ...