Number of Americans killed by alcohol DOUBLED in less than two decades, study finds Nearly a million Americans died of alcohol-related causes, according to an NIH analysis of death certificates  Between 1999 and 2017, the number of booze-linked deaths more than doubled Though men were more likely to die because of drinking, the sharpest rise was among white women  Young adults saw a steep and worrying increase in deaths from long-term alcohol damage, while alcohol poisoning deaths rose for older adults  In 2017, about 2.6 percent of all deaths were due to alcohol alone, in combination with drugs or alcohol-linked accidents

By Natalie Rahhal Acting Us Health Editor For Dailymail.com

Deaths linked to alcohol more than doubled in the US between 1999 and 2017, a new study reveals.

Over the course of those 18 years, drinking killed nearly one million Americans, according to the new research from the National Institutes of Health (NIH).

And women are dying from booze at a disproportionate rate compared to men.

The NIH scientists note that alcohol has led to a steadily increasing number of emergency room visits, hospitalizations, and deaths year over year for the past two decades. 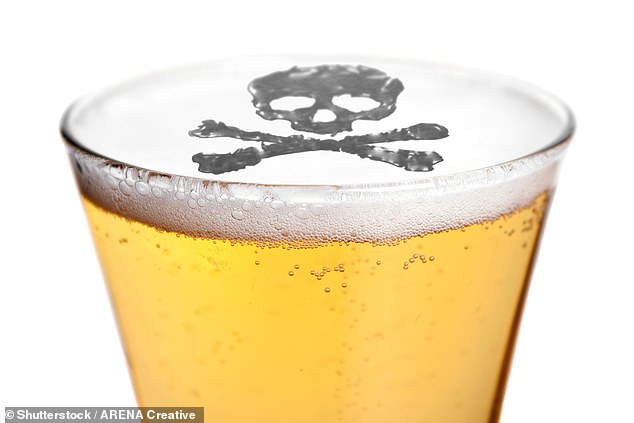 Alcohol can be deadly all on its own, over time, in combination with other substances or can turn a vehicle or situation deadly.

In 1999, 35,914 Americans lost their lives to booze, according to the NIH's analysis of death certificates.

That year, alcohol-related deaths made up about 2.6 of all deaths in the US.

The liver can process about an ounce of booze an hour effectively.

But once the liver is at capacity, booze lingers around the body,

PREV Now you can send PICTURES of your genitals to get a doctor's advice on ...
NEXT Electric scooter injuries have TRIPLED in the US, study finds