Years ago, while working for a magazine, I interviewed actors Prunella Scales and her husband Timothy West. They lived just round the corner from me and I popped a note through their letterbox asking if they’d be up for chatting.

The mag was one of those freebies filled with glossy property adverts, and I loved plodding around the area to find articles, semi-stalking celebs who I’d seen out and about (Mark Owen, from Take That, was another of my scalps – he was lovely, if a bit offbeat, but that’s another story).

Anyway, Tim and Pru were wonderful – it was (I think) around 2011, a few years before they went public about her having The A Word.

But having read subsequent interviews, I realise they knew something was up a good decade before that. 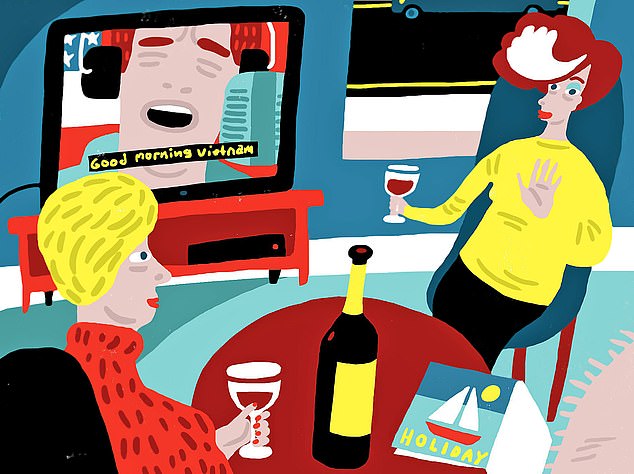 Isn't it funny - We were probably both sitting together in her living room, with some early stage of dementia, neither of us knowing the other had it

My husband Chris, who’s a photographer, came with me when I did the interview to take pictures and Pru kept asking us if we wanted some wine.

I think we said yes to the first one, but Tim told her off after the third or fourth time. It was lunchtime, after all.

I wasn’t massively surprised when I read, in 2014, that she’d been diagnosed. But at the time I couldn’t have known I’d be getting the exact same diagnosis – mild Alzheimer’s – a few years later.

I was told in late 2017 but, like Pru, I’d not been myself for years. Isn’t it funny – we were probably both sitting together in her living room, with some early stage of dementia, neither of us knowing the other had it.

I just thought she was a bit dotty. But then again, I still don’t think you’d know, on meeting me, there was anything much the matter. And that’s the point about dementia: it’s not like you drop off a cliff.

When people find out I have The A Word, they’ll often say ‘I’m so sorry.’ But there’s not much to be sorry about, and life goes on.

After ‘coming out’ about Pru’s illness, she and Tim set about making Great Canal Journeys, an award-winning set of travel documentaries, which ran for ten series. I loved them, for the stunning