Just over a year ago, BBC presenter Dianne Oxberry took part in a charity walk for Children In Need, called 'Plod for Pudsey'.

She walked ten miles in a loop along the North-West coast, from Blackpool to Fleetwood, smiling and laughing with well-wishers and schoolchildren along the way. Two days later she did another ten-mile stint, around the Wirral.

Everyone knew Dianne. Her pretty face had been welcomed into homes in the region for 24 years, as the resident meteorologist (or 'weather girl' — Dianne didn't really care either way) for BBC North West. She looked healthy and happy, a professional doing her bit for her community.

Eight weeks later she was dead, aged 51, just ten days after being diagnosed with an aggressive form of ovarian cancer. 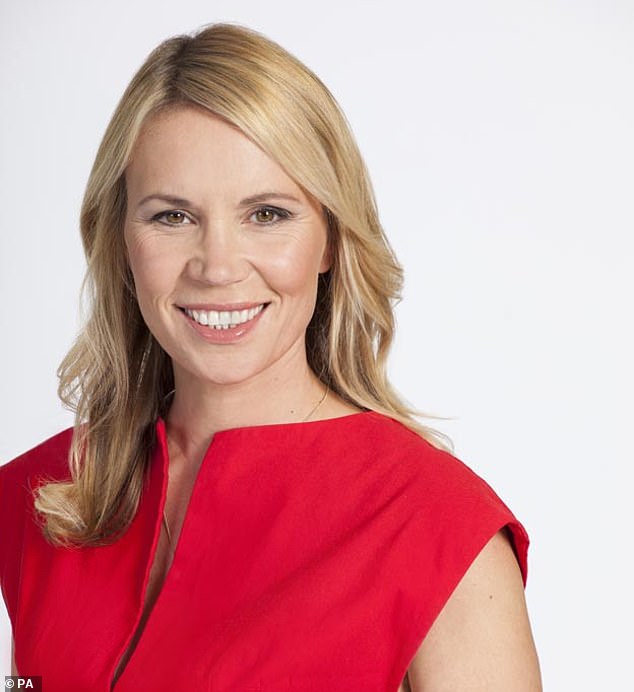 There had been no warning, no time to make plans. Suddenly Dianne was gone.

Understandably, the pain and shock is still visible in the eyes of her grieving husband, Ian Hindle.

'Not a day goes by when I don't think about her, miss her or, quite often, cry thinking about her,' admits the 57-year-old cameraman, father of their two young children. 'I miss her sense of humour, her love. She was a brilliant wife and mother and I miss all the things we did together.

'Anniversaries have been a real struggle. Christmas, which brought back all the memories from last year, was really hard. You know you have to face it and getting through it is just another step forward.

'But I miss her not being there for those key moments — when the kids have done something amazing and I think: 'Oh, I'd have phoned her up to say something about it.' Or when you're having a bad day and want to talk to your friend, your partner, and you can't because she's gone.'

Dianne's warm, natural presenting style made her a hugely popular broadcaster on both television and radio. Although she had worked alongside stars such as Radio 1's Simon Mayo and Steve Wright, she was best known as just Dianne, who told the North West when to get the barbecue out of the garage at the weekend. 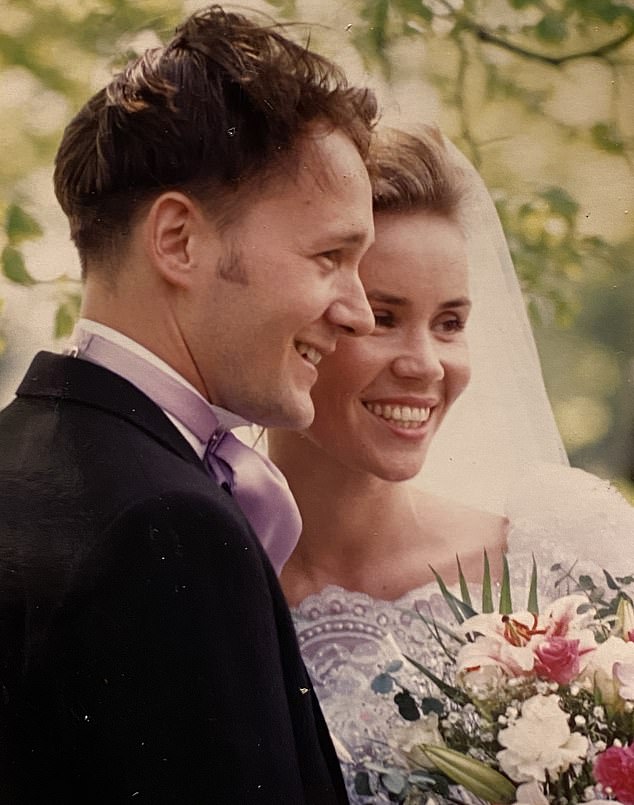 Understandably, the pain and shock is still visible in the eyes of her grieving husband, Ian Hindle. The couple are pictured on their wedding day

Local boy and comedian Peter Kay once gatecrashed her weather report, getting down on his knees to say: 'Dianne Oxberry... God love her... you've made it sunshine for everybody.'

When she died in January 2019, her death left a gaping hole in her family's lives.

'The speed of the disease was so shocking for all of us,' says Ian. 'At first, it wasn't as if she was so desperately ill that we thought she was going to die. But it's a cliché to think cancer takes a long time. Sometimes it does and sometimes it doesn't.'

The couple, whose family home is in south Manchester, met in 1991 when Dianne started working on a Saturday-morning TV show, The 8.15 From Manchester.

'She was very quick-witted and would always be able to say something funny,' says Ian. 'The day we first met, I was miming on stage to a pop song, so the other cameramen could rehearse getting the right shot. Dianne came in, saw me and she told me later that was the moment she thought, 'Yep, he's the one'.'

They married in 1993 and Dianne set to work making their dream home. 'She put me to shame when it came to DIY,' says Ian. 'She fitted the kitchen, she would lay floors — a neighbour recalls popping round one day and finding her on her own, trying to get a large wardrobe down the stairs.' 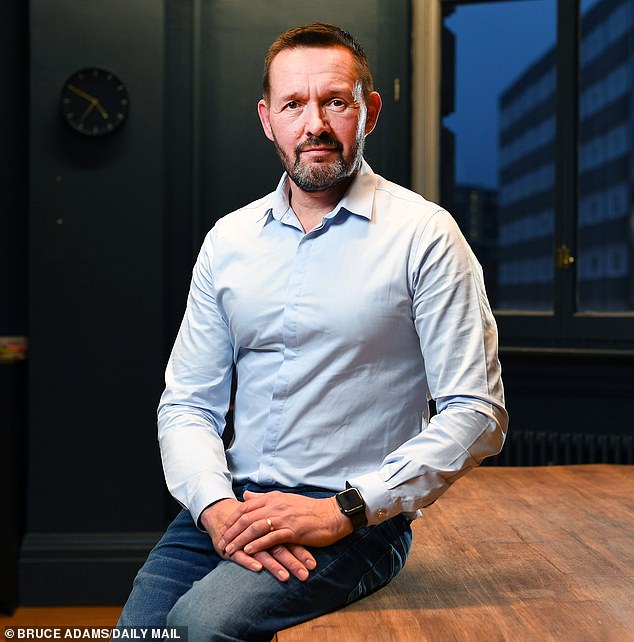 'Not a day goes by when I don't think about her, miss her or, quite often, cry thinking about her,' admits the 57-year-old cameraman, father of their two young children

Fifteen years later, their two children were born. Ian has never revealed their names or ages in any interview and wishes them to remain anonymous.

'Dianne was very protective of their privacy,' he says. 'While the outpouring of public grief in response to Dianne's death was amazing and gave me comfort, it would be overwhelming for the children to deal with.

'Not many people's mums have public memorials held at Manchester Cathedral.

'She was a fantastic mum. I spent a fair amount of time away from home because of work but she just got on with it. She had children, a horse, dogs — I can't imagine how she managed to cope with them all and do a job. But she did.

'She was incredibly healthy, which is why this came out of the blue for us all. There is no history of ovarian cancer in her family. That November she'd had a bit of abdominal pain and said she felt tired, but that was all.

'Her GP thought it could be irritable bowel syndrome. She had a scan and they thought she might have an ovarian cyst but there wasn't any panic.

'Yet that's part of the problem. Ovarian cancer is known as 'the silent killer' but in fact it 'whispers'. There are symptoms such as bloating, loss of appetite, abdominal pain and tiredness which together may point towards it. 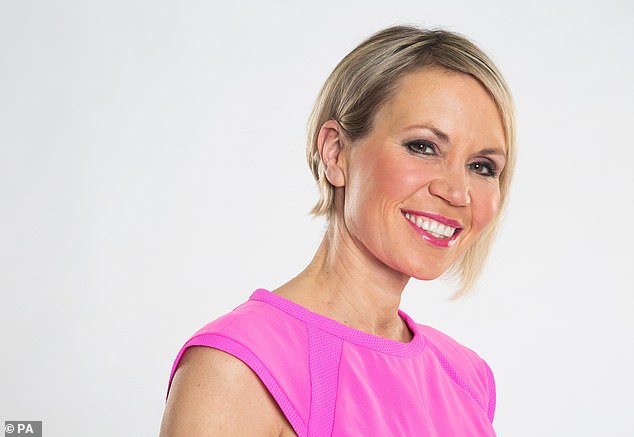 'Women need to be aware and ask for a blood test, which could be crucial for an early diagnosis.' On December 11, Dianne asked to go to A&E because she was in so much pain. After tests, she underwent a full hysterectomy and tissue was sent off for biopsies.

The news that she had stage 3 ovarian cancer arrived on New Year's Eve 2018 — a Monday — and she was transferred to Manchester's Christie Hospital.

'When the consultant came in with a Macmillan nurse and delivered the bad news, it was horrific,' Ian says. 'At that point the doctors were talking about treating her with chemotherapy, but very soon they realised there were too many complications.

HOW TO SPOT SIGNS OF OVARIAN CANCER

Ovarian cancer is one of the most common cancers in women, with almost 7,500 new cases a year in the UK. And with 4,100 deaths a year — 11 a day — it is the deadliest gynaecological cancer.

It is called 'the silent killer' because its symptoms can easily be mistaken for those of less serious conditions such as irritable bowel syndrome, especially in the early stages. As a result, two thirds of cases are not picked up until the cancer has spread around the body, when it is very hard to treat.

Yet if it is detected in the earliest stage, more than 90 per