Britons are eating far less white bread and red meat than they used to thirty years ago.

But the healthy decision to cut down on fatty meat and processed bread has been offset by a huge increase in fast food and junk food consumption.

The World Cancer Research Fund (WCRF) analysed Government data on weekly food purchasing in the UK to see how diets have changed since the 1980s.

Britons are also purchasing 23 per cent more fresh fruit and vegetables than they used to.

But sales of ready meals increased by 100 per cent in that time, while frozen and takeaway pizza consumption shot up by 143 per cent.

Thirteen per cent more chocolate bars are being consumed every year now compared to three decades ago.

The WCRF said it was positive to see some habits change for the better, such as removing cancer-causing red meat from out diets.

But it warned that society had become 'too reliant' on readymeals and fast food laden in fat, sugar and calories that cause obesity and cancer. 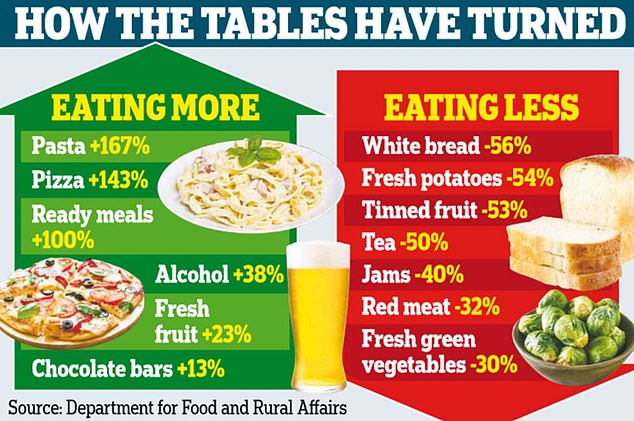 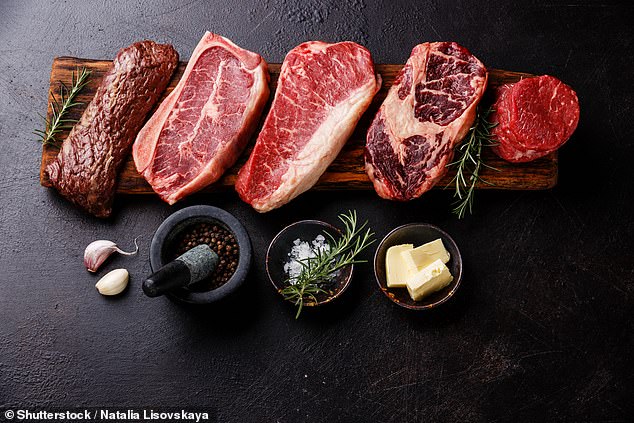 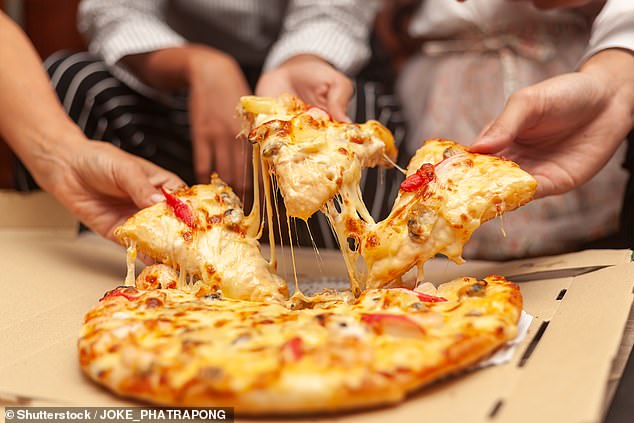 But sales of readymeals increased by 100 per cent in that time, while frozen and takeaway pizza consumption shot up by 143 per cent (stock image)

Alcohol purchasing has also increased by 38 per cent since the 1990s. Drinking alcohol is strongly linked to six different types of cancer, including breast, throat and liver cancer.

Obese people are at a higher risk of developing cancer than people who are a healthy weight.

This is because fat cells are active in the body, releasing hormones and electrical signals which encourage cells to divide and grow.

Cancer is caused by an error in cell division which results in them multiplying uncontrollably and building up into tumours.

The more active cells a person has in their body, the higher the chance of one of them going rogue and triggering this chain reaction.

Rachael Gormley, CEO of WCRF UK, said: 'When WCRF was founded in the UK 30 years ago, the link between diet and cancer wasn't widely known.

HOW CAN OBESITY CAUSE CANCER?

PREV 'There is no sign of a second wave': Experts rubbish Matt Hancock's warning
NEXT NHS enrolls 5,000 patients in mass trial of its soups and shakes diet to ...