Britain's Covid-19 swab-testing system has been crumbling this week as cases are surging and hundreds of people say they can't get tests even though they are ill.

Faced with a dead-end online booking system or directions to tests hundreds of miles from home, many are losing faith in NHS Test & Trace altogether.

But there are other ways to get tested. Websites run by private firms are offering in-clinic and DIY home tests for people wanting to speed up the process.

They come with a hefty price tag, however, with the most costly coming in at an eye-watering £350 for a swab done by a medical professional.

Although they're likely to be very similar kits, the Health Secretary Matt Hancock has urged members of the public not to take private tests.

He said in Parliament yesterday: 'We don’t recommend any private tests that are not signed off and verified and therefore we’re providing tests, as many tests as we possibly can with a growing capacity.'

A move away from the national testing programme could allow new cases to go under the radar and get missed from official data, while there is a risk of profiteers selling tests that give inaccurate results.

Some of the UK's top paid-for healthcare providers, BUPA, HCA and Babylon among them, are not offering swab tests to people unless they're going into hospital, with Babylon instead directing people to the NHS programme.

Below are some of the tests available online. All are nose-and-throat swabs the same as the ones used at drive-in test centres: 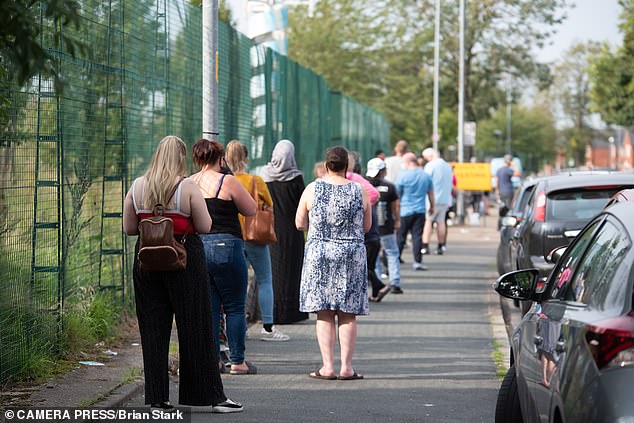 Health Secretary Matt Hancock has urged people in the UK not to turn to private testing and to use the national – free – system being run by the Department of Health, but many people are facing long waits, long drives or are unable to get tested at all (Pictured: A queue of people outside an official testing centre in Manchester yesterday)

London Doctors Clinic will send people a DIY swab test which is used to diagnose Covid-19 for £189 each, including postage.

The company says it is using the same nose-and-throat swab tests used by the NHS Test & Trace programme, and that they are 'approved by Public Health England'.

Official testing centres have used more than one type of test since setting up, with the biggest players those made by the companies Randox and ThermoFisher.

The company claims its test is 98 per cent sensitive – meaning it correctly identifies 98 out of 100 people who have coronavirus – and 100 per cent specific, meaning it does not wrongly diagnose people who don't have the virus.

It says the results are available within three days of the test being posted back to the lab. 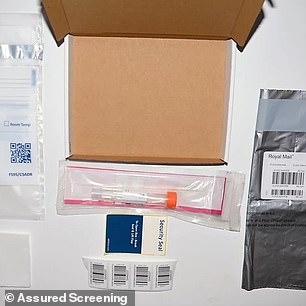 Assured Screening, a pharmaceutical lab based in County Durham, offers home testing or tests at a centre in the North East of England.

The test centre is located, aptly, in Barnard Castle – the Durham town where Government advisor Dominic Cummings was seen breaking self-isolation rules by going for a drive to 'test his eyesight'.

For people who live out of range of the lab, home tests can be done in a process that usually takes three days, the company says.

Its tests are more than 95 per cent sensitive and 100 per cent specific, Assured Screening says, and it uses machines developed by big-name testing companies Qiagen, Roche and Thermo Scientific. 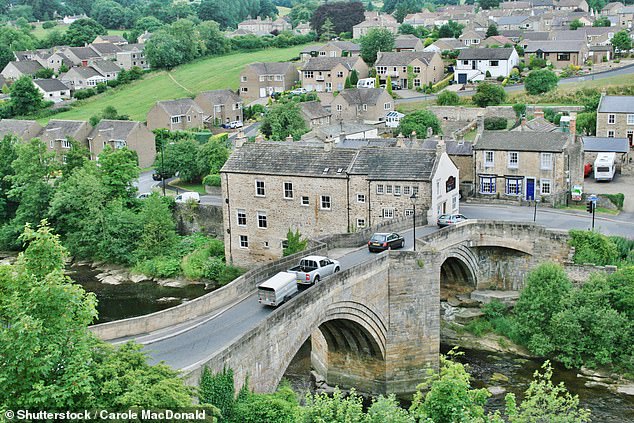 A website called Private Harley Street Clinic offers tests for up to £350.

Customers can order home test swab kits for £250, which are posted out, or have a home visit from a medical professional for £350.

The company, which has a clinic and laboratory on the famous medical street in west London, says it can provide people with test

PREV US regulators are 'very concerned' about the side effects of AstraZeneca's ...
NEXT NHS enrolls 5,000 patients in mass trial of its soups and shakes diet to ...