Scientists have developed a mathematical model to determine whether or not US states are in a 'second surge period' of coronavirus infections.

Researchers from the University of Sydney, in Australia, looked at data and determined any state with a 'second spike' that is less than one-fifth of the first is not a true second wave because it is too small.

Using this methodology, they established that, by the end of July, at least 31 states such as Florida, Ohio and Pennsylvania were in their second surges.

About 13 states, including California, Texas and Georgia, had seen infection rates merely flatten for a bit, and not track downward, so they were still in their first waves.

Meanwhile, New York and New Jersey had completely managed to flatten their respective curves, and their first surge was 'completely over' with no second surge in sight.

The team says the findings can help local and state lawmakers determine when to ease restrictions by spotting the difference between stable or insufficiently declining infection rates and rates on a downward trajectory. 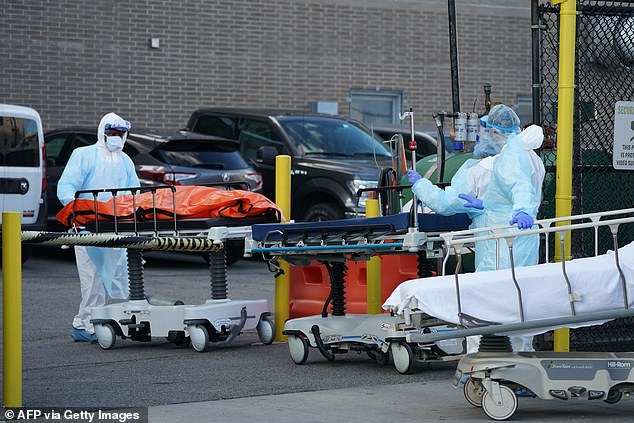 Scientists have developed a mathematical model to determine whether or not US states are in a 'second surge period' of coronavirus infections. Pictured: Bodies are moved to a refrigerator truck serving as a temporary morgue outside of Wyckoff Hospital during the coronavirus pandemic in Brooklyn, New York, April 4 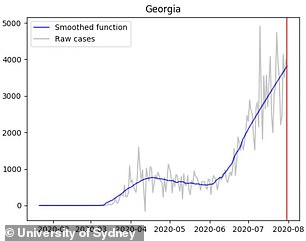 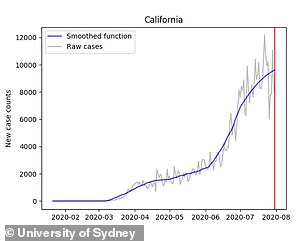 STILL IN FIRST WAVE: Thirteen states, such as Georgia (left) and California (right), were found be in their first waves. This is because these states had rising case numbers from January to July with no significant downward trajectories 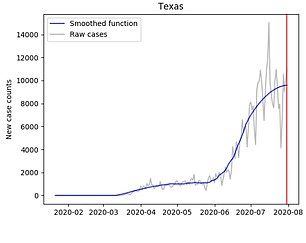 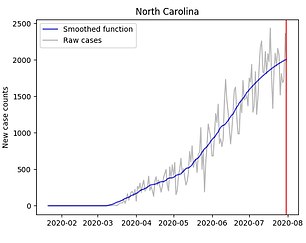 STILL IN FIRST WAVE: As of August, Texas (left) was still in its first wave despite a short flattening of cases from April to June. North Carolina (right) has been on a steady, upward climb with no flattening cases 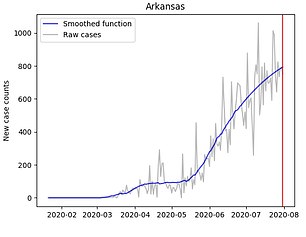 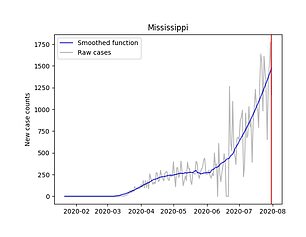 STILL IN FIRST WAVE: Arkansas (left) was found to still be in its peak despite a flattening over Spring 2020. Mississippi (right) is also in its first surge with a sharp upward trajectory since early June

'In some of the worst performing states, it seems that policymakers have looked for plateauing or slightly declining infection rates,' said co-author Dr Nick James, a PhD student in the School of Mathematics and Statistics at the University of Sydney.

'Instead, health officials should look for identifiable local maxima and minima, showing when surges reach their peak and when they are demonstrably over.'