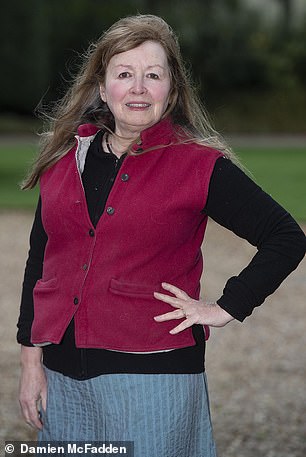 Writer Mary Killen used to unwind with a few glasses of wine ‘five or more days a week without any effect’. It was one of the joys of her life

Writer Mary Killen used to unwind with a few glasses of wine ‘five or more days a week without any effect’. It was one of the joys of her life.

But all that abruptly changed three years ago following a five-day bout of campylobacter food poisoning, brought on, she suspects, by eating ‘grubby’ vegetables from the garden.

Mary, the author of the Spectator’s agony aunt column and a stalwart of Channel 4’s Gogglebox, needed a course of antibiotics, so severe were the symptoms of vomiting and diarrhoea.

‘Immediately afterwards, I found I couldn’t face alcohol,’ says Mary, who lives in Marlborough, Wiltshire, with her husband Giles.

‘I remember going to a house party on the Isle of Mull a short time later. All sorts of wonderful wines were being served and I couldn’t touch any of them. It made me recoil — reminding me of when I was pregnant with our two daughters, both of whom are now in their 20s. It has completely lost its appeal. I don’t even like the smell of it.’

Mother-of-five Lucille Whiting had a similar experience. Never a big drinker, Lucille used to enjoy unwinding with her husband every few weeks by watching a film and sharing a bottle of wine.

But following a bout of Covid in April, Lucille, 39, a jewellery designer from Suffolk, doesn’t just recoil from alcohol, she finds it also makes her ‘horribly sick’.

She made the discovery after trying a glass of wine in August, following her recovery from the virus.

‘We had a couple of glasses on a Friday night and I ended up being sick for most of the weekend,’ says Lucille. 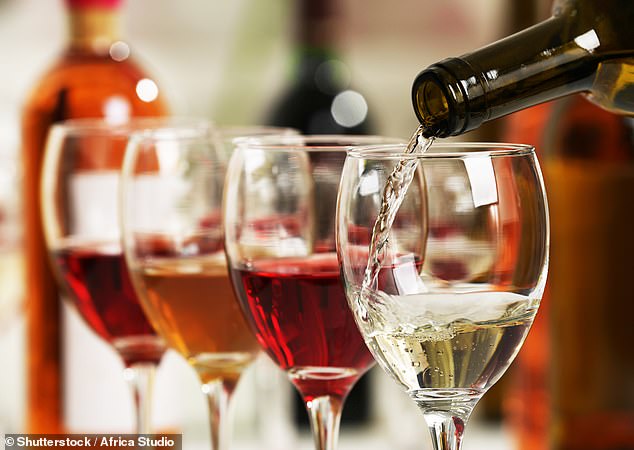 Mother-of-five Lucille Whiting had a similar experience. Never a big drinker, Lucille used to enjoy unwinding with her husband every few weeks by watching a film and sharing a bottle of wine

‘I had pain in my sides, towards my back; severe nausea and vomiting; and chills. I had to sit under a blanket, frozen.’

Neither Mary nor Lucille can now drink anything harder than lemonade.

So why should an illness prompt someone to go off alcohol? There are various theories, say experts.

‘One wild theory — and I stress it is a wild theory — is that serious infection may affect the microbiome or genetic material of gut bacteria,’ says Rajiv Jalan, a professor of hepatology at University College London.

‘The gut is innovative because it has lots of nerves and links with the brain. So if the gut bacteria are altered — as can happen after an infection or a course of antibiotics — it may have an impact on the desire for drinking alcohol.’

This chimes with Mary’s experience, as the only other time she has gone off alcohol (aside from during pregnancy) was in 1999 after a bout of Legionnaires’-related pneumonia (caused by the Legionella bacterium) and a course of antibiotics.

It took her ten years to feel like drinking again. ‘I don’t know if it was physiological or psychological, but I couldn’t face it,’ she says.

Some people find they suddenly go off alcohol even without falling ill, says Professor David Lloyd, a consultant liver and laparoscopic surgeon at University Hospitals of Leicester NHS Trust.

An intolerance to alcohol can happen due to a lack of enzymes, including aldehyde dehydrogenase, needed to break down acetaldehyde, the toxic compound produced when alcohol is

PREV Schoolgirl, 11, was a top athlete - now she can't walk up the stairs without ...
NEXT US should expand coronavirus vaccine eligibility to seniors NOW, former FDA ...