Lancet letter which demanded Freedom Day be scrapped was signed by people NO ... 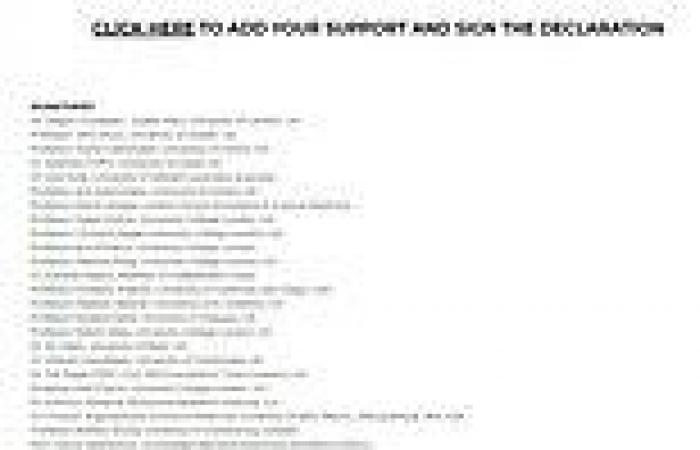 A scathing letter which demanded Freedom Day be delayed and was backed by more than 1,200 'experts' allowed people with no scientific credentials to sign it, MailOnline can reveal.

The document accused the UK Government of conducting a 'dangerous and unethical experiment' by pressing on with the July 19 unlocking despite soaring infection rates.

It was originally signed by 122 leading scientists and doctors last week and published in the prestigious journal The Lancet.

But it was later republished on an online campaign website, where it gained more than 1,000 more signatures and made national headlines on Tuesday.

The Lancet's editor-in-chief  Dr Richard Horton claimed that the letter highlighted that there was 'no scientific consensus' over Boris Johnson's decision to ditch most remaining lockdown curbs next week.

However, among the 1,246 purported scientists who'd put their name to the document by last night, MailOnline found social workers, midwives, dentists and trainee doctors.

There were also a handful of signatories who simply had 'medic' as their profession or a blank space beside their name.

MailOnline was able to sign the letter using a fictitious name and title, however, the pseudonym was not added to the published list of signees at the time of writing.

The document attacked the Government over policy that will have economic and health impacts England, and more widely Britain — yet people from all over the world were able to sign it.

MailOnline counted dozens of names from as far afield as New Zealand, Australia, India and Japan. Signees were also located in Mexico, the US, Canada and Argentina, as well as several countries around Europe. 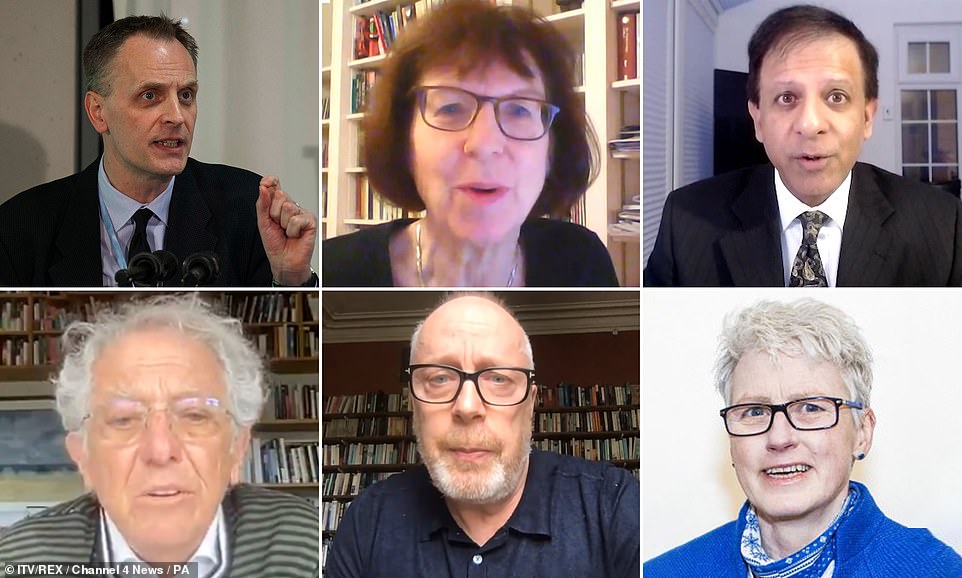 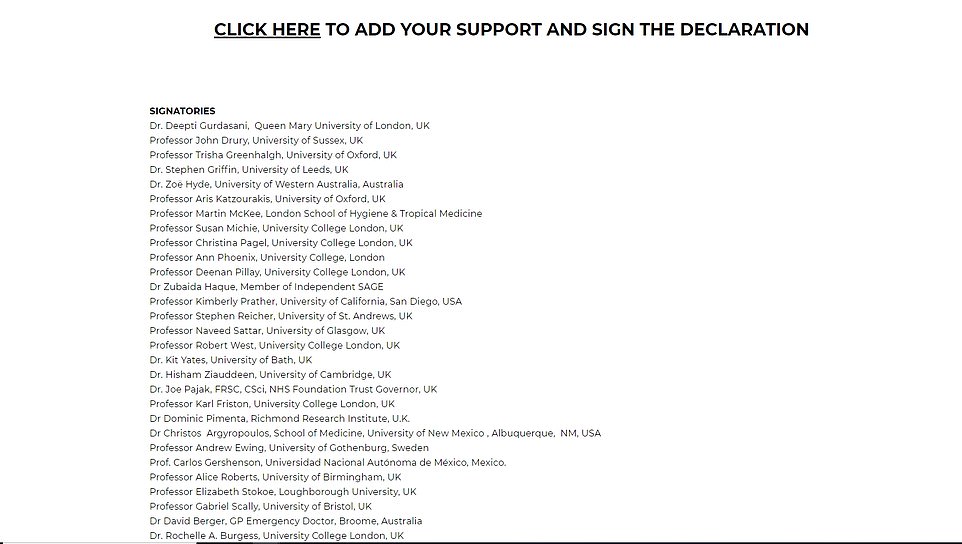 But it was later republished on an online campaign website known as the John Snow Memorandum, where it gained more than 1,000 more signatures and made national headlines on Tuesday (the list shown above). Among the 1,246 purported scientists who'd put their name to the document by last night, MailOnline found social workers, midwives, dentists and trainee doctors. There were also a handful of signatories who simply had 'medic' as their profession or a blank space beside their name

WHO WERE THE MOST HIGH PROFILE SIGNATORIES? 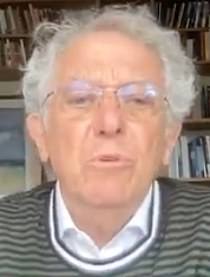 Sir David was the UK Government’s most senior scientific adviser from October 2000 to 31 December 2007.

He is the director of research at the Department of Chemistry at Cambridge University.

Sir David also chairs the Independent SAGE group, unaffiliated to government, that publishes advice aimed toward the UK government regarding the Covid pandemic.

Sir David and the group have been highly critical of the Government's handling of the crisis. 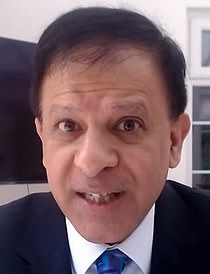 Dr Nagpaul is a GP in Stanmore, North London, and was elected as chair of the influential trade union for doctors in July 2017.

He previously slammed No10 for shortening the dosing gap between Covid vaccines. 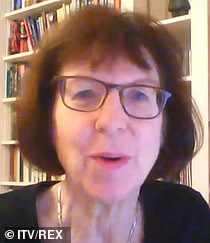 Professor Michie is a senior member of the SAGE behavioural subgroup SPI-B.

She has been a fervent Communist since 1978 and has previously called for social distancing and wearing face masks should stay forever. 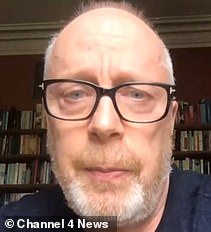 SAGE member and social psychologist at the University of St Andrews

Professor Reicher is another senior member of SPI-B.

He has previously criticised the Government for allowing the Cummings row to undermine public trust. 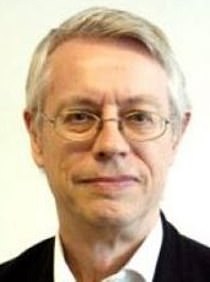 Professor West is also a Spi-B member and prominent psychologist in University College London's Institute of Epidemiology and Healthcare.

He has previously criticised the Government for allowing 70,000 deaths a year from smoking.

Professor Oni  is a Nigerian urban epidemiologist at the Medical Research Council Epidemiology Unit at the University of Cambridge. She is a NextEinstein Forum Fellow and World Economic Forum Young Global Leader. 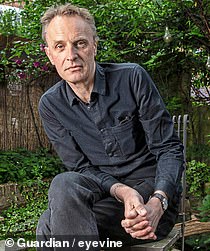 Editor of The Lancet

Since the pandemic began he has accused ministers and their advisers of failing to act properly or quickly enough.

Dr Simon Clarke, a microbiologist from the University of Reading, told MailOnline that allowing people who were not scientists or practicing medical professionals within the UK to sign the letter was 'misleading'.

He added the UK was in a 'unique position' to most countries around the world because of its highly successful vaccination rollout, which gives it the luxury to be one of the first countries to relax Covid curbs fully.

'I think think asking people who are not working or practicing in uk to comment on policy which is English but may have ramifications for other parts of the UK is potentially misleading.

'And I don't think right if we [British experts] were to comment on country specific policies elsewhere in the world it would be particularly welcome.'

In the Lancet letter, the original 122 experts demanded the Government reconsider its plan to abandon all restrictions in England on Monday, describing it as 'premature'.

They warned that going ahead with Freedom Day despite accepting there could be hundreds of thousands of infections each day is both 'unethical and illogical'.

Allowing Covid to rip through the country will leave 'hundreds of thousands with long-term illness and disability' due to the effects of the virus itself, as well as long Covid, they said.

The letter was also signed by several of No10's own expert advisers, including Professor Susan Michie and Professor Stephen Reicher, highlighting the rift within SAGE over the July 19 unlocking.

After its original publication in the Lancet on July 7, the letter was then post to the John Snow Memorandum website, which was set up by medics and scientists who oppose Laissez-faire attitudes to Covid curbs.

A press release distributed by the group this week was titled: 'Scientists unite to condemn Government's "herd immunity by mass infection" plan.'

Dr Clarke told MailOnline: 'While some of these people will have opinions, and while those opinion might be valid, they shouldn't be presented as scientists and medical experts.

'I'm a microbiologist, I'm not an expert in delivering babies, so I wouldn't put my name to a pressure letter

MailOnline has contacted The Lancet and the John Snow Memorandum for comment.

No10 is pressing on with Freedom Day despite the fact cases are expected to soar past 100,000 by August.  Ministers insist vaccines will 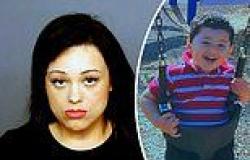 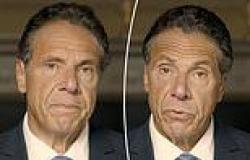 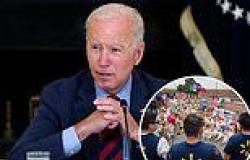 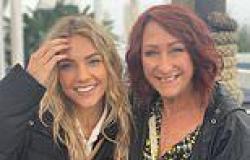 Home and Away gets permission to resume production as Sydney's current Covid ...

Noah Lyles was cruising to victory in the men’s 200m when he began slowing up ...

Home and Away gets permission to resume production as Sydney's current Covid ...

‘On your side’: As repression deepens, Johnson meets exiled Belarusian leader mogaznewsen

Danny Trejo says he 'faced the gas chamber' and 'got high with Charles Manson' ...

Brendan Fraser set to appear in Martin Scorsese's Killers Of The Flower Moon ...

‘On your side’: As repression deepens, Johnson meets exiled Belarusian leader mogaznewsen