Number of GP appointments with an actual doctor drops below 50% for first time ... 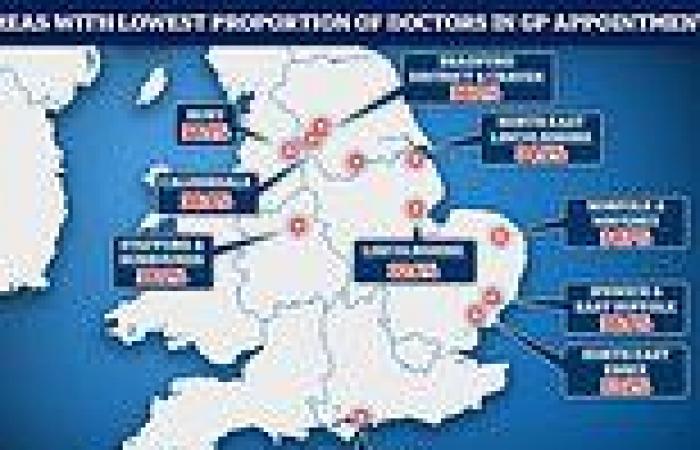 Less than half of GP appointments are now with an actual doctor, a MailOnline analysis of NHS data has revealed, the first time this figure has dropped below the 50 per cent level this year.

This is even lower in some parts of the country where less than one in three patients are actually seeing a qualified doctors when they go to the GP, such as Lincolnshire.

Even though there were 2million more GP appointments in October than the previous month, figures show that only 47.2 per cent were with a qualified doctor, the lowest level since October last year, during the pandemic.

The same figures show that nearly four in 10 consultations (35.6 per cent) were still not-in-person in October despite health secretary Sajid Javid issuing a stark warning to practices to get back to pre-pandemic levels, when over 80 per cent were face to face.

Lincolnshire recorded the lowest proportion of appointments with a qualified doctor with only 32.6 per cent of total patient interactions being with a GP.

This was followed by North East Essex, where just under one in three appointments (33.2 per cent) were with a doctor. 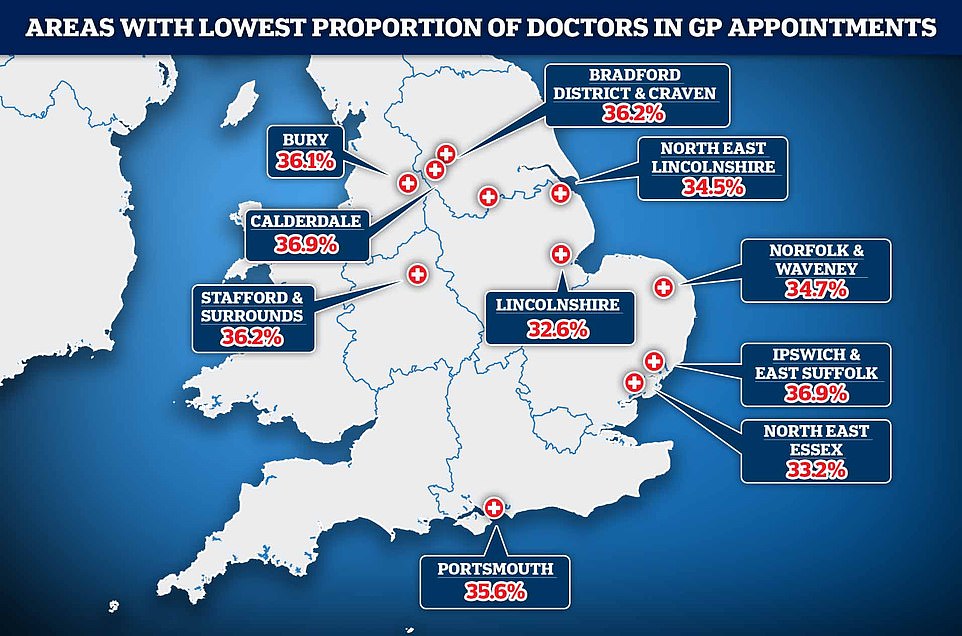 Less than one in three appointments with patients were carried out with a qualified doctor, an analysis of NHS data has revealed with areas such as Lincolnshire recording particular low rates

The number of GP appointments with a doctor present fell below 50 per cent for the first time this year, with staff members such as nurses, pharmacy assistants, physiotherapists and even acupuncturists seeing more patients in total than GPs

North East Lincolnshire was also a poor performer, with just over a third, 34.5 per cent of appointment there with a GP.

London was the only region to tip over the 50 per cent mark, with 56.9 per cent of GP appointments in the capitol carried out by doctors.

Patients in the Herts Valleys are of west Hertfordshire were the most likely to see a doctor when visiting their GP in England, with 59.6 per cent of appointments. It was one of only 24 areas that had over half of appointments carried out by GPs.

Last month, Mr Javid entered a war of words with England's GPs, threatening a range of measures if they failed to boost the number patients they saw in person, including naming and shaming individual practices.

The health secretary's threats came after it was revealed face-to-face appointments between patients and GPs were well below pre-pandemic levels with only just over half of patients managing to see their family doctor in person in for the majority of this year compared to eight in 10 patients in 2019.

His threats, appears to have been partially successful, with GP practices across England holding nearly 19.5 million face-to-face appointments in October, 2million more than in September.

This means a total of 64.4 per cent of GP appointments in England were held face-to-face last month, compared to 60.7 per cent in September with the drop coming from a reduction in telephone consultations.

While this is nowhere near the levels for the month of October 2019, when 81.1 per cent of appointments were held in person.

Additionally MailOnline analysis of NHS Digital data has revealed that while more GP appointments were held face-to-face, less than half of these, 47.2 per cent, were with actual doctors, with patients instead seeing other staff such as nurses, pharmacy assistants and even acupuncturists.

Month-on-month, the number of appointments actually run by qualified doctors declined by almost 200,000 between September and October for a total of 14.3million.

In comparison, the amount of appointments being picked by other practice staff staff such as nurses, physiotherapists, and counsellors has increased by 1.8million between the two months to 14.8million, now accounting for 49.3 per cent of the total number.

NHS Digital lists acupuncturists, osteopaths and chiropodists, as well as health visitors and counsellors, as some the non-GP health staff who may see patients.

This means the growth in appointments, including face-to-face patient interactions has been driven by more appointments with staff who are not qualified doctors.

The remaining 3.5 per cent of staff appointments in England are listed as unknown in the NHS Digital data.

'GPs and our teams are busier and busier as we head into what is likely to be an extremely challenging winter,' he said.

Professor Marshall also highlighted how nearly two thirds of appointments in England were delivered face to face despite the pressures staff were under.

'General practice was stretched to its limits before the pandemic, but the intense workload and workforce pressures have been exacerbated by the crisis,' he said.

'Despite this, the size of the qualified full-time 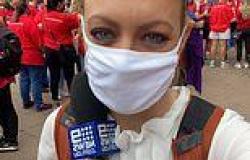 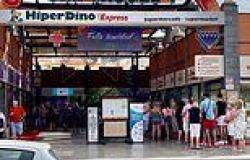 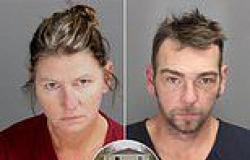 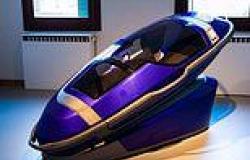 ‘Show up in force’: Dogs, Roos to play on Good Friday in 2022 mogaznewsen

‘I sense something there’: Can teen sensation lift Kerr even higher? mogaznewsen 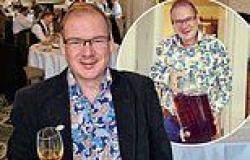