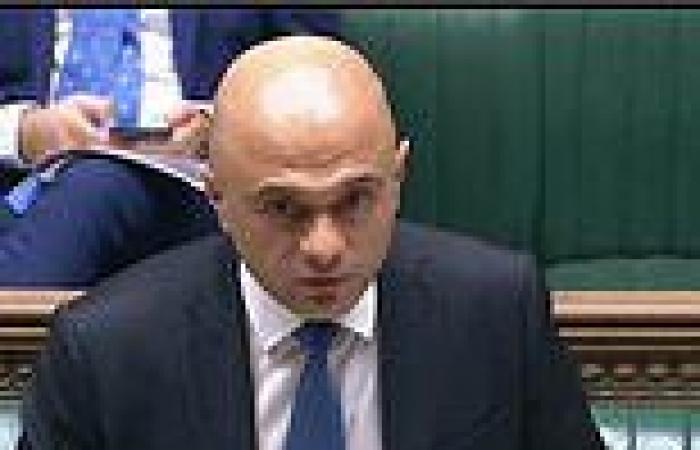 Sajid Javid and his top health advisers were today accused of scare-mongering after clarifying that gloomy models do estimate that 200,000 Britons could be catching Omicron every day.

The Health Secretary last night told MPs that daily Covid infections were thought to have breached the 200,000 mark.

But his comments, made in a statement discussing the threat of Omicron, sparked immediate confusion over whether the figure was relating to the virus as a whole, or specifically just the super-mutant variant.

Department of Health insiders last night told The Telegraph that Mr Javid was correct to imply Omicron cases had hit 200,000 a day.

And the UK Health Security Agency, which made the grisly estimate, today revealed the maths used to make the claim. Today's toll would be in the region of 300,000, by the team's own calculations.

But experts today questioned the pessimistic projection, with one of the country's most eminent statisticians calling the calculation into doubt.

Professor Sir David Spiegelhalter, from the University of Cambridge, told MailOnline: 'To get the figure of 200,000, they would need to assume a doubling time of 1.75 days, or a higher starting point.

'It is very frustrating, to put it mildly, that such high-profile and surprising numbers are given without any publicly available justification.'

Professor of medicine and consultant oncologist Karol Sikora added to the criticism, stating the Government was deliberately 'scaremongering' the population into getting booster jabs.

‘It’s alarmist and all part of a deliberate PR ploy to get people the booster,’ he said.

‘It’s not a bad idea to get the booster, but you could see yesterday the system creaked under the pressure.' 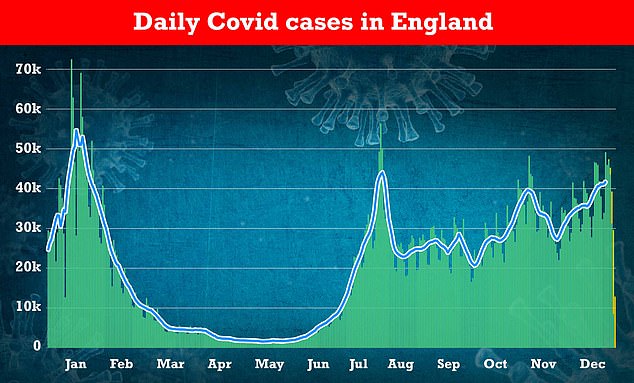 He added that he thought the 200,000 Omicron infections a day figure was deliberately pessimistic.

‘Virologists and the infectious disease guys thrive on bad news about it because they become important and so it’s in their interest to say there will be 200,000 infected a day.

'I would be very surprised if it was any worse than last time.'

Dr Simon Kolstoe, an expert in evidence-based healthcare at the University of Portsmouth, told MailOnline Covid modelling is 'complex' and the numbers shared by officials should be 'based on evidence'.

He added: 'Likewise estimates on doubling rates are precisely that - estimates - and there are many factors that influence how quickly a virus will spread.

'What is clear is that Omicron is a potential threat, and if we want to protect the NHS without having further lockdowns it is vital that as many people as possible get vaccinated.'

Did Britain's 'first Omicron death' die FROM the Covid variant or WITH it?

A lack of transparency over the UK's first Omicron death prompted fury today, as a doctor told the Government to release more details to stop 'unnecessary alarm'.

Experts are demanding answers about the UK's first Omicron fatality, such as the individual's vaccination status, if they were part of group vulnerable to Covid, and if the virus was the leading cause of death.

Professor of medicine and consultant oncologist Karol Sikora said the Government was not providing the nation with enough information about the death, and that this was causing 'unnecessarily alarming'.

'Were they in hospital for Covid or were they there because they had been run over by a bus?,' he said.

Boris Johnson revealed the UK's first death due to Omicron on a visit to a vaccination clinic in Paddington, west London.

He said: 'Sadly yes Omicron is producing hospitalisations and sadly at least one patient has been confirmed to have died with Omicron.'

Mr Johnson did not reveal the age of the person who died, or if they had underlying health conditions, which made them vulnerable, or whether Omicron was the leading cause of their death or a secondary factor.

Professor of medicine and consultant oncologist Karol Sikora said the Government should release more details about the death to put people's minds at ease.

'Have they had booster? Are they elderly?,' he said.

'There are all sorts of nuances to this thing, and we're not being given proper information.'

Mr Javid told MPs yesterday: 'There are now 4,713 confirmed cases of omicron in the UK.

'The UKHSA estimates that the current number of daily infections are around 200,000.

'While omicron represents more than 20 per cent of cases in England, we have already seen it rise to over 44 per cent in London, and we expect it to become the dominant Covid variant in the capital in the next 48 hours.'

On paper, Mr Javid's comment on 200,000 daily infections read like he was referring to overall Covid cases, rather than specifically those caused by Omicron.

But then The Telegraph was told last night that the Health Secretary was indeed referring to Omicron cases directly in that statement.

UKHSA today clarified that the 200,000 figure is based on data from the Office of National Statistics, which carries out tens of thousands of random tests each week.

Its data from November 21 — the week that Omicron was first spotted in the UK — allowed them to estimate there were about 78,000 Delta infections on December 7.

This figure, they say, allowed them calculate there were approximately 23,000 daily Omicron infections on December 7.

This is based on the assumption that the variant made up around 20 per cent of cases by then.

Then by assuming, a doubling time of two days for Omicron cases, UKHSA estimated that by yesterday approximately 207,000 people were being infected every day.

When queried on the accuracy of the figures today, Mr Javid admitted that while previous Covid forecasts had been inaccurate, he could not just assume they were wrong.

'With previous variants of Covid we have seen forecasts and estimates whether it’s from academics or think tanks and others that have been completely off the mark,' he said.

'Just because forecasts in the past… have been wrong it doesn’t mean to say every estimate or forecast is always wrong.'

Doubts over the Government's Omicron modelling came on the back of accusations over a lack of transparency regarding the death and hospitalisations that have been attributed to the variant. 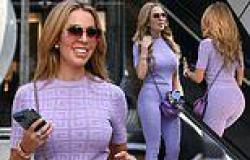 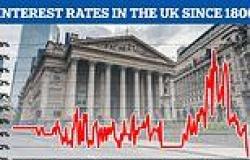 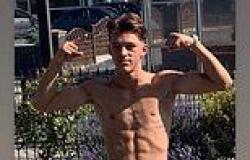 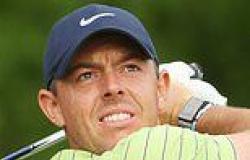