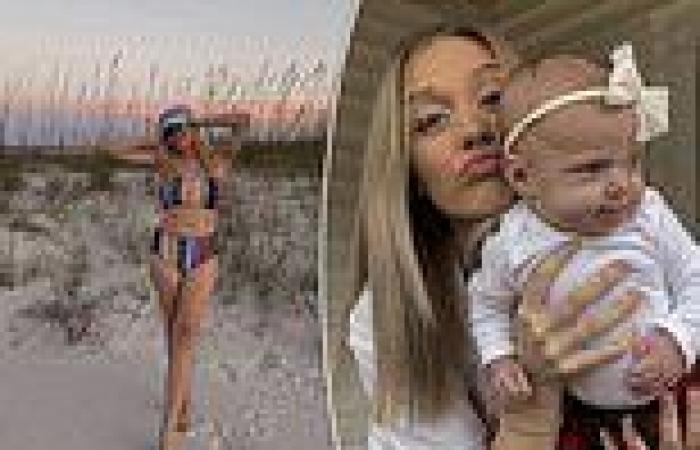 An unsuspecting teenager only discovered she was pregnant when she was five centimetres dilated and in labour - after having no bump, sickness or cravings.

Bri Blanton, 18, from South Carolina, was rushed to hospital by her mother, Jennifer Blackwell, 36, when she woke up doubled over in pain.

The teen - who thought she had wet herself - was told her waters had in fact broken and that she was pregnant and in labour.

Bri had to quickly adjust to the idea of becoming a mother before giving birth to her little girl, Oakleigh, just two hours later. 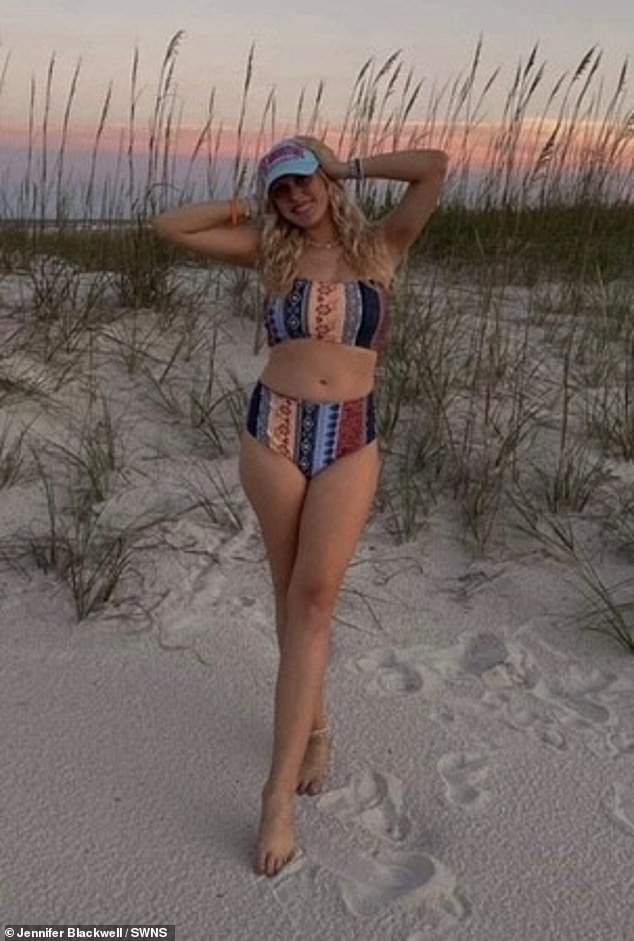 Bri, 18, had been in a bikini at eight months pregnant with no bump and even did a negative pregnancy test, her mother said

Despite having had no baby bump or pregnancy symptoms. Bri now loves being a mother to Oakleigh, who is four months old.

Bri, who works as a nanny, said: 'I woke up early and thought I had wet myself. I was doubled over in pain.

'When they told me I was pregnant and giving birth I was in complete shock.

'I kept saying to my mom: "This isn't possible". 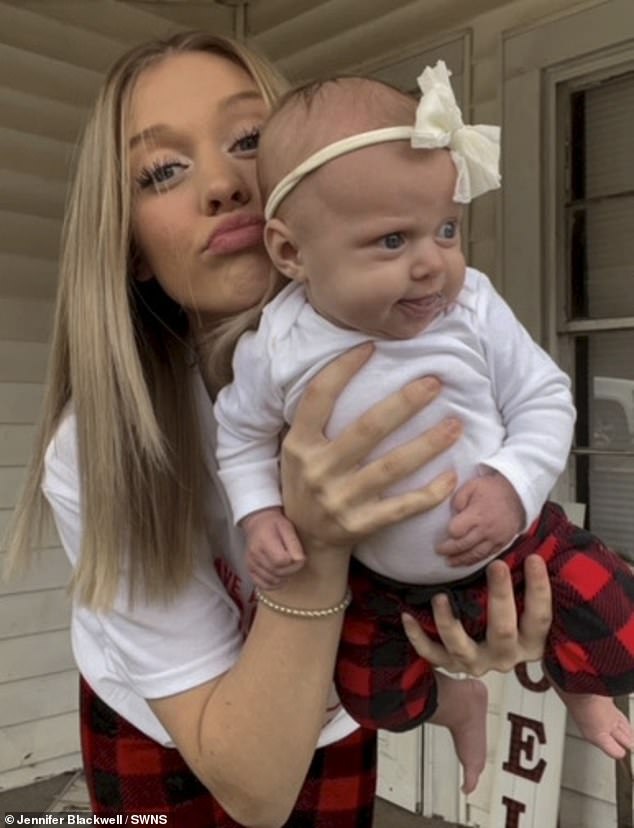 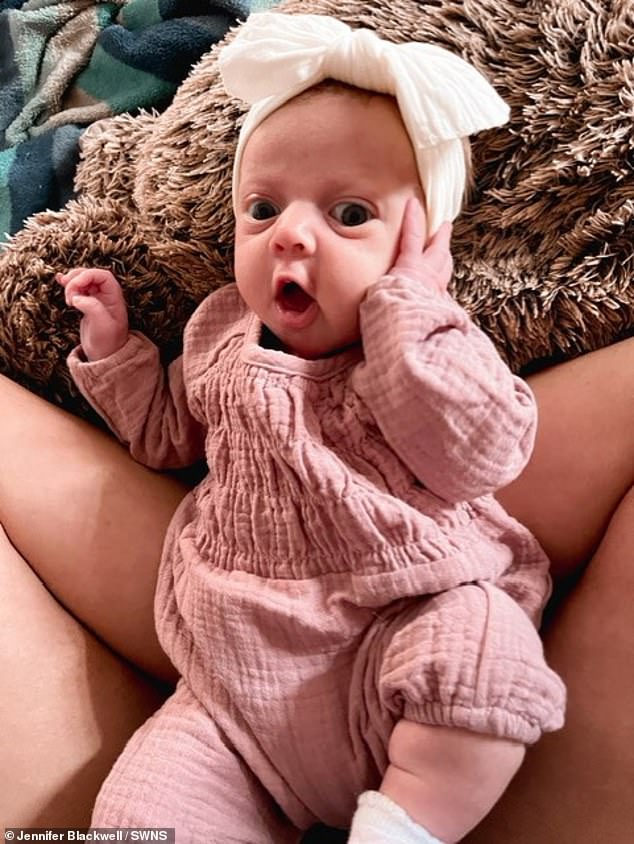 Despite having no baby bump or pregnancy symptoms, Bri now loves being a mother to Oakleigh, who is four months old

'They put her on me after she was born, and my mom said I looked like a deer in the headlights looking at her.

'It took me a good four hours after she was born to calm down.

'I told my friends I'd had a baby and they were like "but you weren't pregnant last week."

'They couldn't believe it.' 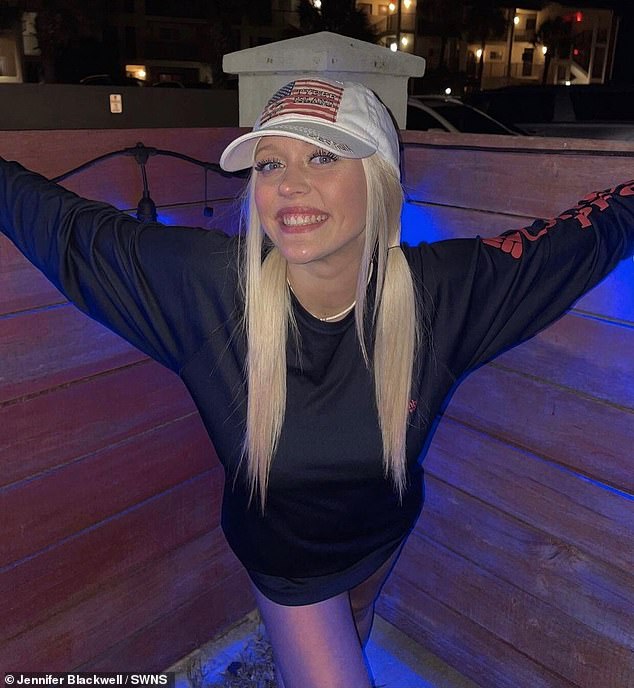 The young mother was pregnant in this picture, but had no idea. Her mother, Jennifer Blackwell, said her daughter fit into her prom dress at five months pregnant

Bri's mother Jennifer, a branch manager for a care home agency said: 'To us it was like she went to bed and woke up pregnant.

'She'd been in a bikini at eight months pregnant with no bump and even did a negative pregnancy test. We had no idea.

'But Oakleigh is a blessing. Watching Bri be a mom is really beautiful.'

Bri had no pregnancy symptoms and had carried on with her active lifestyle - riding, fishing and hunting - unaware she was expecting. 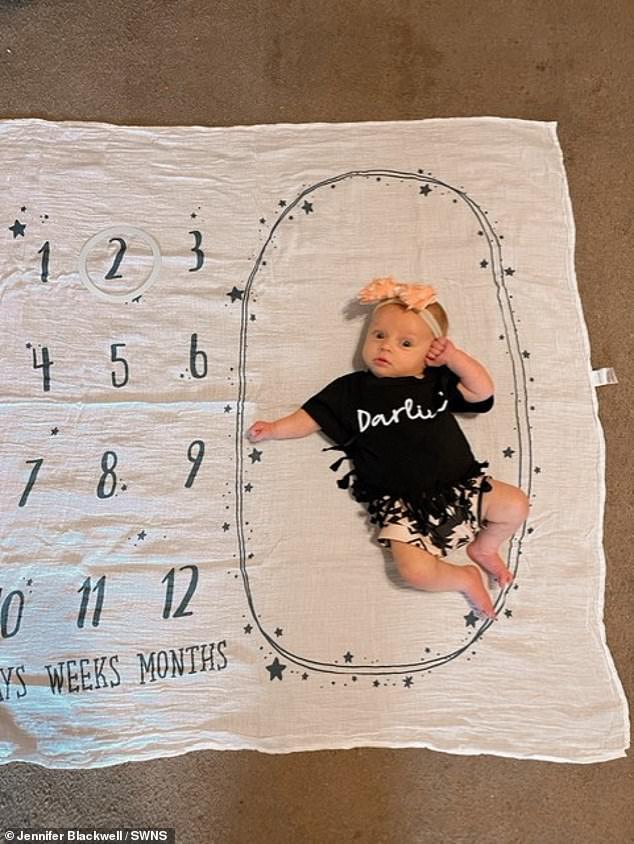 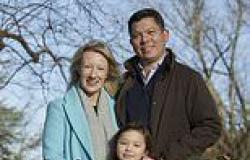 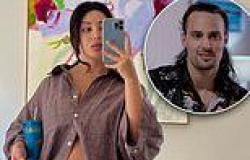 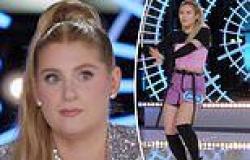 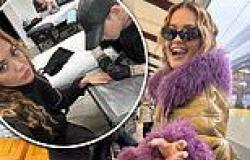