By Matthew Lambert for the Daily Mail

Men’s tennis has come a long way - literally - since the 4ft 11in Filipino Feliciano Hermoso Ampon made the third round at Wimbledon in 1949.

On Monday, 70 years on, the giants walked among us as 6ft 11in duo Ivo Karlovic and Reilly Opelka, playing on the same court, aced their way into the second round. For one day only, Court 7 was Court-7-foot-tall.

At 21, Opelka was making his debut here while 40-year-old Karlovic is the oldest man to compete in the singles since Ken Rosewall in 1975. 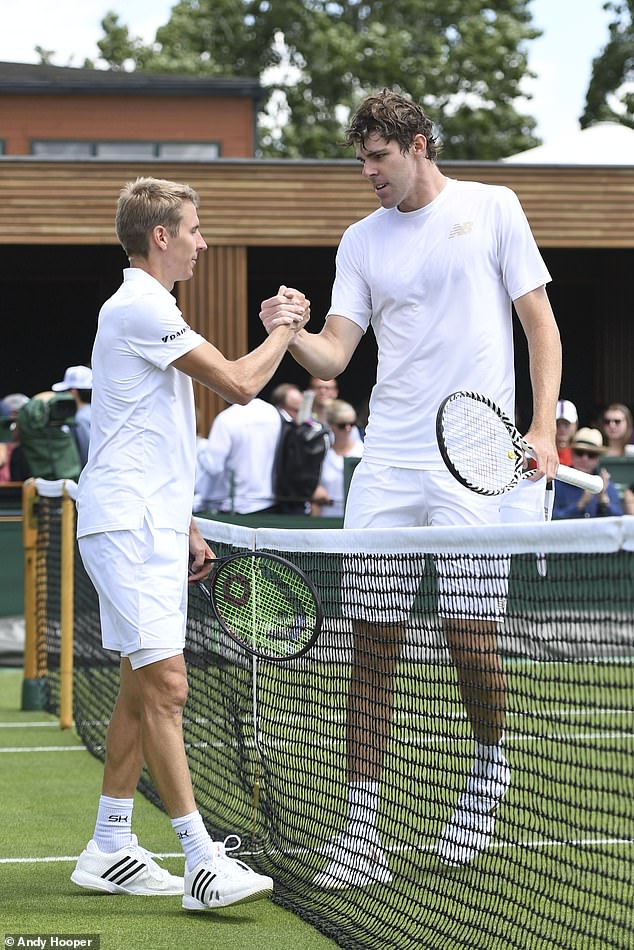 6ft 11in duo Ivo Karlovic and Reilly Opelka, aced their way into the second round of Wimbledon 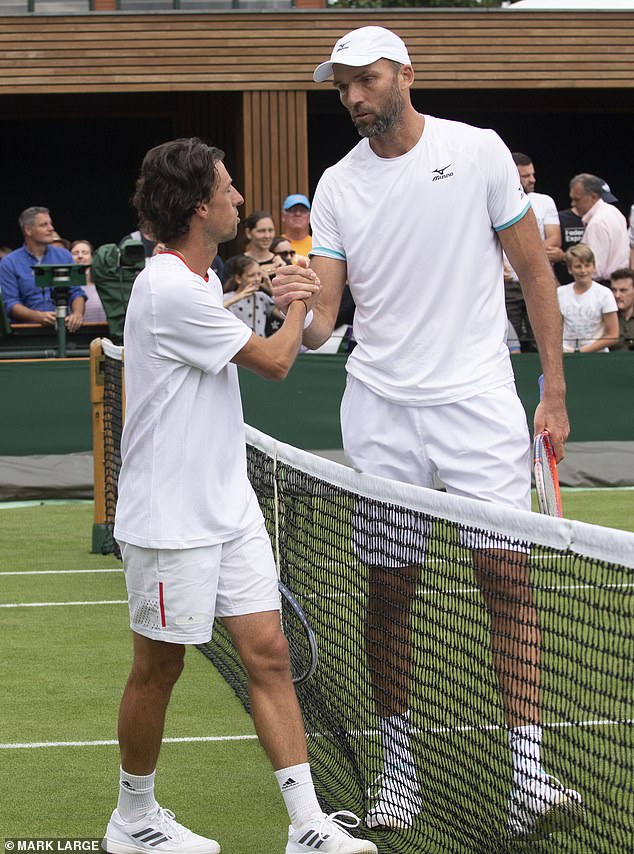 Officially they are locked together at 210 centimetres tall as the joint-tallest players in Wimbledon history but surely one must be a smidgen bigger?

‘I dunno,’ said Opelka, the Michigan-born Florida resident who beat Germany’s Cedrik-Marcel Stebe 6-3, 7-6, 6-1. ‘We stood back to back when I was 18 and we were even then, I don’t know if anything’s changed since then. But me and him and John Isner, we’re dead even.’

So it just depends on who’s had their hair cut? ‘Well I’m winning that one,' he said. 'Those guys are old, they don’t have as much hair as me.’