British heavyweight champion Daniel Dubois is poised to explode like Iron Mike Tyson after Nathan Gorman win Daniel Dubios was crowned British heavyweight champion on Saturday night Dubois lifted the Lonsdale belt after stopping Nathan Gorman in round five The Londoner has made the most explosive arrival in the sport since Mike Tyson The 21 year-old, so meticulous in his preparation, is destined for the world stage

It was long after midnight but he was still bare-chested. The Lonsdale belt over his shoulder. Erect as a tall ship's mast. A throwback to the future.

Daniel Dubois is carved from the historic oak of British heavyweight champions and is now setting sail from Greenwich towards the world title.

At 21, Dynamite Daniel had just made the most explosive arrival on the firmament of the prize ring since Iron Mike. 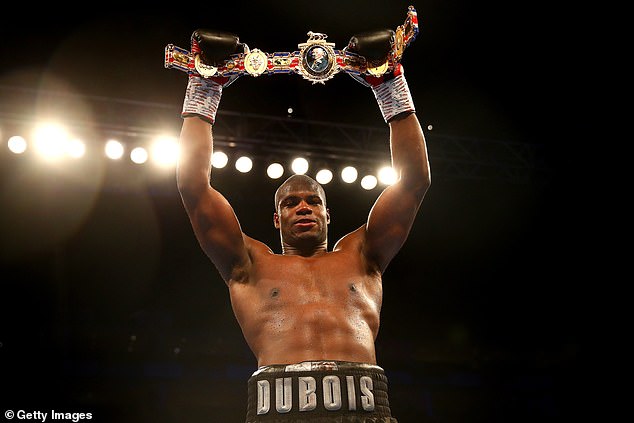 Not since Tyson burst on the scene has there been such a heavyweight frisson as the buzz in London on Saturday night.

The British title is but a foothold on the mountain but when it is planted with such emphatic menace as the blows with which Dubois felled a gallant Nathan Gorman inside five rounds there can be no denying the impact.

What makes this optimism all the

PREV sport news Premier League DISQUALIFY Bulgarian winner of their Fantasy Football game over ...
NEXT Wanderers attacker 'not in a good place' after head clash in win over Phoenix