Could Gareth Bale be heading to Jiangsu Suning? Image of Real Madrid outcast in Chinese Super League side's shirt appears online Zinedine Zidane revealed Real Madrid are ready sell Gareth Bale this summer Chinese clubs are thought to be willing to match his £350k-a-week wages  Shanghai Shenhua are the frontrunners to land the Welsh international Jiangsu Suning and Beijing Guoan have also been linked with a move for winger

A photo of Real Madrid outcast Gareth Bale in a Jiangsu Suning shirt has surfaced online.

The 30-year-old's acrimonious departure from Real Madrid took another turn on Sunday after Bale's agent Jonathan Barnett slated Madrid manager Zinedine Zidane for the way he has handled his client.

As revealed by Sportsmail, Bale's most likely destination is thought to be China - and the picture that apperared on Twitter on Monday will only fuel the speculation. 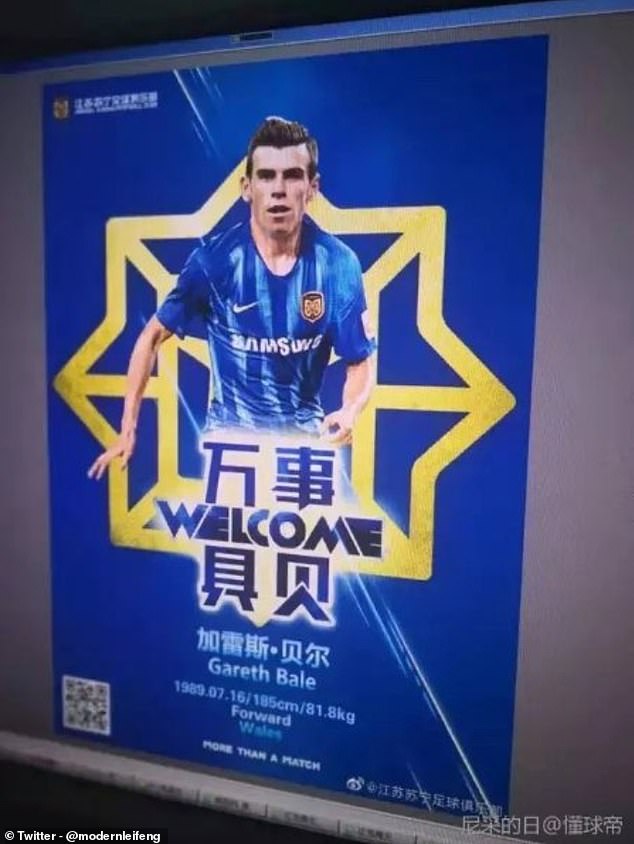 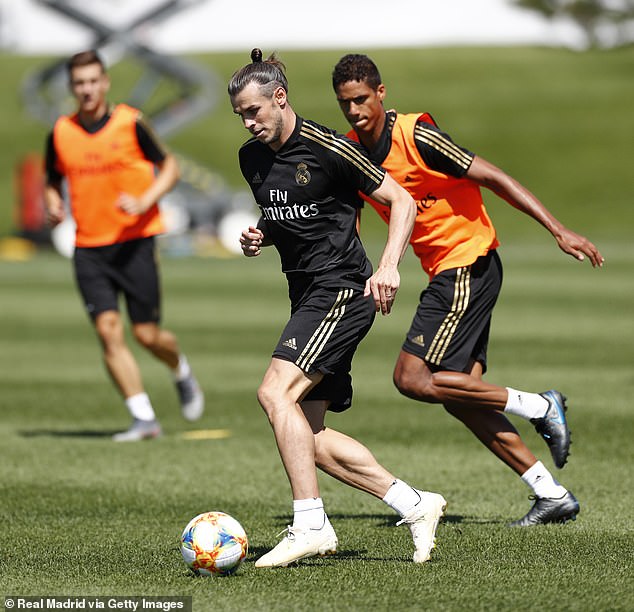 Despite training with the team in pre-season, Bale has been told he is surplus to requirements

Suning, whose shirt Bale is donning in the photo, are owned by the same company as Inter Milan, Suning Holdings Group, so if Bale