By Harry Olsen For Mailonline

Lewis Hamilton will look to get back on track at the Hungarian Grand Prix after spinning out twice in Hockenheim last week which saw him placed ninth,

The British Mercedes driver already sits on six Hungarian GP wins after adding another last year when he beat Sebastian Vettel by 17 seconds.

Max Verstappen who won the German Grand Prix last week will be hoping for no repeat in Budapest after being forced to retire due to mechanical issues.

Sportsmail provide you with everything you need to know for Hungarian Grand Prix 2019 including date, time and channel plus circuit overview, winners and odds. 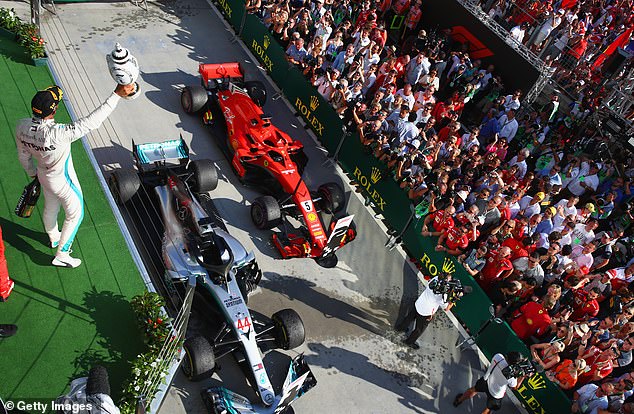 What time is it?

UK viewers will able to