(fashion) 'It doesn't bother me whether it comes or not': Conor Coady adamant he remains unaffected by England snub ahead of Wolves' clash with Everton Wolves captain Conor Coady not called for England squad by Gareth Southgate Defender rejected suggestions he was  affected by rejection from his country Coady will lead Wolves in clash at Everton on Sunday in the Premier League

Wolves skipper Conor Coady insists he will remain focused despite another England snub.

The defender has been overlooked again by Three Lions boss Gareth Southgate for the Euro 2020 qualifiers with Bulgaria and Kosovo. 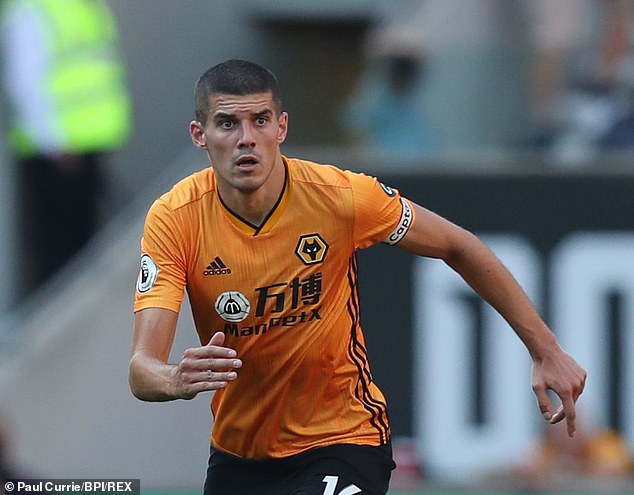 Coady skippered Wolves to seventh place last season and the FA Cup semi-final and still carries hope of international recognition but is not bitter at his latest absence.

'It is the pinnacle of any Englishman's career, it really is,' said the centre-back, who played every minute of Wolves' games last term.

'It is something where I will keep working hard and if I'm helping this club, that's all I care about.

'The England manager will pick whatever he picks. I don't look at it as if I am looking to be in there.

'They have picked some fantastic players who are playing in the Premier League.

'It is no problem. I love

PREV sport news Philippe Coutinho compounds Barcelona humiliation after he scores twice for ...
NEXT Wanderers attacker 'not in a good place' after head clash in win over Phoenix