(fashion) Liverpool's Roberto Firmino becomes first Brazilian to score 50 Premier League goals with strike against Burnley... but which compatriots did he beat to the landmark?  Roberto Firmino became the first Brazilian to score 50 Premier League goals  The forward netted Liverpool's third goal in a 3-0 win over Burnley on Saturday The 27-year-old beat compatriots Juninho and Gilberto Silva to reach the total Gabriel Jesus is among the active players who could yet surpass Firmino

The forward provided an assist for Sadio Mane to score the Reds' second goal and found the net himself with a low strike as Liverpool ran out 3-0 winners at Turf Moor.

The 27-year-old reached the total in 141 top flight appearances, averaging a 0.35 goals per game ratio. 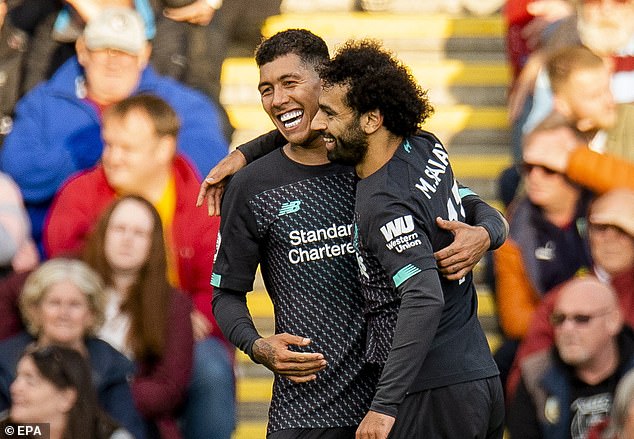