(fashion) Injured Vincent Kompany watches from the sidelines as Anderlecht pick up first three points of the season Anderlecht finally picked up a win in the Belgian league against Standard Liege  Vincent Kompany joined Anderlecht as player-manager after leaving Man City However, the start didn't go to plan, and he appointed himself captain instead  The injured captain had to sit on the sidelines, but enjoyed watching the win

Anderlecht have picked up their first three points of the season, and their captain Vincent Kompany watched on from the sidelines.

Kompany, who joined from Manchester City this summer, picked up a hamstring injury playing against Genk last week.

However, despite his absence, the club finally picked up a win, beating Standard Liege 1-0 on Sunday after a string of draws and losses. 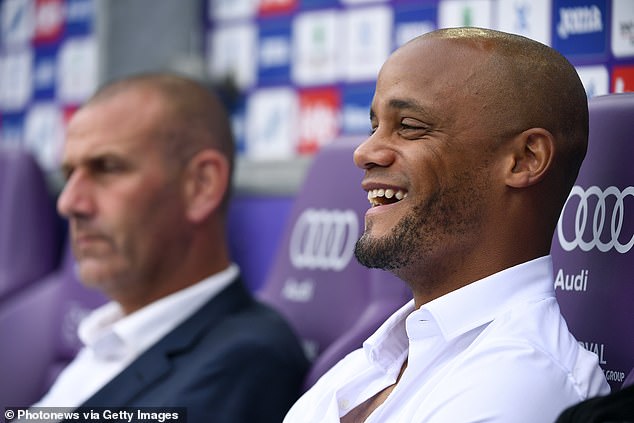