(fashion) Novak Djokovic booed off court at US Open as defending champion pulls out with shoulder injury two sets down against Stan Wawrinka Novak Djokovic appeared to be playing without pain over first couple of sets  Stan Wawrinka looked pumped up and inspired as he took lead over champion  Crowd were stunned when Djokovic came up to the net to embrace Swiss   Djokovic said: 'The pain has been constant for weeks now', after withdrawal

Novak Djokovic's US Open title defence came unstuck on Sunday when a nagging shoulder injury forced the world No 1 to retire from his fourth-round match against Stan Wawrinka, prompting a chorus of boos from the crowd at Flushing Meadows.

Wawrinka was leading 6-4 7-5 2-1 when Djokovic decided he could not continue, the pair embracing at the side of the court before the Serb walked off with his head down low but his left thumb stuck high in the air.

'The pain has been constant for weeks now. Some days higher, some days with less intensity, and obviously taking different stuff to kill the pain instantly,' said Djokovic, who has won the US Open three times. 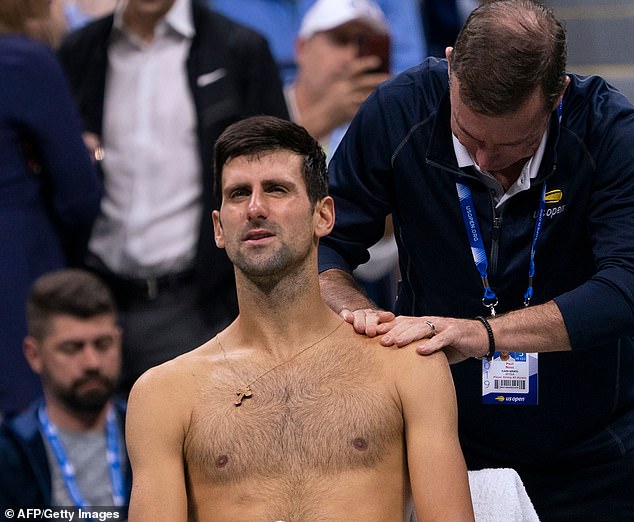 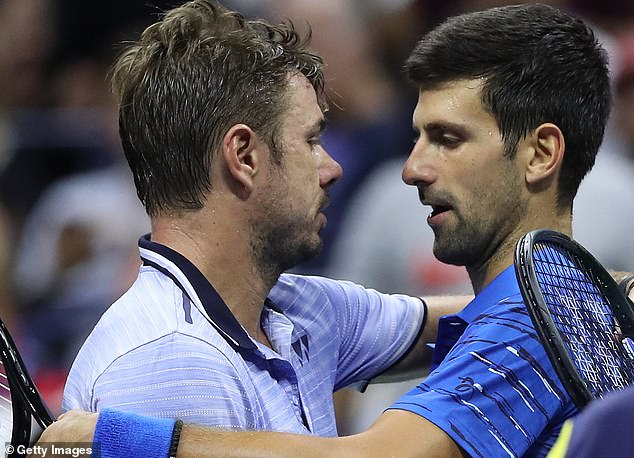 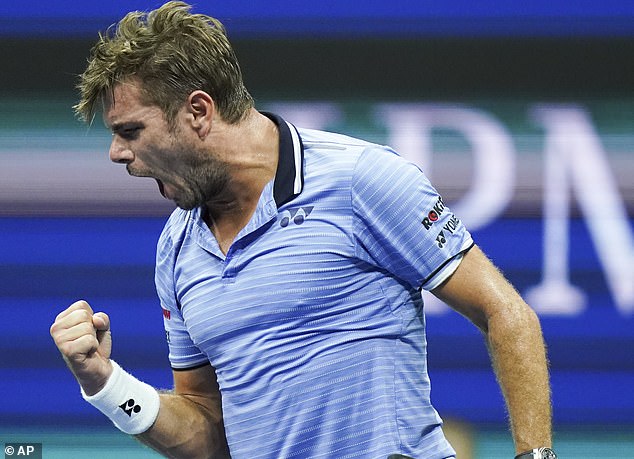 'You just know when you know, I guess, when you feel like you're not able to hit the shot anymore.'

After dropping the second set, Djokovic immediately called for medical attention and sat courtside without his shirt on while the trainer gave him a massage.