Japan’s march to the World Cup last eight and their magnificent wins over Ireland and Scotland — not to mention South Africa four years ago — have been a huge, welcome wake-up call for the rugby world.

Not just in the thrilling way they play but also how rugby must now urgently restructure itself to accommodate emerging nations.

Japan have made many modern-day coaches look rather silly, demonstrating how playing at incredible pace with ball in hand and, most importantly, within the laws, can be not only the most effective but also the most exciting way to play. 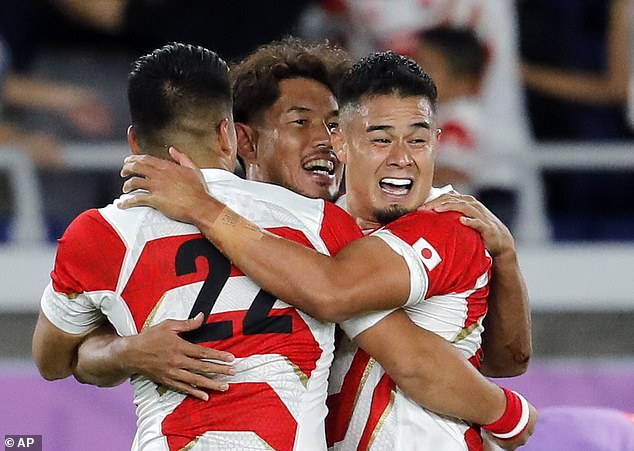 Their tackling is low, textbook and disciplined as well as ferocious. Their handling is extraordinary. They rarely flirt with ‘flat’ balls and forward passes, much preferring legal passes at a more acute angle with receivers lying slightly deeper with devastating results.

They are disciplined in defence and don’t creep offside trying to nick metres. The box kick — which more than any other aspect of the game is killing it as a spectacle and is massively overused by the top nations — is anathema to Japan.

The box kick is the modus operandi of those who haven’t got the skill or imagination to execute anything more ambitious. Japan’s amazing fitness allows them to play the game differently from any team other than the All Blacks.

The amount of time the ball is in play has gone to a different level with Japan and it is compulsive watching for any sports fan.

They must be a complete nightmare to play against but just look at the sheer joy on the faces of players and fans alike when Japan take centre stage. I’ve even seen them compared with the great Brazil football teams in their approach and impact. 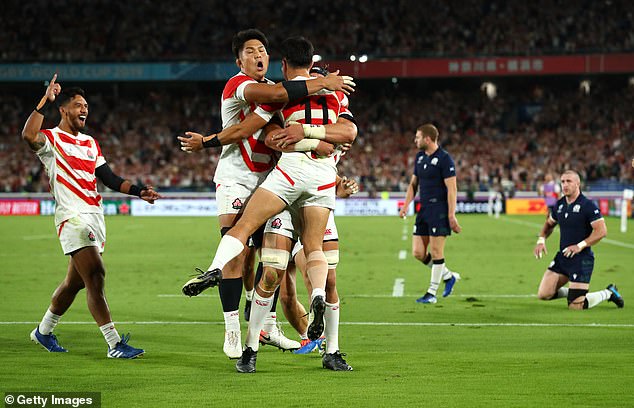 Japan are a team who we have all fallen in love with and who can make rugby a better and more inclusive game — one with genuine worldwide appeal.

Yet all of this will count for nothing if the closed shop of world rugby does not allow Japan to progress immediately.

The cosy club of nations — with long-shared commercial interests — continue to hijack and carve up the game in their interests and to finance their domestic games.

This cannot continue. It is the Six Nations and Rugby Championship — essentially private companies formed by the unions — who dictate how the global game is structured, who is and who is not allowed in, when clearly this has to be the job of World Rugby, the governing body.

The Six Nations and the Rugby Championship want to perpetuate the status quo. They don’t want anybody else joining unless they increase the profitability of that club. That has to change. 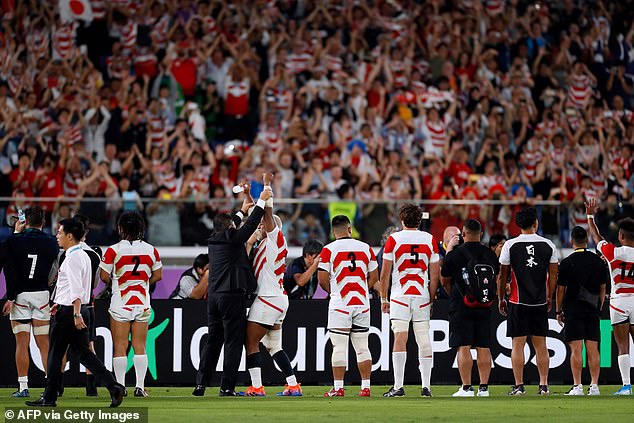 Rugby has been shooting itself in the foot for too long. I am old enough to