Zinchenko goes loco! Manchester City star celebrates Ukraine reaching Euro 2020 by ambushing pundits live on TV... and shouting down the camera during his own girlfriend's interview! Oleksandr Zinchenko wildly celebrated Ukraine's victory over Portugal Ukraine qualified for next year's Euro 2020 after beating Portugal 2-1 Zinchenko let loose after the game and made sure everyone knew how he felt When he was interviewed after the game, he shouted and danced around  He even interrupted team-mate Andriy Yarmolenko's interview live on air

Zinchenko was part of the side that beat Portugal 2-1 in Kyiv on Monday night following goals from Roman Yaremchuk and Andriy Yarmolenko.

The win strengthened Ukraine's standing at the top of Group B and also confirmed the nation's qualification for next summer's tournament. 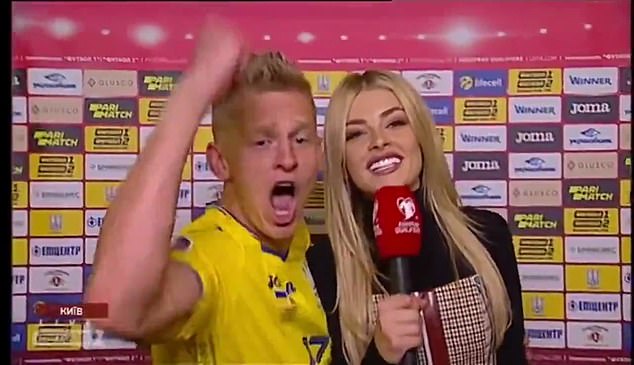 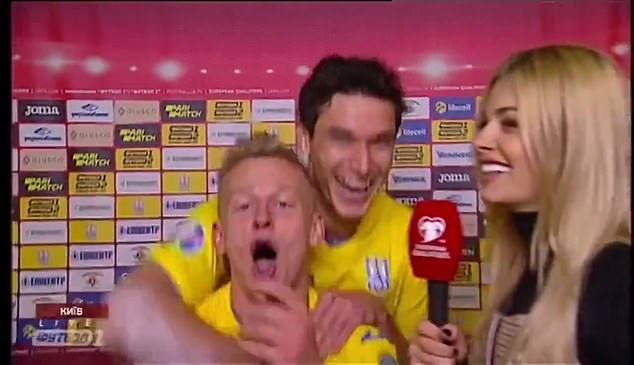