Rory Burns and Joe Denly hit half centuries on slow pitch at Bay Oval as England manage 241-4 on first day of first Test against New Zealand Rory Burns, Joe Denly and Ben Stokes all made half centuries at Bay Oval  It took both Burns and Denly three and a quarter hours to hit half a century The pitch at the Bay Oval, being used for a Test for the first time, was slow

Rory Burns, Joe Denly and Ben Stokes made half centuries as England reached 241-4 after winning the toss on the slow-scoring first day of the first Test against New Zealand.

Along the way, opener Dom Sibley made 22 from 63 balls on his Test debut and captain Joe Root scrambled 2 runs from 22 balls as England progressed at a glacial pace through the first two sessions, at little more than two runs per over. 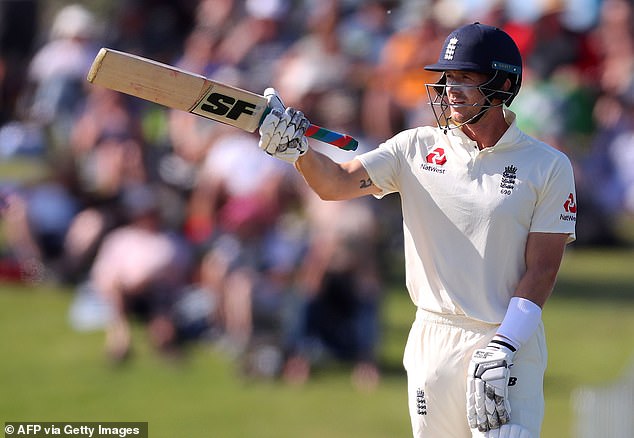 Stokes took 15 balls to get off the mark, then stepped things up and reached his half century in what, by the standards of the day, was a headlong rush - from 91 balls. He was 67 not out at stumps and Ollie Pope was 18 not out.

Root didn't hesitate to bat when he won the toss Thursday but the pitch at Bay Oval, which is hosting a Test match for the first time, proved more complicated than it appeared.

While firm and with a smattering of grass, the pitch was