'We lost control of the game': Arsenal goalkeeper Bernd Leno admits they were fortunate to earn a point at Norwich and says he was 'sad' to see Unai Emery leave Arsenal were fortunate to get a point at Norwich, admits goalkeeper Bernd Leno Pierre-Emerick Aubameyang's brace helped Arsenal twice come from behind  Leno said: 'We played well in first half but lost control and were lucky to draw'

Arsenal goalkeeper Bernd Leno conceded his side were lucky to earn a draw away to Norwich on Sunday.

Two goals from Pierre-Emerick Aubameyang helped the Gunners twice come from behind to earn a point in the Premier League at Carrow Road.

But it could have been different had Leno not made fine saves to deny Kenny McLean and Teemu Pukki in the second half. 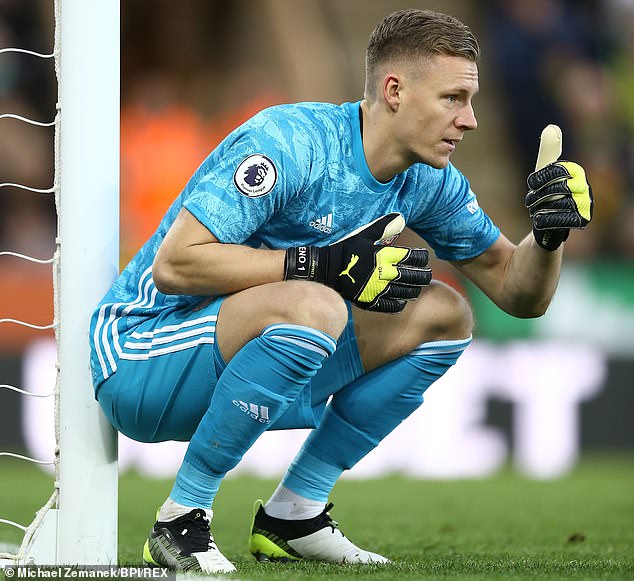 It saw interim manager Freddie Ljunberg begin his spell with a point, but extended Arsenal's winless run to eight which was a factor in the decision to sack Unai Emery on Friday - the morning after a 2-1 home defeat to Eintracht Frankfurt.

Leno told the official club website: 'At the end it was confusing because in the first half we played exactly how we wanted but conceded two goals in transition. In the second half, we lost control of the game and we were lucky to draw.

'It's always strange and sad when a manager loses his job. I think Emery did a very good job for one-and-a-half years, but the club decided to change the manager and something in the team.

'We just have to look forward and we saw the team was different (against Norwich).' 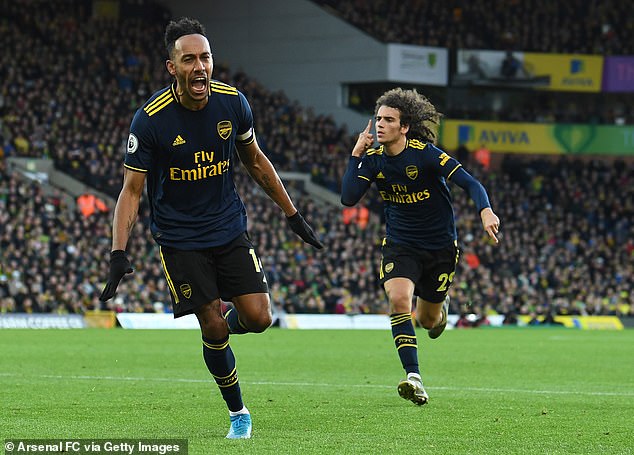