In the 1954 movie classic On The Waterfront, Marlon Brando plays a promising boxer who falls on such hard times, after being forced by mobsters to ruin his career by throwing a fight, that when he is refused even part-time labour as a stevedore in the crime-ridden docks of Hoboken, New Jersey, he cannot afford to feed himself and his girlfriend. 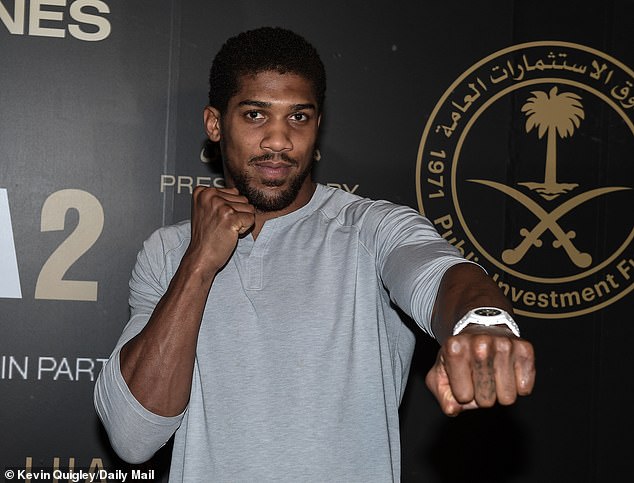 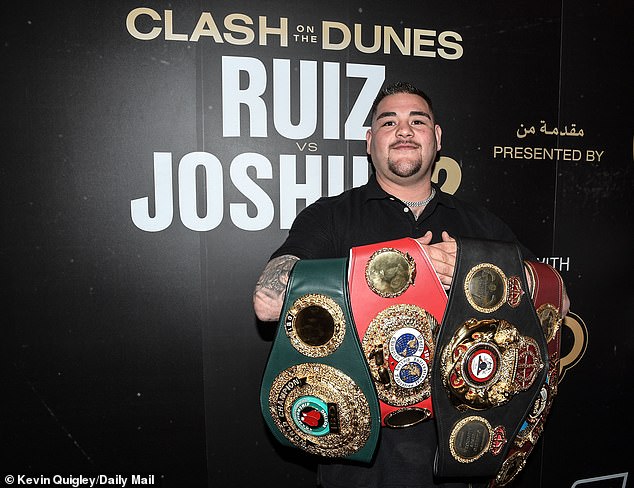 Thus did the great Brando, genius scriptwriter Budd Schulberg and famed director Elia Kazan paint their grim caricature of the destitution to which so many prize-fighters have been abandoned down the decades.

Joshua stood not just 6ft 6in tall but an estimated $60million fortune above the poverty line before he came to strike oil in the Arabian desert. Yet his pending bonanza is now but the fourth highest purse in ring history. Floyd Mayweather has obliterated all the records, if not quite broken the Bank of America.

Two hundred and seventy-five million dollars — spell it out, say it slowly — for giving UFC star Conor McGregor a boxing lesson. Before that, $180m for finally facing Manny Pacquiao, whose compensation for losing came to a comparatively meagre $120m.

McGregor, by the way, picked up the same $85m (£66m) which will give Joshua the heftiest pay-night ever for a British boxer.

Yet richer pickings await AJ in a fight against Deontay Wilder or Tyson Fury next year for the undisputed world heavyweight title, if only he can avenge the monumental upset inflicted on him by Andy Ruiz Jnr in New York's Madison Square Garden six months ago. 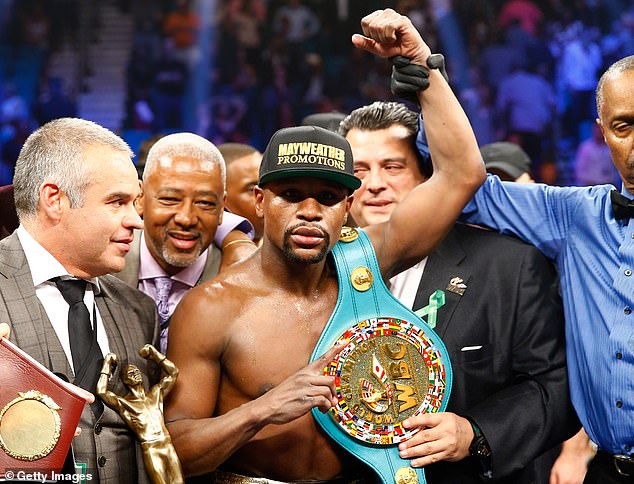 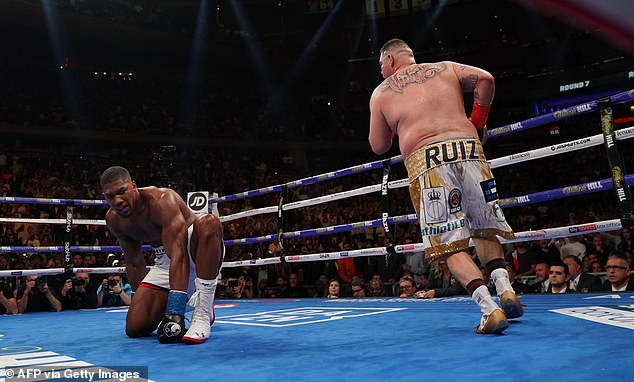 Joshua was humiliated by four knockdowns on his way to that seventh-round KO.

Generous consolation has come with the price Saudi Arabia has been willing to pay to exploit intense interest in this rematch to advertise the dramatic ruins of the ancient city of Diriyah — the Kingdom's original capital — as a heritage tourist site.

Their successful bid to move the fight from Cardiff's Principality Stadium to the temporary 16,000-seat arena that has risen from the dunes in only two months has funded the bulk of the purses. The DAZN digital TV streaming network in America has chipped in. More revenue will be forth- coming from