'He understands what he needs to do... I will stick with him': Chelsea boss Frank Lampard vows to back struggling Callum Hudson-Odoi and is confident the winger will rediscover his best form

Frank Lampard is confident Callum Hudson-Odoi can rediscover his best form soon after holding a series of heart-to-heart chats with the winger.

The 19-year-old burst on to the scene last season where he became an integral player in their run to Europa League glory, but he suffered an achilles injury towards the end of the campaign and has struggled for form since returning.

Hudson-Odoi has rarely started for Chelsea this term and it has been reported that the England international is short of confidence as a result of criticism of his performances on social media. 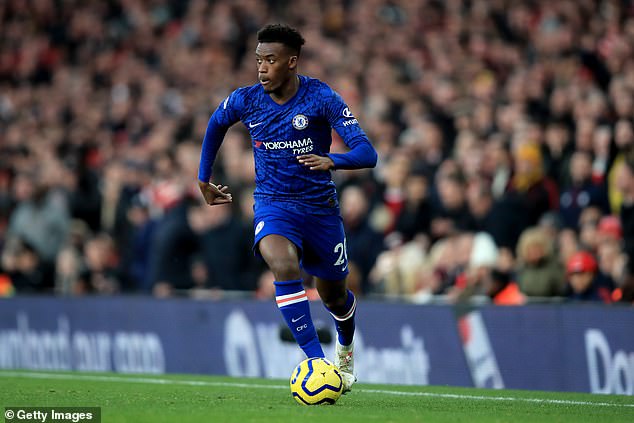 Lampard revealed he has spoke openly and honestly