Pep Guardiola says Manchester City must pray they can close the gap on Liverpool next season after conceding the Premier League title to their rivals.

Liverpool have a 14-point lead over City going into 2020, having dropped just two points in the league all season.

Asked how City can compete with Jurgen Klopp’s side in future, Guardiola replied: ‘Work harder, play better, and pray. 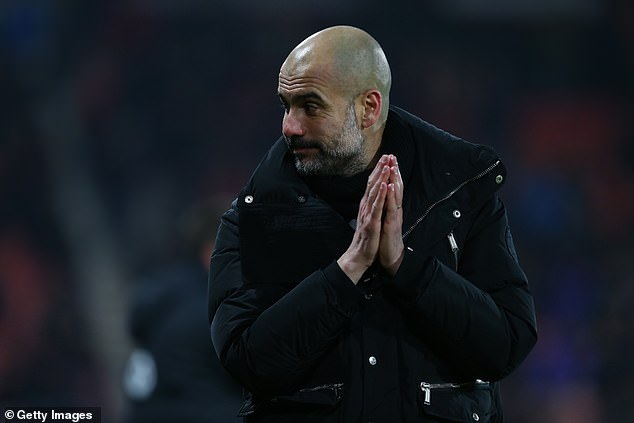 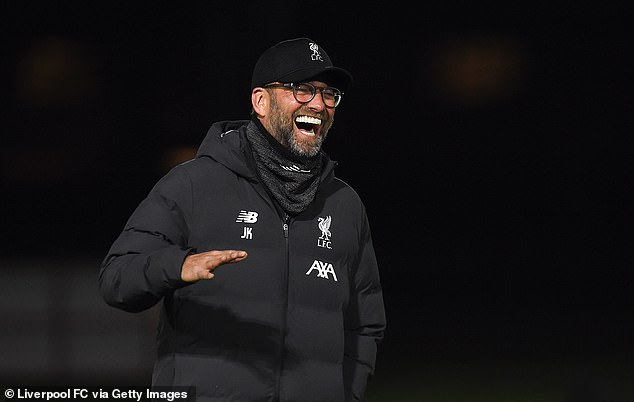 ‘This is a fantastic team. We’ve had problems with injuries, which sometimes happens. But Liverpool have been incredible — European champions and they have dropped just two points.

‘We have to congratulate them. I know the distance is not what it should be but it is what it is.’

As well as the injury situation, Guardiola feels aggrieved over a number of VAR decisions that have gone against the back-to-back champions this season. ‘You know what they are, you know that,’ he said when pressed on the issue.