Jesus struck both goals at the Etihad Stadium on New Year's Day as the Premier League champions claimed a hard-fought 2-1 win against Carlo Ancelotti's new side.

The double took the 22-year-old's tally for the season to 13, eight of which have now come in his last eight appearances. 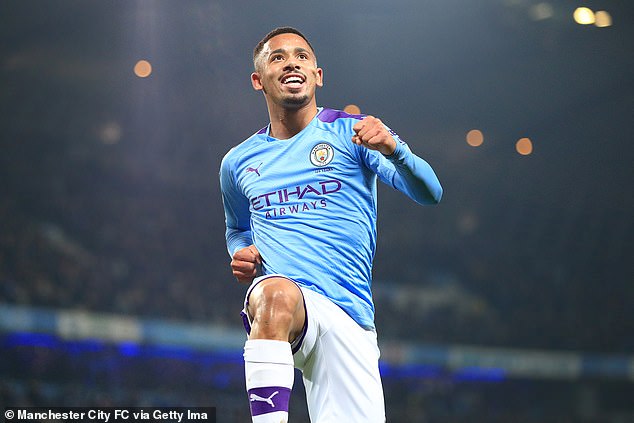 Injuries and a lack of starts due to the brilliance of Sergio Aguero in the centre-forward's position have hampered Jesus since his move to City in January 2017, but Guardiola is pleased with his output.

The City boss, who brought Jesus into the side among five changes, said: 'He's a young player but the way he defends and fights... of course he has to improve, he knows it, and we have spoken together about what he has to do, but I think every day he is better and better.

'What he has shown so far in the period he's been here, he's had ups and downs, but with his age and the injuries he's had, he was excellent.

'Sergio is irreplaceable for what he means to our fans, what he's done in this club, but every year is one season more