Manchester United legend Rio Ferdinand suggests his former side should sign Napoli duo Fabian Ruiz and Kalidou Koulibaly and PSG striker Edinson Cavani... and recommends Boca Juniors midfielder Agustin Almendra as a 'wildcard' purchase Rio Ferdinand offered his thoughts as part of a Q&A with followers on Twitter Manchester United are believed to be in pursuit of a midfielder in January Paul Pogba and Scott McTominay are injured and United need reinforcements

Rio Ferdinand has named the four players he believes Ole Gunnar Solskjaer should sign to galvanise the Manchester United squad.

With Solskjaer struggling for numbers in midfield after injuries to Paul Pogba and Scott McTominay, Ferdinand believes Napoli's Fabian Ruiz would be the best addition to reinforce United's options.

In defence, Ferdinand suggested Ruiz's team-mate and a long-term target for United, Kalidou Koulibaly, would be the strongest possible signing while he also suggested Boca Juniors midfielder Agustin Almendra as a 'wildcard'. 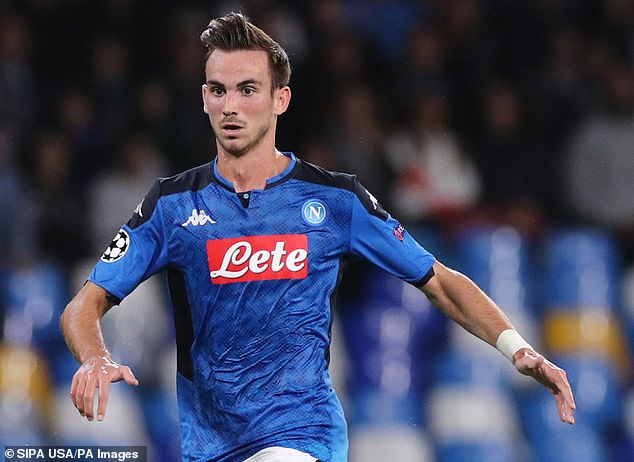