You need only spend a few moments with Alvin and David Martin to see how strongly football bonds this family together, to understand what West Ham means to both of them and just how much they mean to each other.

The father and son are sat on a sofa at Chadwell Heath, the Hammers’ academy training ground. Alvin, the club legend whose face adorns one of the walls there, a tough-tackling defender who made nearly 600 appearances in more than 20 years, and who helped bring the FA Cup to Upton Park in 1980.

Next to him the child he used to bring into the dressing room, now 33, who is expected to start in goal for the club in the third-round clash at Gillingham on Sunday. 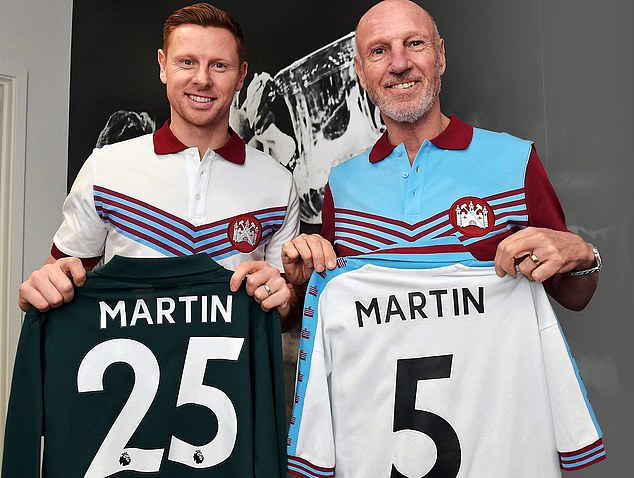 We saw the purest snapshot of that bond in November when David kept a clean sheet on his Premier League debut as West Ham beat Chelsea 1-0 at Stamford Bridge.

David, who had struggled to eat in the days leading up to the game, dropped to his knees at the final whistle, tears flowing, before being mobbed by his ecstatic team-mates while the West Ham fans behind him sung his name. As he was leaving the pitch, he saw his dad up in the press box, hurdled the hoardings and ran up to embrace him. Both men were in tears.

‘When I saw him, I just thought “I’ve got to share this with my dad”,’ says David. ‘It was a magical moment, something I will never forget.’

And neither will his dad. ‘It was emotional for me, not because West Ham had won and David had kept a clean sheet, but because I knew what it meant to him,’ says Alvin. ‘And I also knew what it would mean if it hadn’t gone well. As a father, it’s the same if something beautiful happens with one of your kids or something dreadful happens. The pain or ecstasy are far in excess of what you experience as a person yourself.’ 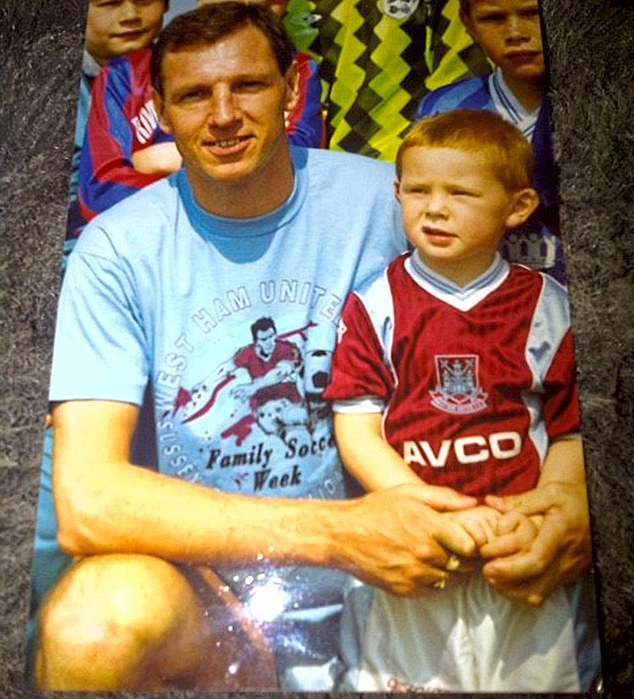 With five minutes left on the clock at Stamford Bridge, it was Alvin who was the most nervous. There’s nothing more uncomfortable than not being in control, he says. Beforehand, it was David, a player who felt their Premier League debut may never come, let alone for his boyhood club.

‘The pressure going into the game, I didn’t want to let anyone down,’ he says. ‘I remember in the morning in the hotel in Chelsea sitting on the edge of my bed thinking I don’t know whether I can do this. I was like that all the way up to about five minutes before the game when I said: I can do this. Nobes (Mark Noble) came up to me right at the start and said ‘Whatever happens now, you’ve played in the Premier League’. That helped settle me down a little more.’

As it happens, though, Alvin and David have hardly spoken about the game since. 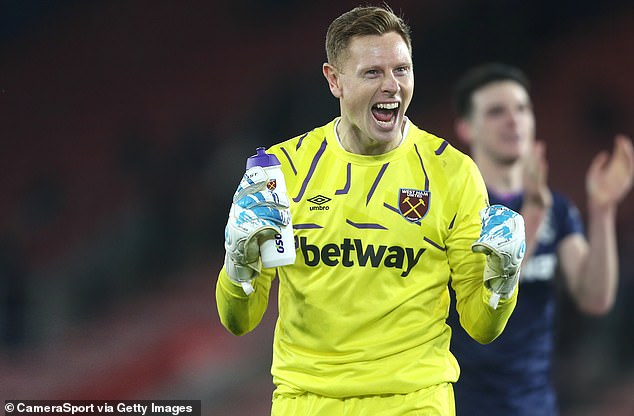 And to the rest of the Martin clan too. Alvin’s 88-year-old mum Evelyn, who David calls ‘the godfather of the family’, had been seriously ill at the time, having suffered a stroke, fallen in hospital and broke her hip.

‘We were really worried at the time she wasn’t going to make it,’ says Alvin. ‘I’d parked my car away from the stadium so made the phone call to her on the walk back over the bridge. She was so excited. It was a tremendous lift for her as well.’

It had been while Alvin was visiting her in hospital that David had told his dad that he had signed for West Ham, having been released by Millwall in the summer. ‘The timing could not have been better for our family.’