Crystal Palace appeal Luka Milivojevic's red card in FA Cup defeat by Derby after clash with Tom Huddlestone which saw referee Michael Oliver use pitchside VAR monitor to aide his decision Luka Milivojevic was sent off in Crystal Palace's FA Cup defeat by Derby  The Serbian was initially shown a yellow card along with Tom Huddlestone  Referee Michael Oliver used pitchside VAR monitors to then give him a red But Palace have cited four similar incidents where red cards were not shown  Milivojevic could miss games against Arsenal, Man City and Southampton

Crystal Palace have appealed the red card shown to captain Luka Milivojevic in their defeat to Derby County in the FA Cup third round.

Milivojevic clashed with Derby midfielder Tom Huddlestone and not only kicked out at him, but also moved his head towards the former Tottenham man.

Referee Michael Oliver watched a replay of an incident between the two players and five minutes later overruled his original decision of a yellow card to send off the Eagles skipper midway through the second half. 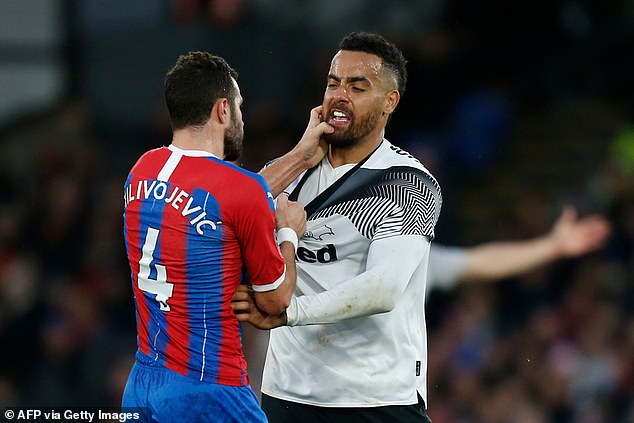 Palace however are citing four previous examples of similar incidents which did not result in the player in question being sent off,