'Yes to Neymar!' Barcelona star Antoine Griezmann wants club to re-sign Brazilian star despite meaning both of them could battle for one spot Barcelona striker Antoine Griezmann reportedly wants Neymar back at the club  The Brazilian left for PSG in 2017 in a bid to establish himself as the world's best Now reports in Spain claim that Griezmann has given his approval for his return

Antoine Griezmann has given Barcelona the green light to re-sign Neymar from PSG this summer, despite the Brazilian possibly putting his place in the team at risk, according to reports from Spain.

Neymar left the Nou Camp in 2017 for the French champions in search of pastures new, with the Brazilian often being left in the shadow of fellow forwards Lionel Messi and Luis Suarez.

His £200million move to the French capital was intended to heighten his profile and give him a better chance of winning the Ballon D'or, with the forward the figurehead of the team. 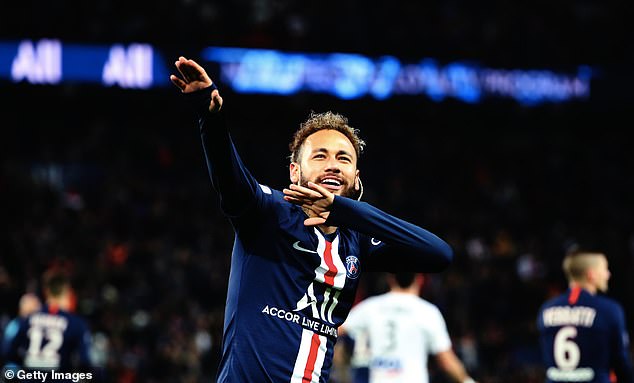 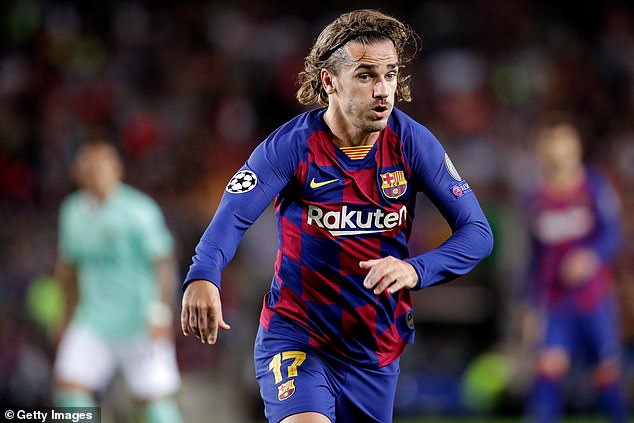 But the transfer has not quite gone to plan, Neymar being plagued by injuries in recent seasons and failing to propel the club to the latter stages of the Champions League as they crave.

Now he has been heavily linked with a return to Barca, and Griezmann wants the club to do a deal to bring him back, according to Spanish outlet Mundo Deportivo.

Many pundits in Spain say that the return of Neymar would put Griezmann's place in the side under pressure and create uncertainty around his future, as well as that of winger Ousmane Dembele. 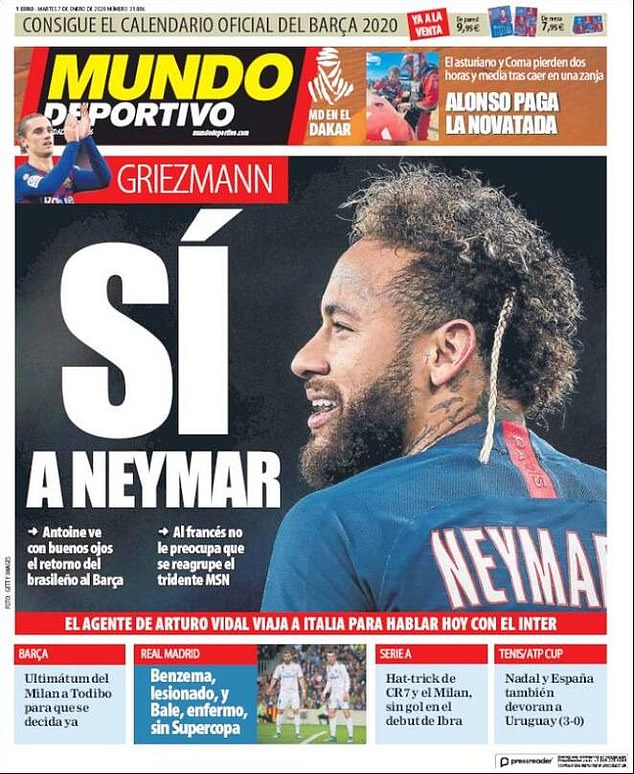