Joel Embiid's left ring finger looked like the top of a used bendy drinking straw, grotesquely overlapping his pinkie to the point that it seemed he had his fingers crossed.

'I nearly threw up when I saw that,' 76ers guard Ben Simmons said.

Simmons' stomach was soon settled, and so were the Sixers when Embiid needed nothing more than a quick trip to the locker room and some tape. 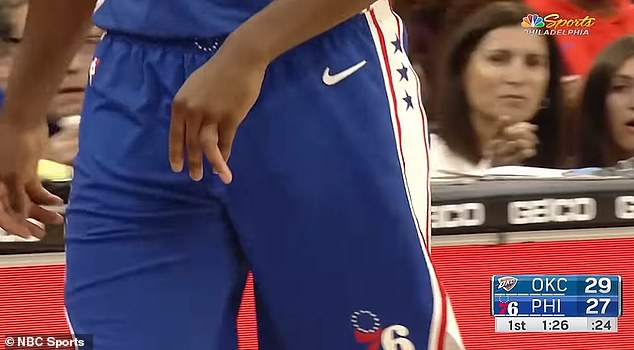 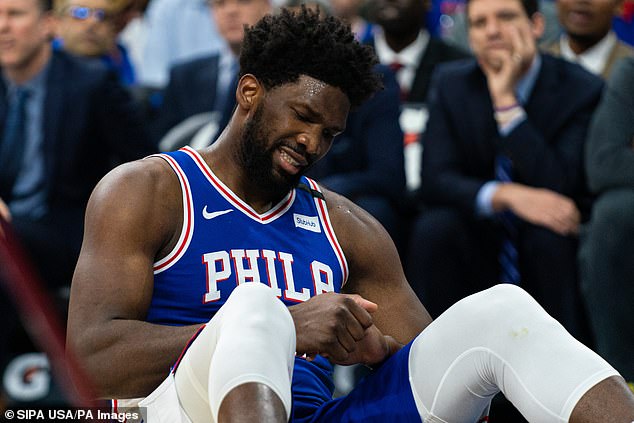 Embiid played through the unsightly injury and scored 18 points, Simmons had 17 points and 15 rebounds and Philadelphia snapped a four-game losing streak, beating the Oklahoma City Thunder 120-113 on Monday night.

The 76ers lost all four games on a trip that knocked them down the Eastern Conference standings and raised questions about how far this team can go in the playoffs.

They usually last in the postseason as long as a healthy Embiid can take them.

The All-Star center dislocated his finger in the first quarter. Embiid returned to start the second quarter, though the injury prevented him from playing with his usual force on the glass and he lost a bunch of rebounds to Steven Adams.

'I felt my finger snapping and I thought I fractured it,' Embiid said. 'They did some X-rays and said it was nothing.'

Embiid said there was a chance he might not play Thursday against Boston.

'I couldn't go up with two hands,' Embiid said. 'There were a couple of times I could have grabbed with both hands but I just couldn't. I just kept tapping it.' 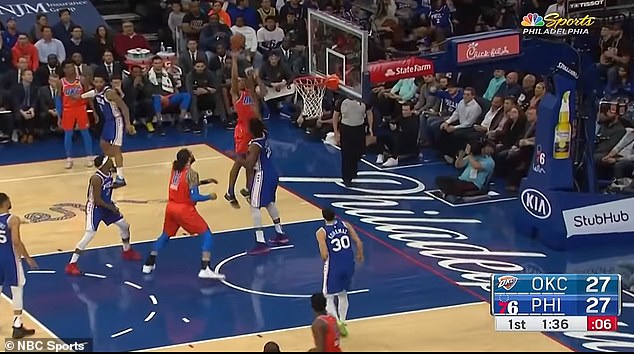 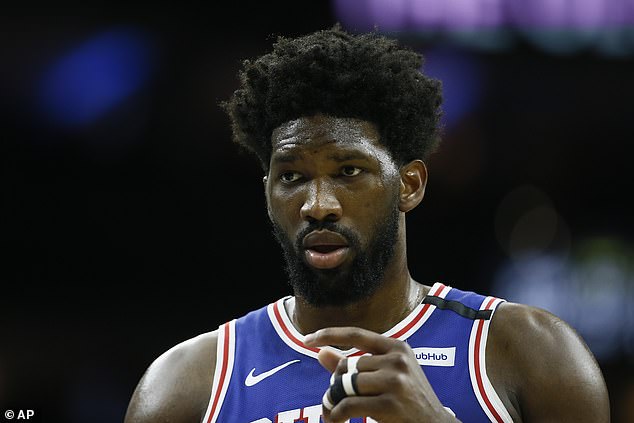 Despite such a gruesome injury, Embiid played the whole match but may miss the next one 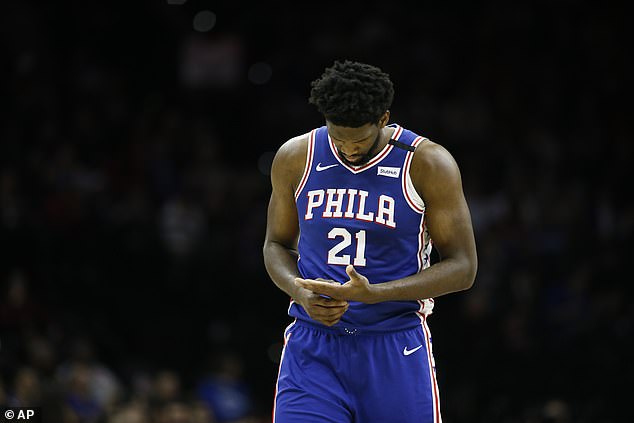